"The 2016 expansion of Panama’s Canal, and the many trade missions to Panama attended by local and international industry leaders in 2015-16, provide the perfect opportunity for our community to engage directly with individual business owners and public and private sector representatives from abroad."

—Jacqueline Brettner, executive board for the Panama Gateway International Association [PGIA] and partner at Carver Darden law firm. PGIA has selected New Orleans to be the host city for its inaugural international business summit, Focus Forward 2016 — New Orleans & Panama: Gateway to the Americas, scheduled for October 13-14, 2016 at the JW Marriott New Orleans. For more information and to register, visit panamagateway.org/event/gulf-coast-summit/

The Louisiana Association of Nonprofit Organizations has awarded its 2016 Force for Good Award for Nonprofit of the Year to the Emeril Lagasse Foundation.

Headquartered in New Orleans, for nearly 15 years the foundation has been creating opportunities to inspire, mentor and enable youth through culinary, nutrition and arts education with a focus on life skills development. This has included the distribution of over $7 million to children’s organizations and the funding of seven teaching kitchens and five culinary gardens. 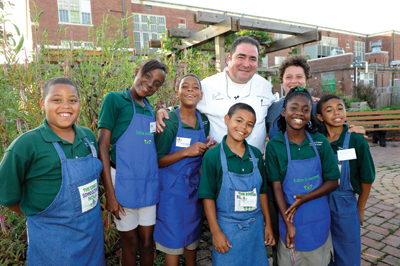 The New Orleans BioInnovation Center has been awarded $50,000 from the U.S. Small Business Administration’s (SBA) 2016 SBA Growth Accelerator Fund Competition. The center was the only winner from Louisiana among a pool of 68 awardees from 32 states chosen to receive $3.4 million in total prizes. The BioInnovation Center offers facilities, free consulting, educational events and the BioFund capital program to emerging innovators from across Louisiana in healthcare and the life sciences. 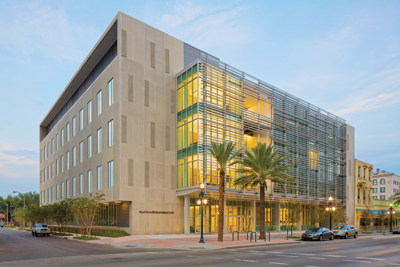 Louisiana is the No. 6 most tax-friendly state in the nation according to Yahoo Finance.  The website adds that “…property taxes are the third-lowest in the nation,” and “at 20 cents per gallon, Louisiana’s gas tax is well below the national average of 30 cents.”

The Top 10 Most Tax-Friendly States are:

The Grace Anne Dorney Pulmonary & Cardiac Rehabilitation Center at Tulane Medical Center was unveiled on September 8. The center is named after Grace Anne Dorney-Koppel, the wife of senior CBS Sunday Morning contributor and former Nightline anchor Ted Koppel. Both attended the opening. The center is located on the hospital’s seventh floor, conveniently adjacent to the pulmonary clinic and respiratory therapy department. 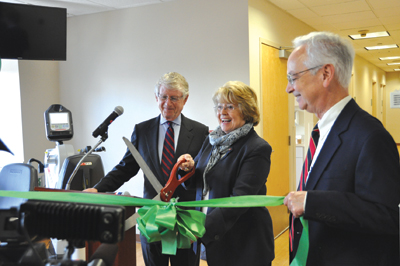 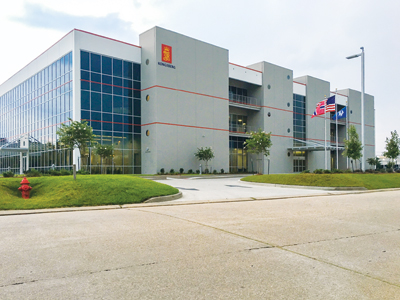 Tulane broke ground on the expansion of its A.B. Freeman School of Business on September 9. The project will unite the school’s two building footprint into a unified structure called the Goldring/Woldenberg Business Complex. 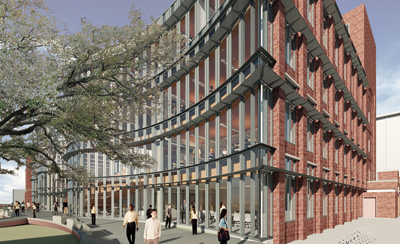 Hotel 504, at 1300 Canal Street, will be transformed into B Hotel New Orleans: The multi-million dollar renovation begins mid-October. Expected to open in mid-2017, the hotel is part of the B Hotels & Resorts brand and will feature 157 guestrooms and suites, meeting space, a restaurant, courtyard and bar. 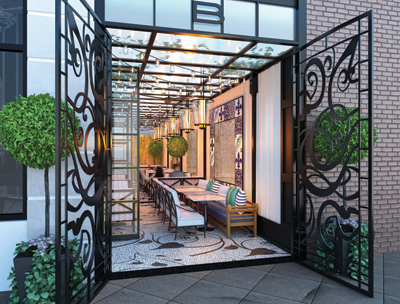 Nordstrom Rack will be the newest retailer to join The Outlet Collection at Riverwalk on October 6.

The historic headquarters of the former New Orleans Public Service (NOPSI) at 317 Baronne Street is being redeveloped as a luxury hotel called NOPSI Hotel, New Orleans. Originally opened in 1927, the nine-story brick building is set to open again in spring 2017 as a luxury 217-room hotel that includes a restaurant, 10,000 square feet of meeting space and a rooftop pool and bar. 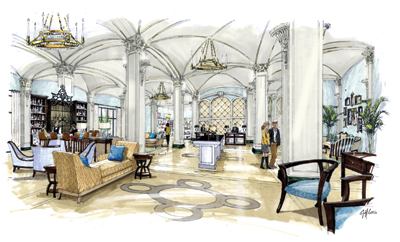