"The life sciences represent a high-growth sector in Louisiana in terms of building companies and creating jobs…We have already come a long way and there is great optimism for the future."

To read the report, visit bakerdonelson.com/louisiana-life-sciences/

On January 9, 123 third-year medical students attended Ochsner Clinical School’s sixth annual White Coat Ceremony, the largest since the school opened in 2009. Traditionally held during the first year of medical school, Ochsner’s is held during the beginning of the third year as students embark on the clinical phase of their education. The school is run in partnership with the University of Queensland in Australia, where students spend their first two years of study. 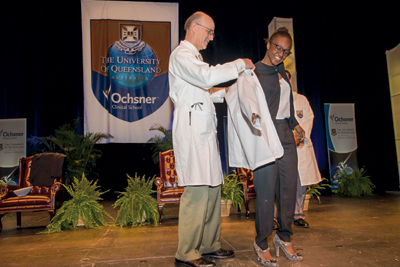 Volunteers of America Greater New Orleans launched a mentor drive last month in honor of National Mentoring Month. The drive hopes to draw adult mentors, particularly men, who would like to make a positive difference in the lives of local children age 4 to 18, who have an incarcerated parent or guardian or youth age 14 to 24 who have been involved in the juvenile justice system. Statistics show that 70 percent of children with a parent in prison will eventually be incarcerated themselves. Volunteers are asked to commit to 8 hours a month with their mentee for a minimum of one year. For more information, visit voagno.org or call (504) 836-8701. 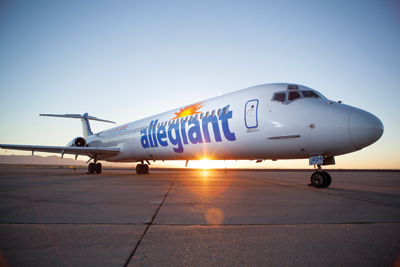 The newest business incubator in New Orleans opened to the public January 14 at 625 Celeste Street in the Lower Garden District. The 20,000-square-foot co-working space and small business incubator offers tenants options from private offices to lounge-style spaces, along with a long list of amenities including receptionist services, a full gym, secure filing storage, free parking and video conferencing equipment. 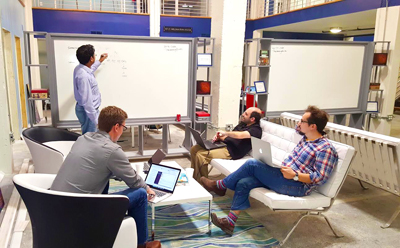 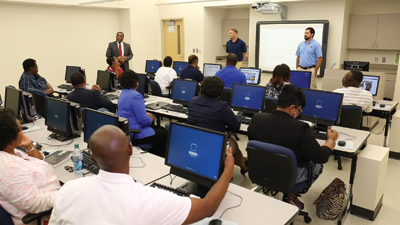 Panavision, a leader in designing, manufacturing and renting lenses and camera systems, and postproduction leader Light Iron opened their expanded new facility at 837 Distributors Row in New Orleans on January 16. The 30,500-square-foot facility will offer turnkey solutions for filmmakers from pre-production through delivery. 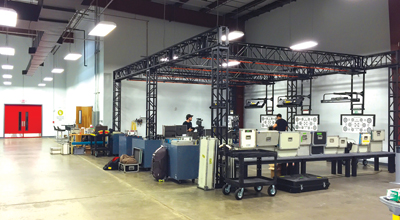 G2X Energy, a developer of advanced natural gas to methanol projects based in Houston, broke ground of a world-scale methanol production facility in Lake Charles, Louisiana on January 13. The Big Lake Fuels Methanol Plant, once complete, will produce 1.4 million metric tons of commercial-grade methanol per year and will have the necessary facilities to convert methanol to automotive gasoline in the future.

New Orleans TV station WYES broke ground on phase two of the WYES Innovation Center for Educational Media at 916 Navarre Avenue on January 20. The $16.7 million Innovation Center will serve as home to the station’s new educational initiatives, award-winning documentaries, locally produced series and PBS programming. When it opens in 2017, the center will complete the station’s facilities that were destroyed during Hurricane Katrina.

Seattle-based retailer Nordstrom is scheduled to open a 35,000-square-foot Nordstrom Rack store at The Outlet Collection at Riverwalk this fall. The off-price retail division of Nordstrom, Nordstrom Rack offers everyday savings of 30 to 70 percent off regular prices. Planned for the south side of the mall, the addition will represent the third Nordstrom Rack in Louisiana — the Mall of Louisiana in Baton Rouge opened one October 1, 2015 and another will open March 10, 2016 at Ambassador Center in Lafayette.

The new North Terminal at Louis Armstrong International Airport broke ground January 14. Construction manager Hunt-Gibbs-Boh-Metro will complete the new terminal for an opening date of Oct. 1, 2018.  In total, the project will generate nearly $1 billion in direct investment in the region and create over 13,000 new construction jobs. The 760,500 square-foot terminal will feature 30 gates and a 2,300-car parking garage.

Categories: Around Town, In Other News, The Magazine