Improving the Future of Louisiana

The Committee of 100 for Economic Development, Inc. promotes public policy that improves Louisiana’s competitiveness and the quality of life for Louisiana residents. 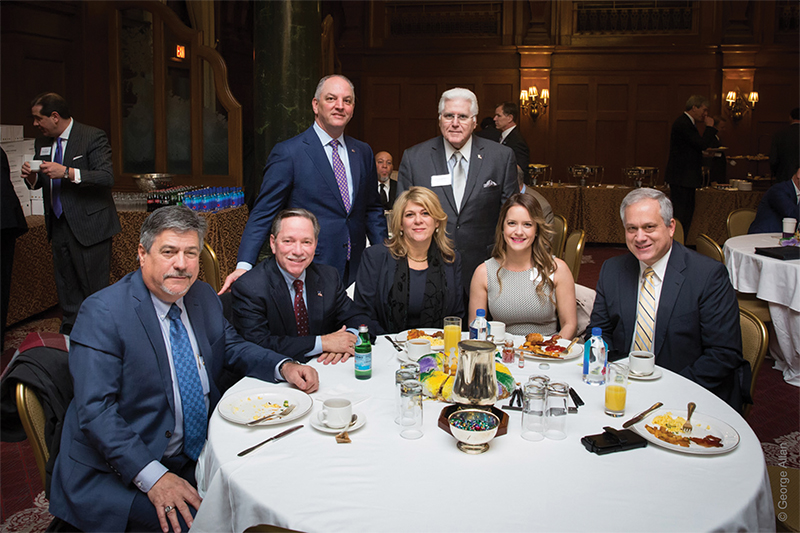 When it comes to the economic health of Louisiana — more specifically, promoting positive change in government, education and the economy — the Committee of 100 for Economic Development, Inc. is the go-to organization for business engagement in public policy. The non-profit, non-government organization is supported by private sector business leaders and operates as a business roundtable. Its main purpose is to build coalitions and partnerships that affect public policy in terms of economic and business development in Louisiana.

The organization began in 1992 to impact public policy that made a difference in how state government approached business and economic development. The membership is composed of senior executives from businesses across the state and includes 10 university presidents. Members are invited based on their interest in a non-partisan approach to public policy issues that affect business and economic development. Michael J. Olivier is former Secretary of Economic Development for the State of Louisiana and a Certified Economic Developer who was recruited to become the CEO in October 2009. In this role, Olivier provides leadership for Committee members and coordinates the Memorandum of Understanding with the Louisiana Department of Economic Development.

The Committee of 100 fulfills its mission to assist the state in attracting and retaining industry through a three-part program. First, the organization cooperates with and assists the Louisiana Economic Development Department and regional economic development organizations. Secondly, C100 engages with other entities — such as the Council for a Better Louisiana, Public Affairs Research Council, the Louisiana Association of Business and Industry, and others — that seek to positively influence public policy on business and economic development. Finally, C100 keeps its members informed about the organization’s activities so their views are heard regarding specific projects and policy.

“As Louisiana’s Business Roundtable, we are in our 27th year of operation, always seeking to maintain a nonpartisan impact on public policy that will be good for all of Louisiana,” Olivier said. “There are 25 Business Roundtables in the USA, and C100 is recognized as one of the most successful.”

Over the years, the Committee of 100 has had numerous successes. “C100 worked with state government leadership supported by KPMG to develop practical strategies to reduce the cost of government, improve its services and devise a plan to carry the state forward into the 21st century,” Olivier said. “In 1993, the state’s public and private sectors joined in creating and funding the Select Council on Revenues and Expenditures in Louisiana’s Future (SECURE), working for two years in developing these recommendations.”

In 1995, SECURE completed a two-year study and made 400 recommendations to reduce the cost and improve the services of state government. Six years later, the Louisiana Association of Business and Industry conducted a study showing that the actions recommended by SECURE and implemented by the state, had generated approximately $2.1 billion that was used to reduce the state’s debt, solve problems with Medicaid funding, and increase education funding at all levels.

Other important projects over the years have included working with business leaders in New York City after hurricanes Katrina and Rita to promote recovery in the state, as well as meeting with finance and business contacts in New York City after the BP oil spill to show that Louisiana was still in business. C100 also co-financed a study with the Economic Development Administration to establish a business development strategy focusing on Latin America, and has led business missions to France, Panama and Mexico in support of business development in Louisiana.

“Our current focus is Reset Louisiana’s Future, a coalition with the Public Affairs Research Council of Louisiana and the Council for a Better Louisiana,” Olivier said. “The coalition is sharing public policy with every candidate seeking legislative office in the 2019 election. The Reset coalition is conducting 10 meetings in every part of the state with candidates to provide the best public policy that can be used in each candidate’s election campaign in the areas of education, public safety, transportation infrastructure and tax/fiscal reform.”

C100 chooses industry sectors on which to focus that directly affect business attraction and retention through a memorandum of understanding with the Louisiana Department of Economic Development (LED) that has existed since 2010.

“LED focuses on a targeted industry approach based on Louisiana’s assets and resources,” Olivier said. “We must stay current with the principles of economic and business development utilizing the newest tools in the profession to make Louisiana competitive. C100 support of the LED through the MOU is an important feature of the business roundtable activity.”

As a result of Louisiana’s multimodal assets, especially its deep-water and river ports system, the state has maintained a competitive position in International Trade.

“Louisiana’s location on the Gulf of Mexico and our Mississippi River location, combined with our natural resource capacity, distinguish our state from many areas of the country and the world,” Olivier said. “C100 is pleased to have both the Port of South Louisiana and the Port of New Orleans as members, as both represent two of the largest ports in the world and are critical to the economic success of our state and region.”