As the world of “pop-ups” continues to grow and evolve culinary horizons locally, ice cream has moved to center stage, with two notable newcomers popping up in just over the last year.

To understand the ice cream revolution currently happening in the Crescent City, it’s important to understand the product before meeting the players. American ice cream is often referred to as “Philadelphia” style, a label born out of the 1787 Constitutional Convention, which took place in the City of Brotherly Love. 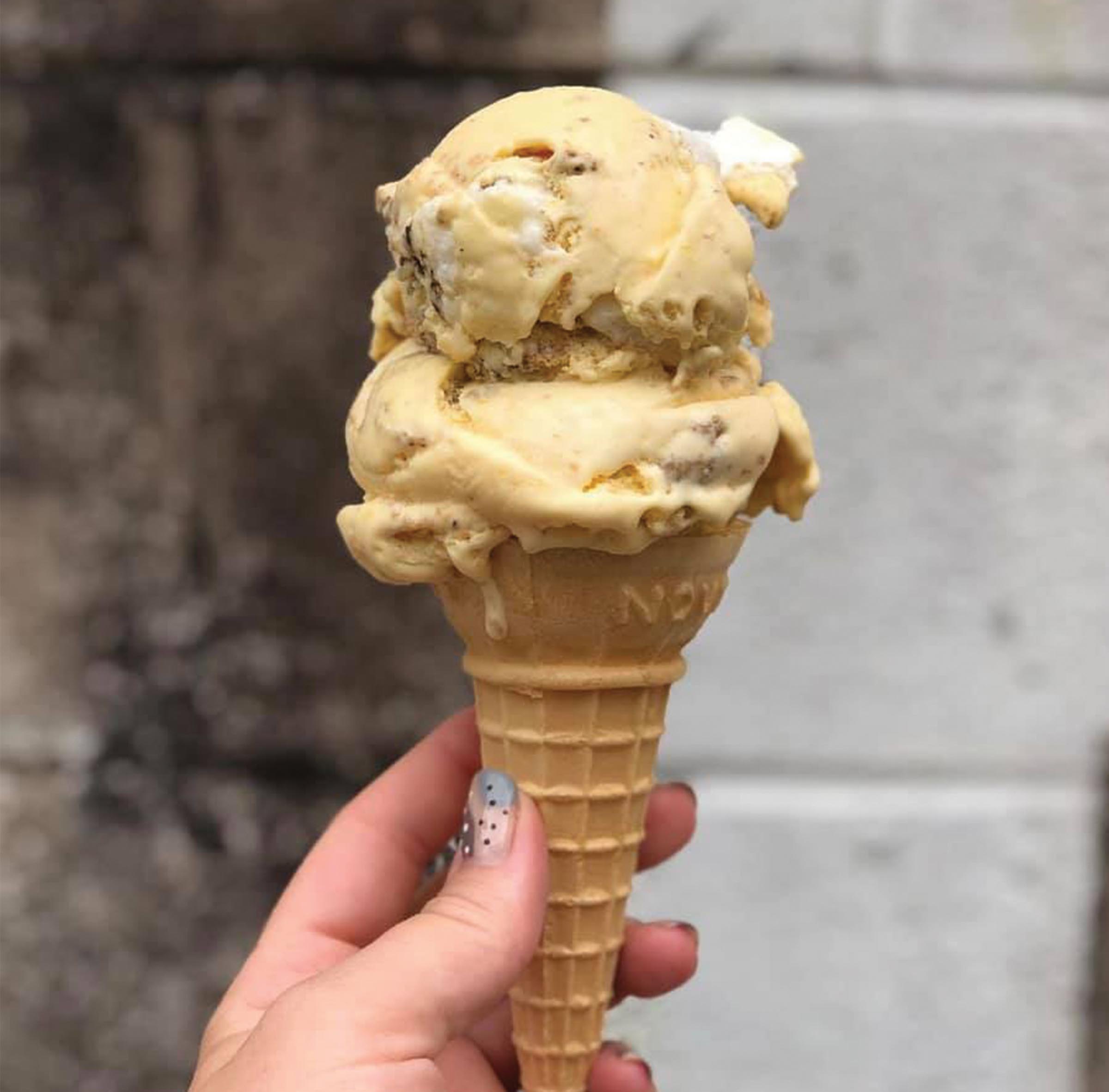 Rahm Haus Ice Cream
Most ice creams produced by Jillian Duran of Rahm Haus Ice Cream are of the Philadelphia style. When Duran relocated to New Orleans from Long Island, New York, in 2015, her work experience included everything from Chinese eateries to Michelin-starred restaurants, where the self-described “art school drop out” found her true calling in the composition and esthetics of fine dining’s plated desserts. In New Orleans, Duran found herself working at Maypop, where Chef Michael Gulotta welcomed her exotic palate and sensational flavor combinations. In early 2020, the budding pastry chef was studying German in anticipation of an exclusive internship at CODA, Berlin’s two-star “dessert dining” phenom, but the pandemic changed that.

While furloughed and on unemployment, Duran pursued her passion for frozen desserts, founding Rahm Haus in a nod to the missed opportunity in Germany. (“Rahm” is the German word for “cream.”) She offered her former boss a nominal sum for use of Maypop’s professional 2-quart ice cream maker. Gulotta agreed, allowing her free access to Maypop with the stipulation that he would be her first customer, immediately featuring her ice cream at his flagship restaurant, MoPho, which remained open during the pandemic. On July 28, 2020, the first Rahm Haus menu appeared on Instagram and the fledgling business took off.

Laozi Ice Cream
Laozi Ice Cream brought redemption to Sam Caruso, a former heroin addict who began selling his product in March 2020. Named for the ancient Chinese philosopher who inspired him with quotes like “Victory comes from finding opportunities in problems,” Caruso was newly in recovery when he began selling quarts of his ice cream for cash. The erstwhile restaurant worker soon enrolled in Delgado’s pastry program and learned how to properly make a proper custard base used to create his French-style ice cream.

Neither business has its own storefront yet. Rahm Haus operates out of Courtyard Brewery in the Lower Garden District. Laozi Ice Cream sells from the back porch of Blue Dot Donuts in Mid-City. Both ambitious entrepreneurs are working hard to make New Orleans a little sweeter, one scoop at a time.