Hyperphlyy Breaking Sound Barriers One Country Song At A Time 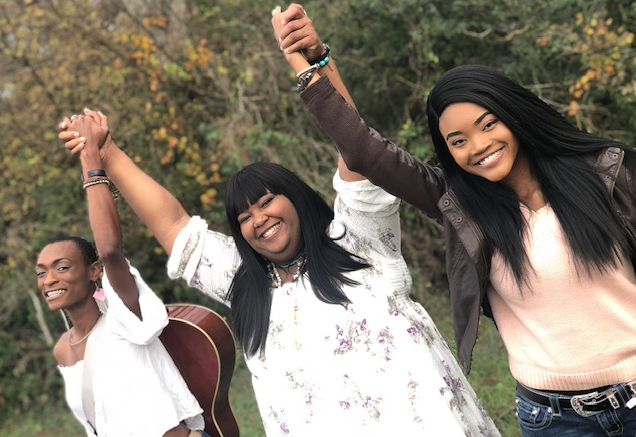 Trea Swindle, Danica Hart and Devynn Hart of New Orleans-based country and soul band Hyperphlyy say they draw upon their family ties to create a connection with every audience they encounter. CREDIT: Hyperphlyy

In 2011, Trea Swindle, 29, a former corrections officer, couldn’t get a ride from the Louis Armstrong New Orleans International Airport back to Poplarville, Mississippi, so she headed to New Orleans instead and decided to stay.

In 2014, Swindle’s first cousin Danica Hart, 28, a former mental health technician and Grammy nominee, lost her job and moved to New Orleans to “give music a try.” She and Swindle had been singing together since they were toddlers in Poplarville, and they were soon busking in the French Quarter together for tips.

In 2018, Hart’s younger sister Devynn Hart, 21, a former dental assistant, also lost her job and decided to follow Danica to The Big Easy to join the band.

It sounds like the classic makings of a hit country song, and that’s just what these three vocalists of New Orleans-based country and soul band Hyperphlyy (pronounced Hyper-fly) are banking on.

“We started as a duo on Royal Street, and I don’t think we realized how much money we were making as street performers,” said Danica Hart. “But we were actually doing really well. We think that the country music industry has opened up over the last few years, so, hopefully, by the time we burst through the doors, our color or race won’t be much of an issue and the focus will be on our music and live performances and changing lives.”

According to the Country Music Association (CMA), more than 139 million U.S. teens and adults listen to country music due to a nine percent listener growth rate over the past five years. The CMA also found growth has been significantly driven by untraditional audiences, most notably Hispanics and African Americans of which many are young adult listeners.

“We are looking forward to introducing the city to us as new artists, we are excited to present our new music live and seeing what people really think about it, and having all of our New Orleans and Mississippi fans merge for a crazy night of Hyperphlyy,” said Hart of Friday’s album release party that’s open to the public.

The family band says “Out The Mud” is an harmonious fusion of the sweet and southern sounds of contemporary country and the smooth and sexy sounds of old school soul music, with a little bit of gospel, R&B and hip-hop thrown into the mix.

“We just write what we love and pray that there are a few people in the world who get it and can relate,” said Hart.

Hyperphlyy spent $25,000 producing “Out The Mud,” not including pre-production costs. The band raised money for their new release charging up to $550 for singing gigs and soliciting donations and sponsorships through its website.

“We are all such creative beings and great writers so we knew if we were going to take a chance with a project this size, we would have to pull out all the stops with our own music,” said Hart about “Out The Mud’s” original tracks including “Country Paradise,” “Let’s Truck,” “Wheels Are Wings” and “Shots Fired.” “Once we release our music on streaming outlets, we hope to let the people and numbers speak for themselves. But we can’t wait until we have several songs on the charts at the same time and everyone can’t escape the sound of Hyperphlyy.”

“I think it’s safe to say that we are introducing a new genre on this album, and we have had so much fun putting it all together,” said first cousin Swindle. “A lot of people say they might not listen to country music, but it is so important to know that this is music for the soul. It doesn’t matter who you are or where you’re from. There is absolutely something on this album that anyone can identify with.”

“We didn’t think of going into country music as a business decision at all,” said Hart. “It’s just who we are. We felt incomplete just singing and playing party music every week. We just took a leap of faith and did what our hearts desired. It’s authentic and it’s what has given us the biggest payoff.”

In 2016, Hyperphlyy released an EP called “Made For Me,” the band performed at French Quarter Fest last year with Irma Thomas, they organized a “Freedom Tour” around the Southeast and collaborated with the Baton Rouge-based band LeRoux for LeRoux’ upcoming album.

In June, Hyperphlyy was invited to headline the New Orleans Festival in Innsbruck, Austria. “We do think it is cost-effective to tour internationally, but you have to know the importance of knowing your value,” said Hart. “Know exactly what to tell promoters to accommodate you with.”

The band anticipates that most of its revenue will come from its music and merchandise sales including Phlyy Girl and Phlyy Guy T-shirts, and Hyperphlyy hats, backpacks and iPhone cases. They plan to reinvest profits back into the band.

“We hope that people see our vision and want to help us go further,” said Hart. “By 2029, we hope to be the highest-paid women in the music industry. We hope to be philanthropists, change the world through music and help people reach their greatest potential.” 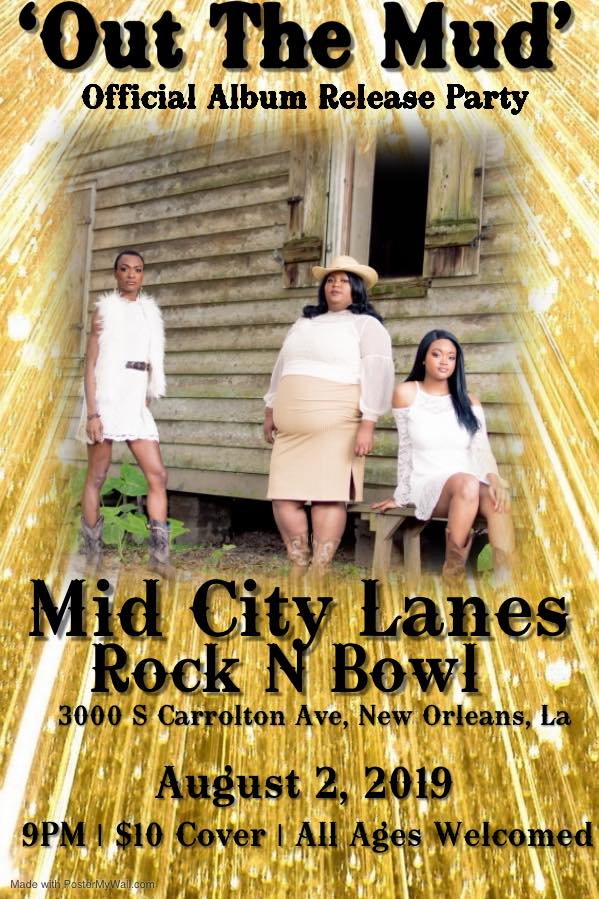