How We Stack Up

A look at the New Orleans regional market in context

To a certain extent, it’s futile to compare New Orleans to other places. A point of regional pride is that we defy comparison and categorization, that our way of doing things—our culture, our commerce, our vibe—is emphatically not like that of any other place. And in many wonderful respects, that’s certainly true.

Nevertheless, it’s always helpful to know how our region measures up to others. Job-seekers, corporate leaders, investors, and the just plain curious are making increasingly informed decisions about where to put down roots, and as locals, we can find some unexpected insights about our hometown.

The recent release of the U.S. Census Bureau’s 2014 American Community Survey, which compiles results of questionnaires sent to households throughout the country, provides a good lens through which to view a few key quality-of-life indicators in our area and to compare them to others in the United States. (For reference, the New Orleans metropolitan area, according to its official designation by the Census Bureau, is made up of Orleans, Jefferson, St. Bernard, Plaquemines, St. Charles, St. John the Baptist and St. Tammany parishes.)

In terms of population, our 2014 metro area population of 1.25 million is roughly equivalent to Richmond, Virginia (1.26 million), and Raleigh, North Carolina (1.23 million). Out of the 381 metropolitan areas in the country, New Orleans ranks 45th.

Our region’s income levels, meanwhile, trend somewhat lower. The New Orleans metro area’s 2014 median household income of $46,784 ranks 235th out of 381, comparable to that of Dayton, Ohio, and Tampa-St. Petersburg, Florida. The highest median income of $96,481 in the country belongs, not surprisingly, to San Jose-Santa Clara, California, and the lowest to Brownsville, Texas, whose median household income is $32,093. Highlighting a subject of increased scrutiny, however, our area ranks high in terms of the percentage of households earning $100,000 or more (131st) and also the percentage earning less than $35,000 (122nd). Indeed, a Bloomberg study released last year indicated that New Orleans ranks second only to Atlanta in measures of income inequality.

The New Orleans area is also a reasonably expensive place to live. Our median home value of $174,200 ranked 126th in 2014, comparable to Lawrence, Kansas, and Albuquerque, New Mexico. (The region with the lowest median home value? That’s Brownsville, Texas, at $76,200.) According to the Department of Housing and Urban Development, our median rent for a two-bedroom house or apartment is $1,013, roughly the same as Providence, Rhode Island, and Stockton, California. And the New Orleans area ranks 71st out of 381 in terms of the percentage of renters who spend 35 percent or more of their income on rent, similar to Sacramento and San Diego.

The area’s educational landscape shows a mixed picture as well. Our educational attainment levels show the metro area appearing near the top third on both ends of the spectrum. On the one hand, 28.9 percent of our area’s residents ages 25 and older have earned at least a bachelor’s degree, ranking 140th in the nation, comparable to Eugene, Oregon, and Reno, Nevada. Conversely, however, we rank 110th among metro areas in the percentage of this population who never finished high school (13.7 percent), about the same as Greensboro, North Carolina, and Tuscaloosa, Alabama. And even as we make strides in improving the quality of public education, the percentage of our K-12 enrolled in private school (26.2 percent) is the highest of any metro area in the country, with Walla Walla, Washington a distant second.

There are, of course, countless ways to compare our metro area to others, and there are too many nuances in the data to do it justice here. But still in all, yardsticks do help us understand how we’re doing and can challenge our assumptions about our area’s quality of life and prospects. And down the road, they help us measure how we progress with our collective resolve to improve our unique part of the world. 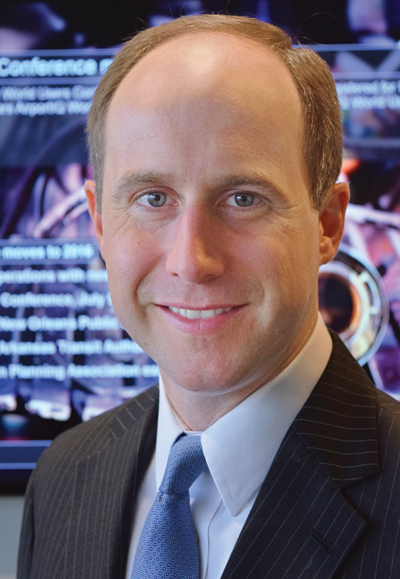