Home Is Where the Swamp Is

“It’s hard to get people to ever leave Louisiana.”

Tommy Faucheux laughed at the truth of his statement as he recounted his family’s history: He is the product of families raising families in the River Parishes through several generations. Now, he is living with his own family in Luling, wondering if his children will go on to do the same.

“It’s true,” he said after a moment of contemplation. “It’s hard to describe or pinpoint, but if you grow up here, or even if you move here, there’s an inherited love and respect for the community. I think a lot of people recognize, both here and around the world, that Louisiana is a special place.”

For Tommy, that southern sense of community has shaped his education, his career, his faith and a personal dedication to giving back to the people that helped him.

“It’s a part of me,” he said, and every piece of his life proves it to be true.

After growing up in St. Charles Parish and going through the public school system, Faucheux earned his bachelor’s degree in communication and political science from Loyola University New Orleans. He even kept up an internship with Dow Chemical Company during that time, gaining experience that would ultimately lead him to his current position.

Upon graduating, Tommy found himself in a unique position to serve both the public school system and the government of St. Charles Parish, and to eventually marry the philosophies of both as Public Information Officer. The position solidified and enforced Tommy’s belief that the decisions he made in the present should simultaneously be laying the foundation for the future.

“With education and public information, everything they do should be about public service,” Faucheux said. “And everything they do should be about improving quality of life for residents and providing educational opportunities for children. By doing this through a public relations or government relations position, you make sure that those teams are working on their core mission and that they’re also staying in touch with the needs of their constituents.”

Tommy was able to continue building on these values when he returned to Dow in 2007 as a public affairs manager. Now, he is their Southeast U.S. State Government Affairs Leader, managing state government and policy matters in relation to Dow’s corporate strategy.

“I’ve worked in a handful of roles here, but this one is by far my favorite,” he said. “It allows me to stay in my community. I love working with people. I genuinely enjoy figuring out how organizations, community groups and companies work. I love finding ways to bring together different people and the resources of different organizations to improve the community and a situation.”

Faucheux said that his position with Dow is uniquely special because his own beliefs align with those of the company, allowing simultaneous personal and professional growth.

“From an ethics standpoint and from an integrity standpoint, the way I conduct my own life is also the way Dow acts as a corporate citizen, so that’s kind of the perfect marriage for me,” he said. “I love being with people, and I think some of my best days are when we can bring people together to solve a community need or problem and to make things better.”

Tommy’s responsibilities have also allowed him to stay connected to the school system, which has always been important to him throughout his career — more so now that he is a parent. He said he wants to make sure his own children understand how much he values their education and hopes he can enrich that experience for them and other students along the way.

“I get to spend time with some younger students now, and some of them are the same kids who were four or five years old at the church summer camp where I worked in high school,” he said. “To get to see them grow and hopefully share my belief that you should give back to your community is special as well.”

As Dow’s lobbyist, Faucheux’s been able to represent the company and focus on issues that are of particular importance to him, like STEM education.
“We need a science and math literate workforce, but it’s all going to start if we have public schools that offer them opportunities,” Faucheux said. His own father was a chemical plant operator, as well as both of his grandfathers, and Faucheux said that although he never expected to end up at a chemical company, those careers are “the bedrock of what our families were built on.”

“Everything that I had coming out of college came from the men in my family who worked for the chemical industry. Those were the jobs that provided us those resources,” Faucheux said. “So seeing students have more opportunities to get into those fields is not only important for Dow, but it’s also important to families who were born and raised here who work in the industry.”

Moving forward, Faucheux hopes to continue paying it forward to the community when he takes over as chairman of the Board of Directors of GNO, Inc. He will be the first from the River Parishes, and he will also be the youngest to ever serve as chairman.

This is significant for him: He said one of his primary goals at GNO, Inc. will be to bridge the gap between the community’s current and future leaders.
“I want to make sure that people my age and younger than me are going to be ready for the opportunities that will come to them,” Faucheux said.

Wherever these next endeavors take him, one thing is certain: Tommy Faucheux will take them on with a personal motivation to give back to the community that raised him, and he will be armed with a smile and that special Louisiana charm he could never leave behind. 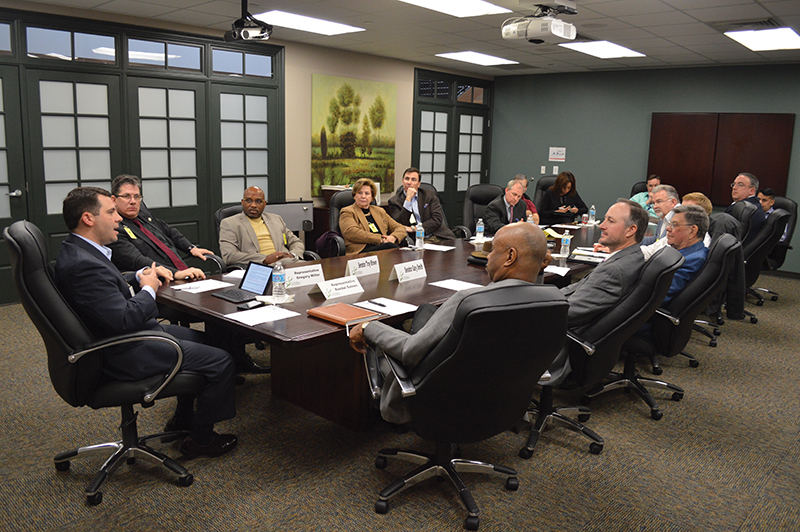 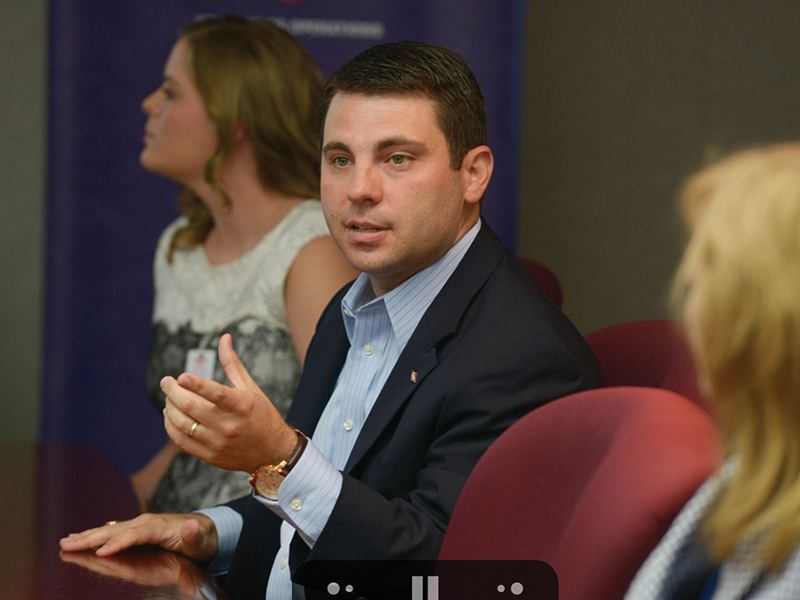 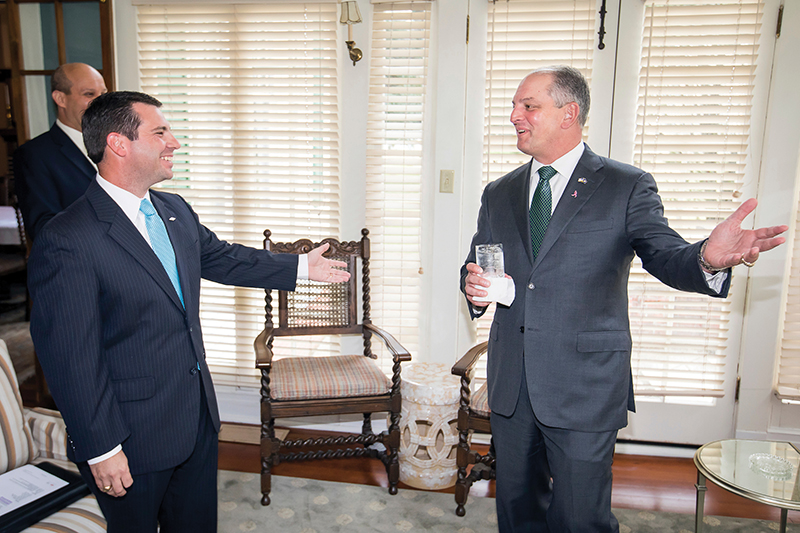 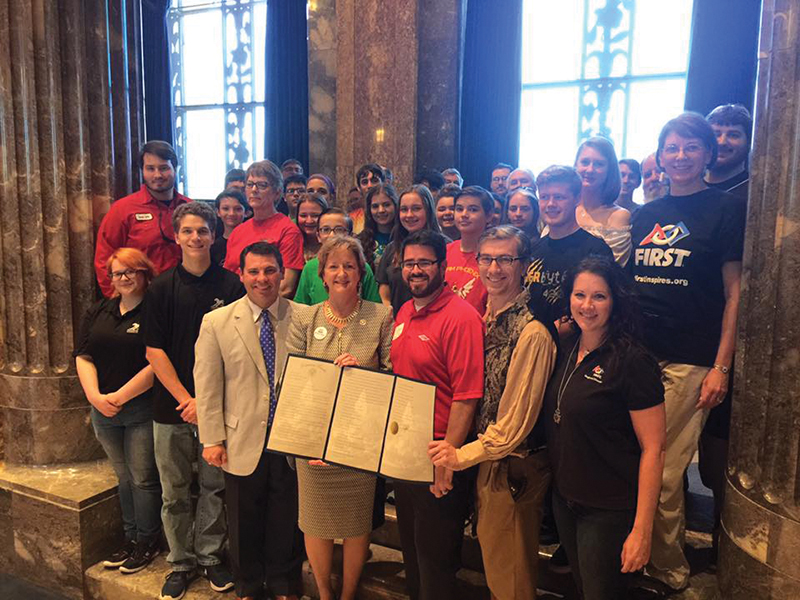 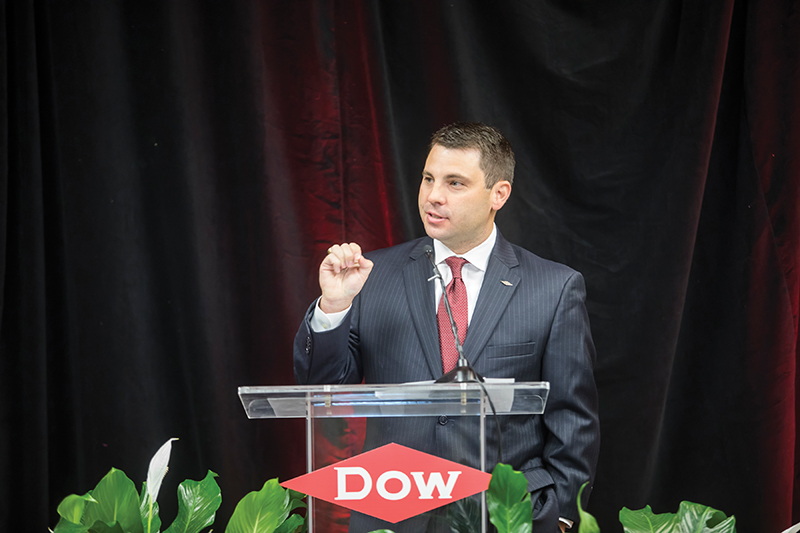 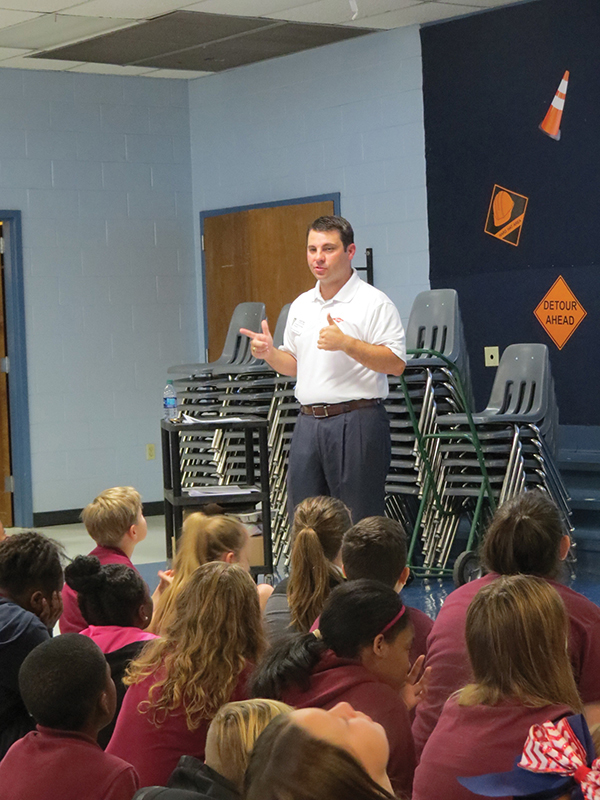