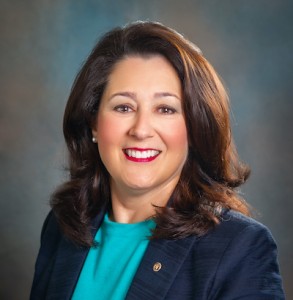 LAFAYETTE – Home Bancorp announced that Ann Forte Trappey has been appointed to its board of directors.

“Ann has earned an exceptional reputation as a business and civic leader across the Gulf South,” said John W. Bordelon, chairman, president and chief executive officer of the company and bank.  “As our first Baton Rouge-based Board member, she will undoubtedly help us build momentum in Louisiana’s Capital Region and beyond.  Ann joins us at an especially pivotal time as we seek to re-build our economy by helping our customers manage through this unprecedented environment.”

“As a highly-successful leader of one of the top engineering firms in Louisiana, Ann understands the critical role the Board plays in directing strategy and providing oversight of the company,” said Chris P. Rader, chairman of the company’s corporate governance and nominating committee.  “We could not be more pleased she’s joining our Board.  Ann will quickly become a key contributor in our Boardroom.”

Ann F. Trappey, P.E., FACEC, serves as Chief Executive Officer of Forte & Tablada, Inc., a leading consulting engineering and land surveying firm based in Baton Rouge.  Since becoming CEO in 1993, Mrs. Trappey has continued her work as a design engineer along with managing the firm.  She earned a Bachelor of Science Degree in Civil Engineering from Louisiana State University.  She has held leadership roles in several professional and community organizations, including:  President of the Louisiana American Council of Engineering Companies, President of the Louisiana Engineering Foundation, Chair of the Baton Rouge Area Chamber, President of the Baton Rouge Rotary Club and member of the Board of Directors of the Public Affairs Research Council.  During her career, Mrs. Trappey has received multiple honors, including: LSU College of Engineering Hall of Distinction, Baton Rouge Business Report Woman of Achievement, Louisiana Engineering Society-Baton Rouge Chapter President’s Award and Girl Scouts Woman of Distinction.

Categories: Finance, People On The Move

You're Not the Only One Skeptical of the Stock Market Rally