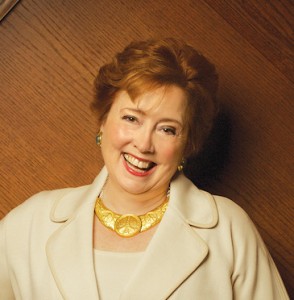 THNOC announced that local hospitality and destination executive Bonnie Boyd has been named chair of its nine-person board of directors, while Mayra Pineda and Tod Smith will join as new members. Hilton S. Bell and immediate-past chair Drew Jardine will become board members emeriti.

“Bonnie is a local business leader with over 30 years of devoted service to our city and nearly nine years as a THNOC board member,” said Daniel Hammer, the history museum’s president and CEO. “We are honored to have her leadership as the next board chair. She has a deep love for our organization and its mission and shares our commitment to making THNOC a vital community resource.”

Boyd, who joined THNOC’s board as a member in December 2013, will lead the nine-person body that includes John Kallenborn, vice chair; Alexandra Stafford; Lisa H. Wilson; and G. Charles “Chuck” Lapeyre, in addition to Pineda, Smith, Jardine and Bell.

Pineda is a local entrepreneur and president and CEO of the Hispanic Chamber of Commerce of Louisiana. She is a former Consul General of Honduras in New Orleans, Arkansas, Tennessee, Mississippi and Alabama. She has received several honors, including the Leadership Award by the New Orleans Hispanic Heritage Foundation and an award for High Achievement in Compliance by Subway Corporation. In 2021 she was recognized with the ICON Award by New Orleans CityBusiness and was featured in the New Orleans Top 500 by BIZ Magazine. Pineda was also recognized as a 2019 Role Model by the Young Leadership Council, a 2018 Top Female Achiever by New Orleans Magazine, and a 2018 Minority Business Champion by the US Small Business Administration.

Smith is president and general manager of WWL-TV, a TEGNA television station. A native of New Orleans, he began working at WWL-TV in 1980 while he was a student at Loyola University New Orleans. After a brief departure, Smith returned in 1993 and assumed his current role in 2012.

Both Pineda and Smith previously served THNOC as community advisors — Pineda to the organization’s acquisitions committee and Smith to its exhibitions committee — and both served as members of its Diversity, Equity, and Inclusion advisory council during the museum’s strategic planning process in 2020.

Jardine, a financial advisor, has served on THNOC’s board from 2000 to 2002 and was reappointed in 2007. He is the immediate-past board chair. Bell, of counsel with the law firm of LaFleur & Laborde, has served on the board of directors since 2010. In their new roles, the pair will continue to participate in the work of THNOC’s board in an advisory capacity but will not be voting members.

“We are most appreciative of Drew and Hilton’s service to THNOC, and we are excited to welcome Bonnie, Mayra, and Tod to their new roles,” said Hammer. “It is because of the hard work and dedication of our board and staff that THNOC is a leader among its peers. I look forward to more continued success with this team.”