Members of the maritime industry share the dangers and business challenges of a mightier than usual Mississippi. 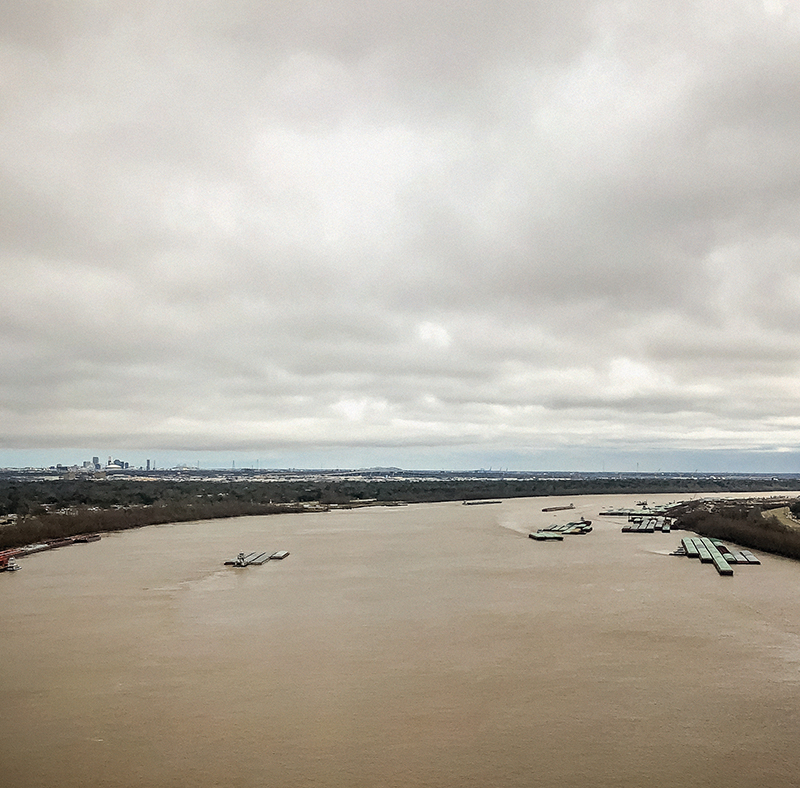 The height of the Mississippi River in New Orleans is always a concern when it reaches the high water line of 8 feet, but whenever it nears the flood stage line of 17 feet, that concern rightfully grows into an all-encompassing fear felt throughout the whole city.

That said, the river is still over 2 feet above the high water line, so concern is warranted. Especially when you take into account that high water usually comes in the winter or spring and can last through June.

The short answer is heavy rain. The unusually high, sustained rainfall of 2019 resulted in historic high levels for the mighty Mississippi.

“High river began for us on the Lower Mississippi River in December of 2018 and we didn’t get out of high river conditions until mid-August 2019; this length is unheard of,” said Erik Cooper, executive director at Cooper Consolidated. “This year’s flooding duration exceeded that of the Great Flood of 1927.”

Other factors that contributed included wet soil conditions, elevated levels in rivers and lakes connected to the Mississippi, and snowpack on the upper Mississippi and Ohio valleys.

“This region is vulnerable to flooding into the spring due to rainfall and thunderstorm events,” says Keith Kettenring, executive VP and COO at Crescent Towing. “The magnitude of future flooding will be dependent on how and when the snow water melts along with future rainfall.”

One of the ways to stay aware of river conditions is through The U.S. Army Corps of Engineers, which provides stakeholders with a 28-day forecast of the river levels at numerous locations along the river.

“This is used to forecast sudden rises and possible duration of the rise, says Kettenring. “This is a very helpful tool, but all is subject to further rain and snow events (rain has a much greater impact) in the Mississippi and Ohio valleys.”

Following the amount of rain in the heartland is a key indicator of how and when to prepare for high water conditions in the Greater New Orleans area.

“In our industry, we are definitely weather watchers,” said Cooper. “We have to be. Whether it’s monitoring hurricanes in the Gulf or heavy rainfall in the Midwest we keep an eye on what may impact us here on the Lower Mississippi River.

“When we hear about torrential rainfall in Oklahoma, declared states of emergency and March bomb cyclones in the plains and Midwest, we know that the water will eventually make it to us in the coming weeks or months (in the case of snowmelt),” Cooper said, adding, “It can take more than a month for water runoff from heavy rains in the middle of the country to hit the Mississippi River Delta.” 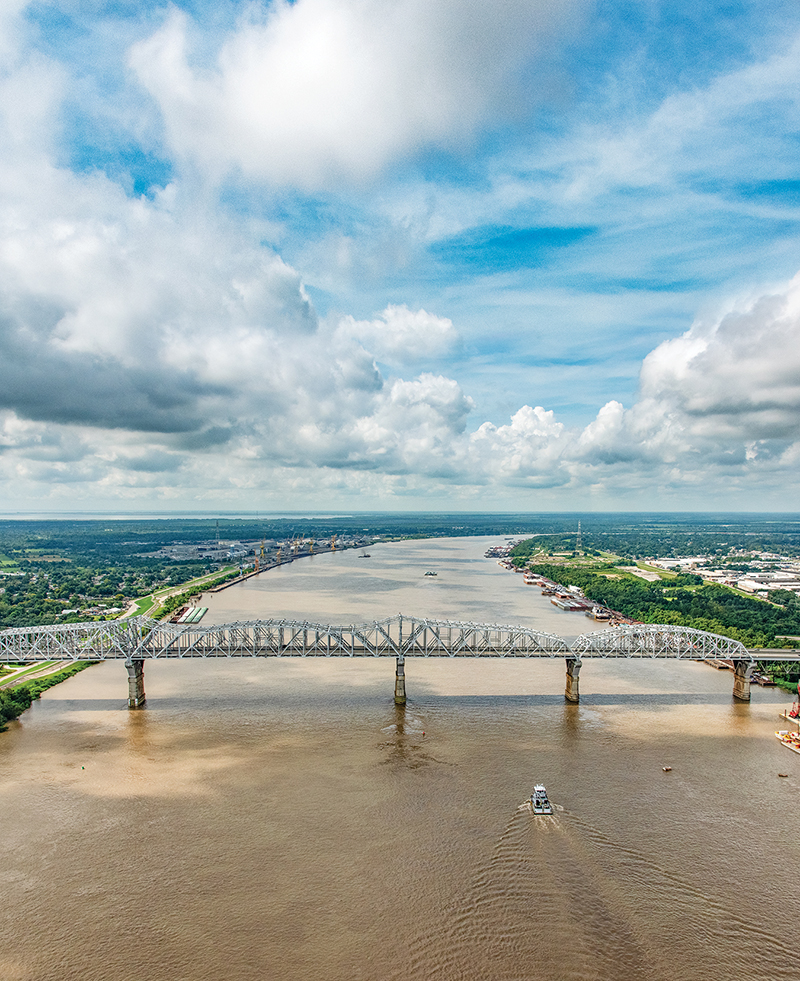 Several issues arise during high water levels in the river, especially for workers who make their living in the inland waterway space.

“First and foremost, a high river stage results in swift currents and reduced visibility of obstacles, which places mariners and equipment at greater risk for incident,” said Ryan Peters, director of Gulf-Inland Crew Management and HR Business Partner at Marquette Transportation Co. Additionally, when river stages increase, the U.S. Coast Guard limits the number of barges a towboat can push. As many towboat organizations operate within an economy of scale, high river stages result in inefficiencies and underutilization.”

The U.S. Army Corps of Engineers is charged with the difficult challenge of keeping the channel navigable. To accomplish the task, additional assets are hired to maintain the channel by dredging the silt and sediment.

“Often the Corps and their assets can’t keep up, and the channel draft is lowered which causes problems for ships that have been loaded prior and are now restricted to either sail to their next port or are stranded outside waiting to discharge at one of our terminals along the river,” said Kettenring. “In both instances, ships and their cargoes are held up, waiting on the dredges to catch up and the restriction to be lifted.

“If the river level rises high enough, the Corps will open one and sometimes two spillways. We have seen even with these extraordinary measures that the river level will overtake some berths and they will have to cease cargo operations until the river falls.”

“It makes it more difficult for everyone to do their job and puts upward pressure on the price of goods at the end of the day,” said Cooper.

“Most affected businesses incur higher operating expenses (usually starting at 35% more) and don’t get ‘made whole’ for these additional expenditures.

“Most years, a high river period is expected and even built into a company’s operating plan. But when it goes on for nearly a year, that can really hurt, since it’s so unexpected and unprecedented in scope.”

Periods of high water could be managed more efficiently with additional funds, particularly for Corps operations and maintenance of the river. But, even with more funding the challenge will endure.

“The Mississippi River has more than 250 rivers that feed into it,” said Cooper. “It’s constantly evolving. These changes continue to happen despite the best efforts of many, including the U.S. Army Corps of Engineers’ flood control measures. When we see that in the last 10 years the river system has flooded more frequently and violently than in the previous 20-plus years, we may want to reevaluate the way we manage the flood control infrastructure and its processes.

“There isn’t a silver bullet to completely stop flooding, but we can change alongside the river by potentially injecting newer technologies into old (or new) infrastructures and continuing to heavily invest in maintenance and repair of key infrastructure. A great start would be a comprehensive reevaluation of the flood control systems and processes instead of locally or regionally driven plans that only move water problems into someone else’s ‘backyard’ in a game of levee wars.”