Has the Bubble Burst?

New Orleans’ dining boom looks to be coming to an end.

In recent years, New Orleans has seen a restaurant boom unparalleled in its history. From pop-ups to food trucks to brick-and-mortar establishments, there seems to be no end to new, tasty temptations. But surely there has to be a tipping point. How many eateries can the city effectively support?

The New Orleans Convention and Visitors Bureau estimates the number of local restaurants today to be approaching 1,500. In a city of about 330,000, in order to support that kind of critical mass, New Orleanians would have to dine out almost every other day. Luckily, in 2016, our 10.45 million hungry visitors did their best to help, but it’s no secret that filling restaurant seats, especially during hot New Orleans summers, has historically been a challenge.

Consequently, as the summer of 2017 loomed large, the local restaurant bubble began to burst.

Some restaurants, perhaps, did not have sufficient capital to withstand the seasonal slump. In other cases, the banks made the decision by padlocking doors, leaving surprised employees jobless with paychecks owed. Neither of those scenarios applied when Adolfo Garcia decided to close his Central City restaurant, Primitivo, in May 2017. In 2000, Garcia was a pioneer in the Warehouse District when he opened Rio Mar. Before long, he was operating three restaurants in a three-block area with the addition of La Boca and A Mano. “I’ve always loved getting in on the bottom floor in new developing neighborhoods,” he says. It’s a pattern he successfully repeated in 2011 when he opened High Hat Café, Ancora Pizzeria and Salumeria directly next door to each other on up-and-coming Freret Street.

Unfortunately, that pattern did not hold true for Primitivo in Central City.

“It used to be that restaurants were an extension of home and family life,” says Garcia, “but today, people regard restaurants as entertainment. A new place opens and they come in droves, but three months later, they’re on to the next new thing. Garcia says the first year at Primitivo was great, but the second year he had to constantly adjust operations to stay viable. “Finally, it just did not make sense, fiscally,” he says.

The announcement that Mizado, the latest restaurant concept from the Taste Buds, would close in June created such panic among faithful fans that the doors stayed open, albeit with new hours. Greg Reggio, co-owner of Taste Buds Management, the team behind Semolina, Mizado and Zea Rotisserie & Bar restaurants, describes the situation he and his partners faced in making those decisions. “Almost 25 years ago we opened our first Semolina at that same location,” he says. “The dining scene was very different back then, with fewer restaurants competing for the same dollar. We did $3 million a year at Semolina, on a check average of just $8. Mizado never matched those numbers, despite considerably higher check averages. Much to our surprise, when we announced the closing, our sales immediately doubled, and we decided to stay open for the time being, but that trend has to continue if Mizado is going to remain open.”

The trend did not continue. Mizado closed for good July 1.

Reggio is also concerned about what he sees as a vicious cycle being created in New Orleans’ real estate. “It costs a lot of money to turn what may have been a residence or a retail shop into a restaurant,” he says. “Once the landlord has invested that money, when the first business goes bust, there’s always another guy ready to give it a try.”

Garcia owns the former Primitivo site and says he is experiencing that phenomenon right now. Within a few weeks of closing, over 25 prospective new restaurant tenants have made serious inquiries about leasing the property. 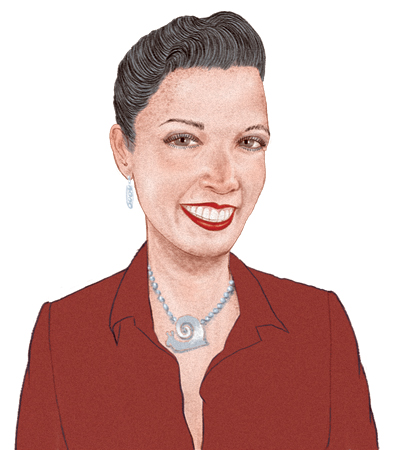 A native New Orleanian, Poppy Tooker has spent her life devoted to the cultural essence that food brings to Louisiana, a topic she explores weekly on her NPR affiliated radio show, Louisiana Eats!  From farmers markets to the homes and restaurants where our culinary traditions are revered and renewed, Poppy lends the voice of an insider to interested readers everywhere.