As the need and demand for green, renewable energy solutions intensifies, GNO Inc. and dozens of public and private industry leaders believe their ‘H2theFuture’ initiative could revolutionize the way Louisiana’s industrial sector gets the job done.

Strategically situated to take full advantage of the region’s greatest natural resource and most influential waterway in North American maritime commerce—the Mississippi River—South Louisiana’s Industrial Sector has been the economic heartbeat of the area for generations.

From the toe of the boot to New Orleans and westward, petrochemical facilities, oil and gas refineries, and other manufacturing plants employ thousands, create a need for dozens of outside support services and hundreds of indirect jobs, and produce a substantial economic impact.

And yet, to stay viable in an ever-changing global marketplace, these long-time pillars of local industry must continue to develop and implement new, increasingly efficient production methods. They are tasked with staying on the cutting edge of green technology while retaining (if not creating) jobs, and with establishing environmental and economic equity in the process.

Accomplishing such a lofty goal requires outside-the-box thinking, ingenuity and no small amount of imagination. So, with that in mind, Louisiana Gov. Jon Bel Edwards’ Climate Initiatives Task Force released the state’s first-ever Climate Action Plan, a collection of 28 strategies and 84 specific acts to reach net-zero greenhouse gas emissions by 2050 without harming the local industrial sector’s viability and the area’s economic strength.

In that same spirit, last year, GNO, Inc. affiliate Greater New Orleans Development Foundation submitted its H2theFuture proposal to the EDA’s Build Back Better Regional Challenge. The concept, which aims to decarbonize South Louisiana’s industrial corridor through the creation of a vast green hydrogen energy sector, was recently named one of 60 finalists for the $1 billion government grant.

The Task and Challenge

“Decarbonization in Louisiana means something different than it does for most other states,” says Anthony Bodin, GNO Inc.’s Director of Business Development. “Here, it means reducing greenhouse gas emissions from the industrial sector—the primary carbon dioxide emitter in the state.

“With most sectors that you’d want to decarbonize, electrification is now a viable possibility,” Bodin continues. “We’re talking about the electrification of power generation, transportation, and energy storage, whether that’s through wind, solar, hydro, or biofuels. However, in the petrochemical industry, electrification not a viable possibility. To date, only the burning of hydrocarbons can attain the high heat demands necessary for certain chemical processes. A pure replacement of traditional energy sources with renewable energy doesn’t work.”

Louisiana is one of the top producers of carbon-intensive energy resources in the entire country. For more than a half-century, those enormous facilities have relied on a variety of non-renewable feedstocks to power their operations, including natural gas, ammonia and coal used to extract “grey hydrogen.”

It might surprise many to learn that the technology to produce a renewable hydrogen feedstock, “green hydrogen,” has existed for decades. Green hydrogen is extracted by splitting the elements of water (oxygen and hydrogen) through electrolysis. Hydrogen is harvested for future use, while oxygen can be released in the atmosphere with zero negative environmental impact. However, green hydrogen hasn’t been widely used in large-scale refining or petrochemical production in Louisiana because it hasn’t been a cost-competitive alternative, and the necessary renewable fuel source to power the hydrogen extraction process has been difficult to establish.

Options for renewable energy sources include solar, wind and biofuels, but solar energy requires scale and acreage that is not sufficiently available in South Louisiana. For a variety of reasons—cost and conflict with farmland —solar developers can’t secure enough acreage for large scale projects. Meanwhile, Louisiana doesn’t have enough wind to satisfy the needs and demands of onshore wind farms. 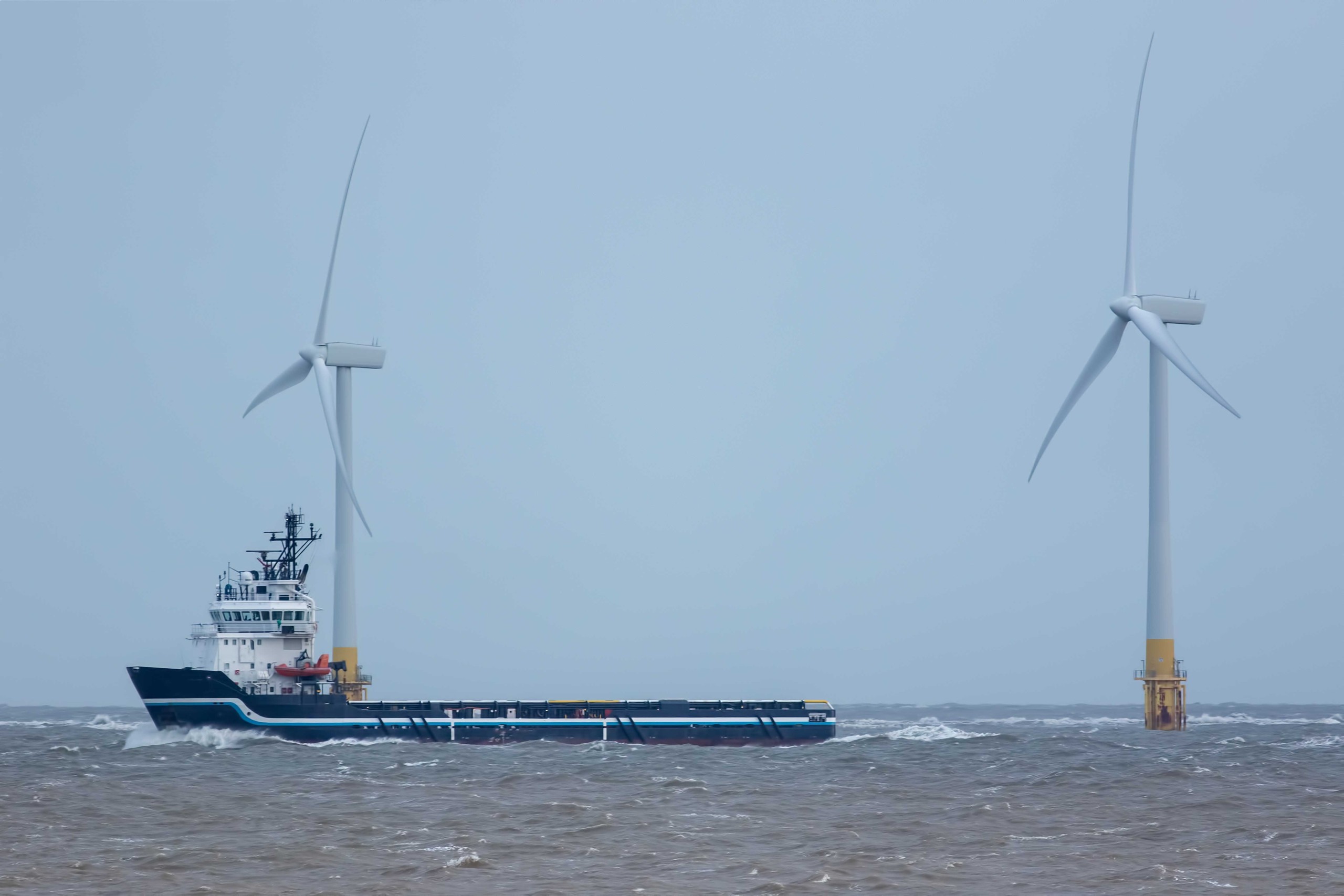 Where onshore winds might pose logistical and operational challenges, offshore winds are a different story–which is why utilizing an already-established infrastructure to corral those winds and produce clean hydrogen is the innovative backbone of the H2theFuture proposal.

“Louisiana’s 70-year legacy in offshore maritime work is responsible for the construction and operation of one of the most expansive offshore oil and gas platform networks in the world,” says Alexandra St. Pé, Senior Development Manager at RWE Renewables, an industry leader and innovator in renewable energy solutions. The company announced in March that it would collaborate with GNO, Inc. and the GNOwind Alliance to develop the offshore wind sector in Louisiana, as part of RWE’s ongoing effort to support economic development engines and their supply chains across the country.

“The skills needed for an offshore wind workforce closely align with the knowledge and expertise of Louisiana’s existing oil and gas workforce,” says St. Pé. “From specialized jacket fabrication to conceptual offshore engineering, coastal Louisiana has the talent and experience to complete any offshore work, allowing for swift and cost-effective offshore development, construction and operations.

“In addition, decarbonization will unlock a flurry of new business development activities and investments that identify, attract and grow businesses across the offshore wind and clean hydrogen value chain,” St. Pé continues. “This includes new opportunities for establishing local manufacturing capabilities and new companies thanks to the proliferation of ground-breaking clean hydrogen research activities, which will provide innovative solutions that de-risk low carbon hydrogen investments at commercial scale.”

It is estimated that with two offshore wind farms in the Gulf of Mexico, 65,000 new jobs would be created. Additionally, the construction process would increase Louisiana’s GDP by $445 million. In less than 30 years, the number of hydrogen-related jobs in the country stands to increase by 300 percent.

“To do that, not only would it be environmentally sound, but the job creation potential that would arise from it would be substantial,” Bodin says. “It would also retain a lot of jobs. There’s a very interesting correlation and transferability between offshore oil and gas service workers—maritime workers, crew transportation services, fabrication, and maintenance companies—and the needs for large-scale offshore wind generation.”

While a full green hydrogen cluster will take time to come to fruition (hence the 2050 net-zero emission end date set by the state), several H2theFuture projects would be in the immediate works if the EDA awards Greater New Orleans Development Foundation an implantation grant. For instance, the technology exists for hydrogen-powered tugboats that can traverse the lower Mississippi, but the infrastructure to support that switch—namely fueling capabilities—doesn’t exist currently. One of the proposed H2theFuture projects would begin to address this deficiency, with the end-use demonstration project—a bunkering barge at the Port of South Louisiana that will deliver hydrogen-derived fuels to tugboats.

“Our project partners, such as the Port of South Louisiana, understand the importance of something like this cluster because their customers and tenants are communicating the need to decarbonize their processes,” Bodin said. “The goal, in this case, is to fill a very apparent gap in the value chain for renewables.”