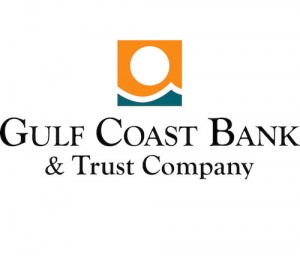 NEW ORLEANS – Gulf Coast Bank & Trust Company’s Auctions in August fundraiser is an online silent auction hosted at its 19 branches during the month of August.

“Auctions in August is a win-win deal,” said Sheila Englert, the bank’s marketing director. “Donors are recognized for the entire month of August, and their designated nonprofits receive 100% of the funds raised. We encourage individuals, businesses and nonprofits to make donations now. It’s simple; download and complete a form from auctionsinaugust.com for each item valued at $50 or more and bring it to any Gulf Coast Bank branch.”

At the end of the auction, winning bidders write their checks directly to the nonprofits designated by the donors. The items can be gift certificates for restaurants, hotel stays, spa excursions, gift baskets, paintings, jewelry, sports memorabilia and outings and more. The bank needs unique, intriguing items that will attract bidders.

Since its inception in 2008, Gulf Coast Bank’s Auctions in August has raised over one million dollars for hundreds of nonprofits.