Last year Joel Catering and Special Events fed hungry celebrants at more than 600 events. In 2016 the company saw a 30 percent increase in revenues, reaching over $3.8 million. It was a record-breaking year for the full service catering and event planning company founded by Lake Charles, Louisiana native Joel Dondis in 1993.

From intimate home weddings and family get-togethers to serving former U.S. presidents Barack Obama and George Bush and gigantic organizations like the NBA and Microsoft, Joel Catering has carved out a niche for itself by raising the bar for event cuisine.

A Miami native, Sarah Hall came to New Orleans to attend Tulane University for a degree in political science. After tasked with creating a seminar for other Tulane students, Hall says she decided to trade in law school for a different calling.

“There’s something about having the ability to create an aesthetic, not just meetings and papers,” she says.

After reading about a big party Joel Catering had worked on, Hall decided to explore job opportunities there. She started as the company’s receptionist, then a few months later was promoted to production manager, then sales manager.

“After that I left for a year to serve as national sales manager for Emeril’s before coming back at the age of 26 to become VP,” she says.

Hall took over the role of president of the company in 2009. She oversees daily operations and collaborates with Dondis when it comes to long-term planning and big purchases, like the company’s addition of its own venue, Il Mercato, in 2013.

“It’s a real challenge to work in this market,” says Hall. “Food is everything in New Orleans and locals tend to go to a lot of parties and events, so we need to be different. We need to stand out.”

Sixty percent of Joel Catering’s business is weddings — a lucrative business in the
Crescent City.

Number of Weddings Hosted in 2016 — Top 4 Cities in Louisiana

Average spent on a New Orleans wedding in 2016

Amount of that spent on food

Average total spent on food and beverage, or over 24% of the average wedding budget.

Q: Tell us a little about the scope of Joel Catering.

For almost 25 years we’ve been doing off premise catering with the focus on offering fine dining quality food at special events. In 2000, we entered into a partnership with the Hampton Inn and Suites Convention Center where we have our own setup — Joel’s at the Hampton.

We are the food and beverage provider for the hotel, which includes 20,000 square feet of meeting space. We handle all the events and meetings there.

At the end of 2013, we purchased and began renovating Il Mercato, a Spanish style building built in 1931 at 1911 Magazine St. in the Lower Garden District. We spent 2014 renovating the building and opened the over 3,000 square-foot space and courtyard in December 2014.

We have 20 full-time employees, eight of which are office staff. At the Hampton space we have a director of catering, an executive chef and banquet caterer, and we have our Executive Chef Bryan Clark. We also have about 12 part-time staff. 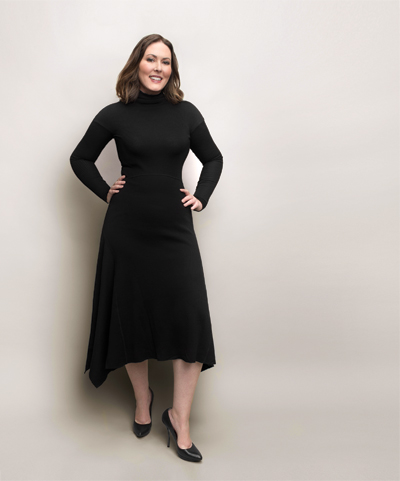 Q: How does your business break down? Where does the bulk of your revenue come from?

About 60 percent of our business comes from weddings — that’s by far our biggest source of revenue. The remaining 40 percent is split evenly between non-wedding special events, local business events and conventions.

Q: Who is your biggest competition?

There are definitely other independent, off premise caterers in the city, but our biggest competition comes from all the local restaurants and hotels.

More and more restaurants have started to get into special events where, of course, they are providing the food; plus hotels and convention centers typically will set a food and beverage minimum for a visiting group.

If you already have a minimum to meet at your hotel of course it makes sense to hold your event there and have them cater. There’s plenty of competition.

I think Netflix is the real expert on this and it tells me that I have a real love of gritty foreign dramas.

There are no real short cuts.

Nothing replaces hard work. A person can be smart, informed, even well connected, but at the end of the day it’s a willingness to put in the work that’s going to make the difference.

No matter what I’m doing or where I am in the world I always want to start my day with a latte. After that, I’m open to ideas!

Being inconsiderate of others.

I love our butternut squash gnocchi with jumbo lump crab in a sage butter sauce.

What are you most looking forward to in the next year?

Enacting all of my plans for our company — and a really good vacation.

Q: How does Joel Catering set itself apart?

Our focus is always to create a truly unique experience for our clients that really meets all of their goals. Everyone says they’d like a beautiful event where everyone has a good time, but that means different things to different people. Are they looking for a real party atmosphere where people can let loose or something a bit quieter where colleagues can catch up?

We really talk to every client and work with them to determine what they want and then what venue would best suit their needs.

People also tend to have preconceived ideas of what event food is. We don’t do just beef, fish or chicken — our menu is literally a book that’s more than 100 pages long. The tendency is often to be very conservative with food choices for events but we like to encourage people to go for something more innovative, interesting and exciting.

Having our own venue has also been a real game changer. It has allowed us to control our own fate to a certain degree. You can work with a venue doing off site catering for years and then suddenly they decide they want to create their own in-house service. Having Il Mercato has been great. In 2015, Il Mercato won a  Louisiana Landmarks Society Award for excellence in historic preservation. We’re very proud of that. In 2016 — our first year of operation, we hosted 70 events, including a lot of weddings, but also fundraisers, corporate events, other social events and photo shoots. 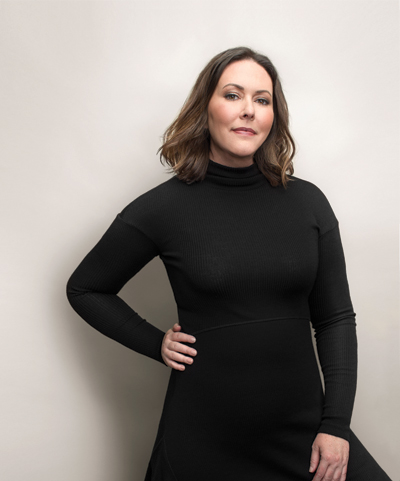 Q: How do you market your business?

Having been in operation over 20 years we definitely get a lot of business from word of mouth, but we’re also really focused on developing relationships with every part of our industry, including event planners, wedding planners and all the various venues. We’re also active in industry groups like NACE (the National Association for Catering and Events).

We recently joined the Leading Caterers of America (LCA), a collection of the top independent caterers in the country. Most cities in the U.S. only have one member in this group — larger cities may have two. We’re the only member in the state of Louisiana.

Q: Can you talk about one of your more challenging events?

We’ve done so many, and of course every event has its own challenges, but one that stands out for me was a dinner we did recently for a group of local businesspeople on a footbridge over Bayou St. John. Logistically, that was a real challenge. There was of course no on-site kitchen, no running water, no electricity, but we still managed to create a multiple-course seated dinner for 100 people on the footbridge.

The evening started with cocktails at the Pitot House nearby and then the St. Augustine marching band led everyone down the street to the footbridge. It was a really fun and unique event.

Q: You said a majority of your business is weddings — what’s new in wedding catering?

Mixology is really huge right now — crafting high quality specialty cocktails. We have actually created a separate component of our company that is dedicated to this. We spend days steeping tequila or infusing vodka. We offer multiple choices in glassware — offering everything you’d expect from a really great bar.

This is an example of one of our company philosophies, and that is that we always push to get ahead of our customer, to offer them things they didn’t even know they wanted before they have the chance to ask. Our chef creates cocktail tastings for us to try new creations.

We’re always working on something new.

When we started getting into cocktails, our clients would be coming to us asking for things like a vodka martini or an old fashioned. Now they’re starting to come to us and just say, “I trust you to create something amazing because I know it’s going to be great.” That’s where we want to be.

Past clients of Joel Catering include:

Q: What are your goals for the future?

In the most immediate future I have to say I could not be more excited about the fact that we’re in the process of bringing a new person onto the team — a special projects manager.

Almost every business owner knows that there is always that list of things that you would love to do, a to-do list that you’d love to get to but, with all the daily tasks, there never seems to be the time to get to those things that you know would make the company better — take things to the next level. This person will be spearheading those projects, things like updating our website and logo, increasing our social media presence and taking charge of all those ideas we brainstorm during the summers when things tend to slow down in the hospitality industry.

Q: With holiday event season in full gear, what advice to you have for businesses when it comes to choosing and working with a caterer?

I would say that people may not understand the importance of a caterer at an event. We have a lot to do with how a party runs. We have a lot of staff on site and we play a very important role in how things flow.

I think the first step when you’re planning an event is to decide what you want to get out of it. Are you looking for something where your sales team can network? Are you wanting something that’s more teambuilding and casual? What is the ultimate goal?

As a caterer we’re looking to get as much information as we can about who is coming to an event and what the host is looking to do. Is this a group that is entertained a lot? Do they know each other well? Are they local or from out of town?

I think people also sometimes worry about sharing too much when it comes to their budget, but here again, the more we know, the better.

The budget range for events can be gigantic — say $45 a person to $250 a person. People use words like “normal,” and “average,” and those things mean different things to different people.