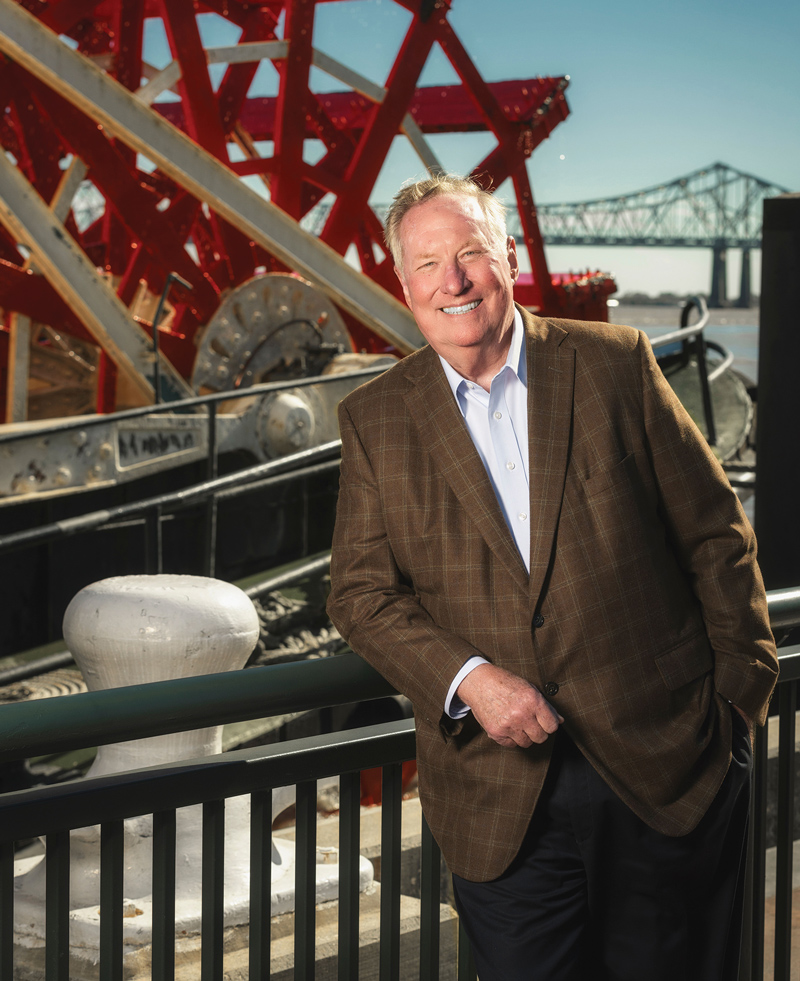 “Stevens cites the representation that the Chamber provides for their members and for the business community from networking
to politics.”

Gordon Stevens, President/CEO of New Orleans Steamboat Company and Gray Line Tours, understands the role of a business community in building a city—which is one of the reasons he is a proud member (and board member) of the New Orleans Chamber of Commerce. Stevens cites the representation that the Chamber provides for their members and for the business community from networking to politics.

Part of that growth for Stevens has involved expanding operations. Alongside the famous Steamboat NATCHEZ, Stevens has been renovating and developing a brand-new riverboat: CITY of NEW ORLEANS. The boat, a former gaming vessel from Rock Island, Illinois, has been overhauled by local subcontractors (including Dixie Machine, Bluewater Electric, Southern Diesel and DNL Air Conditioning & Refrigeration) and New Orleans Steamboat Company crewmembers (Captains Bill Wilson and Steve Nicoulin and Chief Engineer Scott Vieages and Project Manager Matt Dow) for the last two and a half years.

The renovation has created a luxurious four-deck sternwheeler, complete with three enclosed rooms, an elevator, a state-of-the-art audio/visual system, bars, a commercial kitchen and a calliope. Starting in November, the CITY of NEW ORLEANS will set sail on the Mississippi in downtown New Orleans, offering services including dinner cruises, private parties, brunch cruises, corporate events and weddings.

Stevens, who is a partner in Café Beignet Restaurants with Peter and Keil Moss, works with the Chamber for everything from networking and lobbying to ribbon cuttings at the grand opening of Café Beignet’s newest and fourth location on St. Peters Street. A fifth location is coming soon on Canal Street. He works with the Chamber because it provides leadership for the businesses throughout the city, championing growth and ongoing success of New Orleans.

Categories: Proud To Be A New Orleans Chamber Member 2019