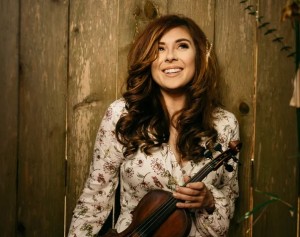 NEW ORLEANS – Good Shepherd School announced today the return of its annual gala with this year’s “Celebrating the Stars” on Thursday, Dec. 9, at the Cannery. The event’s patron party begins at 6:30 p.m. and the main event starts at 7:30 p.m.

This year’s “Celebrating the Stars” gala is a fancy twist on GSS’s annual “Dancing with the Stars” gala and will focus more on food, live music and libations with choreographers and dancers from the past 6 galas honored throughout the night. Some of GSS graduates will be spotlighted in video vignettes during the gala.

“This year’s ‘Celebrating the Stars’ gala will be a spectacular evening full of two of Louisiana’s most revered musicians, several of the country’s most talented chefs and a celebration of the hard work that the team at GSS puts forth over the course of the year,” said GSS President and CEO Thomas Moran.

This year’s event will continue the legacy of Father Harry Tompson, on the 20th anniversary year of his passing. Since opening its doors in 2001, the Gentilly-based Good Shepherd Pre-K and Elementary School has carried out Fr. Tompson’s lifelong mission of helping and educating children in need. The Catholic school opened its doors just four months after Fr. Tompson’s death with the mission of educating children no matter their family’s financial situation. So far, GSS has graduated 189 students and currently serves 275 students.

Good Shepherd is also proudly celebrating its first college graduates which now number 13 who have earned a broad range of degrees. Four additional GSS graduates are scheduled to complete their college degrees this December with more than 30 others on the horizon.

Tickets for the event start at $125 and include open bar and unlimited food. A limited number of sponsorships are available. For more information on the event, tickets and sponsorships, visit https://www.thegoodshepherdschool.org/celebrating-the-stars-2021.html.