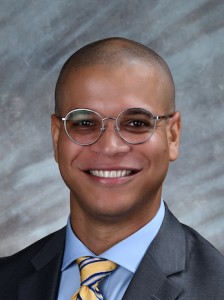 NEW ORLEANS – The Greater New Orleans Sports Foundation has hired William Dede as the new director of event operations and community affairs. In this role, Dede will develop and execute operational event plans for major sporting events in greater New Orleans. He will also serve as the community relations liaison with the City of New Orleans on behalf of the Sports Foundation’s major event host committees to promote community initiatives surrounding these events.

Prior to joining GNOSF, Dede worked for ASM Global as the event services manager for 10 years. In this role, he was the operational point of contact for all major events held at the Caesars Superdome, Smoothie King Center and Champions Square, and was responsible for gathering and implementing the facility logistics for all events, including WrestleMania, the 2020 College Football Playoff National Championship Game and the 2022 Men’s Final Four.

Dede received a Bachelor of Science with a concentration in sports management from Southeastern Louisiana University and a Master’s in Business Administration from Louisiana State University.

Additionally, the Sports Foundation has announced new appointments to its board of directors. Each was nominated by a current board member and subsequently approved by the board. The new members are:

The Greater New Orleans Sports Foundation is a nonprofit corporation governed by a board of directors, which supervises and advises business affairs and various activities of the foundation. The board is comprised of community leaders, industry experts and supporters of the foundation’s mission to attract and manage sporting events for the economic benefit of the state and city.