Giving Back Isn't So Easy

As of 2013, Louisiana was home to more than 17,000 nonprofit organizations. The nonprofit sector represents a sizeable chunk of our state’s economy, employing nearly 150,000 people — or more than 11 times as many workers as there are in the utility industry — as of the last time data was collected back in 2003.

In New Orleans, a mix of great need for social services and a thriving startup community present the perfect conditions for creating a nonprofit, but many may jump into action before considering all the legal issues and hurdles that must be addressed.
Max Ciolino, founder and member of the Ciolino Law Firm, says when he’s advising a client about setting up a nonprofit, he first looks at their goals in order to help decide if they should incorporate as a state-level nonprofit, or if they need to go for the 501(c)(3) tax advantages.

“The beautiful thing with helping people set up nonprofits is they are all going to be different in how they are organized and what their goals are,” he says. “But from a basic standpoint, I need to know what my client’s vision and mission statement will be and their strategies for achieving their goals. That will help me set up their ongoing legal needs.”

Tyler J. Douglas, Taxation LL.M, attorney at Lowe Stein Hoffman Allweiss & Hauver, LLP., says there is a separate application process with the IRS if one wants a nonprofit to also be considered tax exempt under federal tax law.

For example, there are around 29 different types of tax-exempt entities. These include the garden-variety charities, but also neighborhood associations and campaign super PACs. The objectives of the entity will dictate many things concerning the formation of the entity under Louisiana law, and also the application process for tax-exempt status with the IRS.

“To be considered a 501(c)(3) charity, an organization must be both organized and operated for a tax-exempt purpose, and there are specific rules as to what those are,” Douglas says. “Further, there are also two types of charities—private foundations and public charities. Private foundations are entities formed by a family or an individual and stay under control of the primary donor. Public charities are entities that get their support primarily from the general public, not just one donor.”

Leon H. Rittenberg III, a partner with Baldwin Haspel Burke & Mayer LLC, says the forms to handle this are Form 1023 or Form 1024, depending upon the type of nonprofit.

“Some small nonprofits can apply by filing a Form 1023-EZ, which is a much shorter and faster process,” he says. “Public charities with estimated future annual gross receipts of $50,000 or less and assets of $250,000 or less may be eligible for the Form 1023-EZ.”

Ritternberg advises against filing without a little help. “Forming a nonprofit under Louisiana law and preparing Form 1023 are both more complicated than they seem (special provisions are required in the corporate charter to qualify as a nonprofit) and professional advice is recommended in connection with its preparation,” he says.

“A business plan that focuses on the actual goods or services to be provided and that walks through how they will get to the intended targets is a must,” he says. “Form an entity, set a nonprofit designation and most importantly, obtain access to funding in the form of donations or possible grants in order to fund the provision of services.”

Rittenberg says the most important things to have in place at the beginning is a plan regarding who will be involved in management, how to raise money and what the mission of the organization will be.

The next step is to form a nonprofit with the Louisiana Secretary of State, which involves obtaining a federal tax ID number and filing articles of incorporation.

“Other corporate documents, such as bylaws and a conflict of interest policy, may also be necessary or desirable,” Douglas says. “The next step is filing an application for tax exemption with the IRS. Depending on what type of entity you intend to form, the application process can be vastly different.”

For example, an entity considered a church doesn’t need to file anything with the IRS to be considered tax exempt. However, many churches do as a matter of due course and there are issues that can arise if one claims to be a church because this provision has been abused by taxpayers trying to seek tax advantages to which they’re not entitled.

Once the entity is formed with the Secretary of State and presumably has received an exemption letter from the IRS granting its tax-exempt status, there are a few things that have to be done to ensure that it continues running successfully and legally.

Ciolino says it’s vital that a nonprofit keeps track of all minutes at board meetings, all actions by the board and documentation of all financials for reporting requirements.

“Running a nonprofit can be much like running a business; they often need other supporting documents that you would need in the course of any business—a media release, waiver and release forms, contracts for vendors,” he says.

Rittenberg says there are also several important compliance issues to keep in mind. First, nonprofits generally are required to file income tax returns annually and, if they have employees, employment tax returns as well. Second, nonprofits are obligated to provide letters to donors acknowledging gifts in a form which meets technical IRS rules.

“Officers and directors of nonprofits owe fiduciary duties to their constituents, which means, in part, they have to manage the nonprofit for the purposes set forth in the mission and not their own personal benefit,” he says. “Nonprofits, like other entities, should carry appropriate liability and other insurances such as directors and officers insurance and employment practices insurances. Were someone to be injured in connection with a nonprofit event, both of these kinds of insurance can provide important protections for officers and directors.” 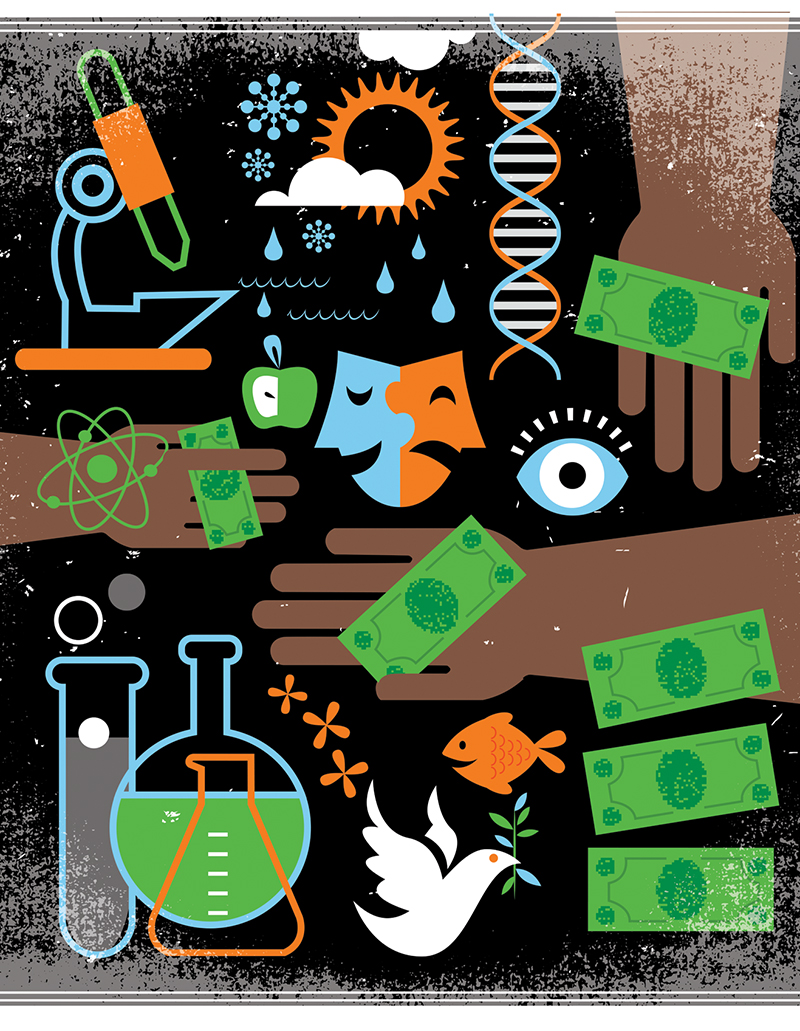 What You Can’t Do

Perrault warns that nonprofits cannot undertake activities not associated with their stated IRS 501(c)(3) designated mission and also can’t undertake political activity or other restricted activities or they may lose the ability to be counted as a nonprofit.

A nonprofit also can’t endorse a political candidate and must be careful about taking a position on legislative agenda. Ciolino notes that the consequences of violating either of these items can be severe, so it’s wise for a nonprofit to check with a lawyer on anything to do with these issues.

Things are also changing with the new tax laws, so all nonprofits are advised to check in with their legal representation and see how they will be impacted in 2018 and in the future.

“Some people use nonprofits, such as private foundations or donor-advised funds, as a means of getting a charitable deduction today for amounts dedicated to charitable causes in the future,” Rittenberg says. “Under the new tax bill, for taxpayers who use the standard deduction and will not itemize (such as married couples with under 24,000 in potential itemized deductions), there will be no tax benefit.”