Get on the Same Page About Wage Changes

On Thursday, Dec. 1, employees and employers will see the changes to the Fair Labor Standards Act (FLSA) take effect. By that date, all businesses in the U.S. must be in compliance with the new law. What is the change and how will it affect employers and employees? The member services arm of LCI Worker’s Comp, LCIA, hosted an event to introduce the new changes featuring Terese M. Bennett Attorney at Law as guest speaker. With more than 25 years of experience working with business, commercial and licensing law (and many other related fields), Bennett is an experienced attorney with her own practice based out of New Orleans. She said the FLSA changes in particular sparked her interest because of the kinds of questions posed by small businesses and the fact that the new law will affect businesses throughout the entire country. You can read the entire Final Rule here.

Here is how Bennett broke it down: 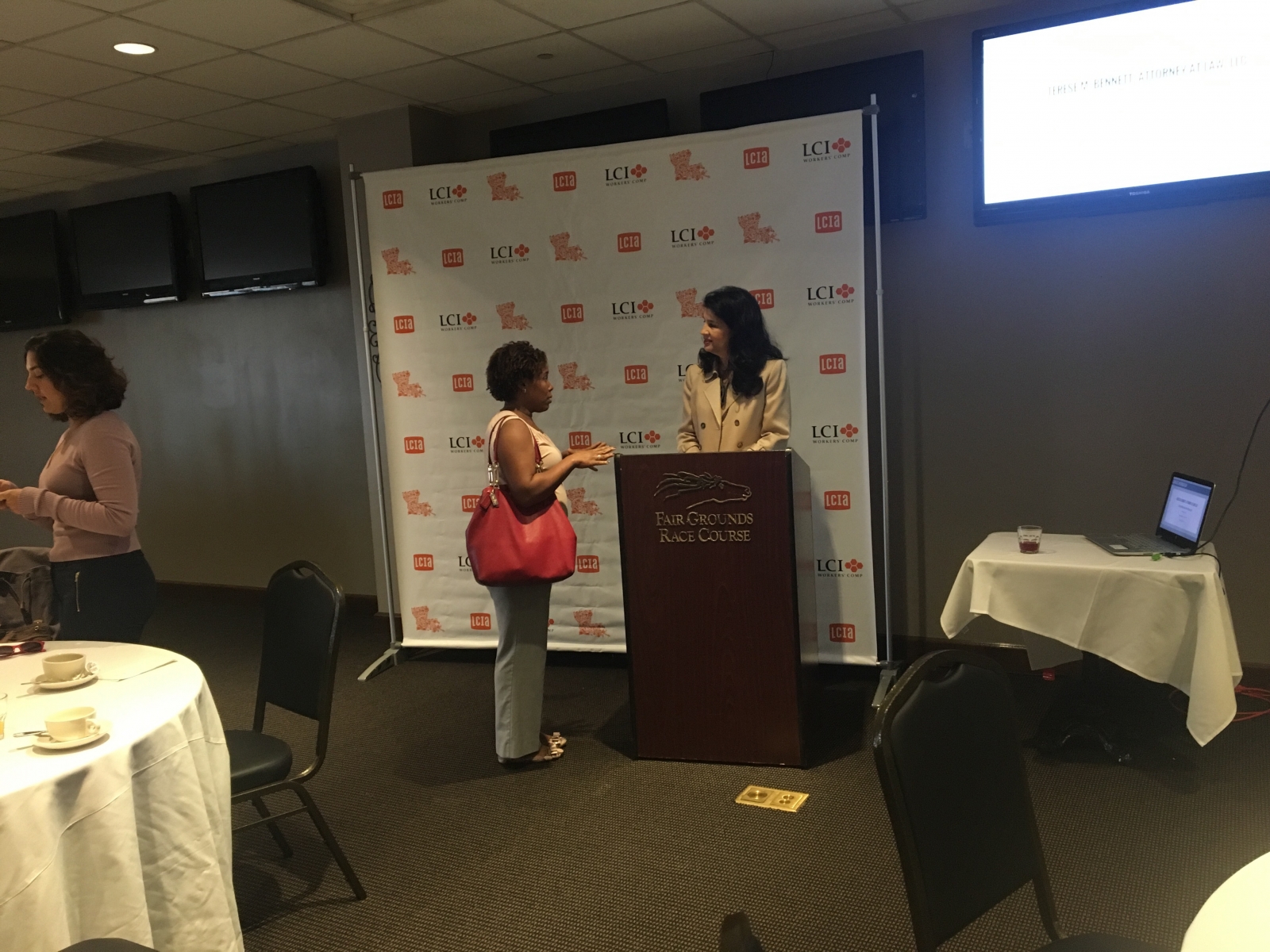 What is the Fair Labor Standards Act?

FLSA was established in June of 1938 during America’s Great Depression. The new law established overtime rules, placing a cap on the number of hours to 40 worked weekly, along with establishing a minimum on wages paid for those hours. The law was intended to spread out jobs and to prevent employees overworking without appropriate compensation. The law has been augmented, and standards changed throughout the last half century, with the minimum wage increasing to $7.25 as the last change made to the act in 2009. The FLSA is expected to be updated again in another three years to keep up with inflation as many citizens have seen the adverse effects from the lack of change over the last decade while there has been increased inflation over that time. It is important to keep in mind that the Fair Labor Standards Act is meant to benefit both employers and employees by keeping the workplace fair, balanced and healthy. However, change can be daunting and it’s important to know that the intention is to improve businesses and employees’ quality of life.

How is Exemption and Non-Exemption determined with FLSA?

There are three different tests used to determine exception or non-exception to the overtime rule for white-collar professionals. The standards for these tests have morphed since 1938 in efforts to support more workers and to stabilize jobs in the context of the nation’s current economic state. The question is whether you as an employer will adjust your wage model to accommodate for the workers on staff who are no longer exempt from required overtime. You can read more about the specifics of who qualifies as a white-collar professional here.

1.Salary Basis Test: Whether the employee is paid hourly or is on a fixed salary. (No change on Dec. 1)

2.Salary Level Test: The minimum threshold in pay and whether the employee meets that minimum with a standard 40-hour work week (Will change on Dec. 1)

3.Job Duties Test: Factors such as whether the employee is engaged in office work, and their job description will determine exempt or non-exemption. (No change on Dec. 1)

It was in 2004 that the last changes were made to the “Salary Level” test, establishing that an employee must be paid $23,660 annually ($455 per week), or the employee must be compensated for overtime. As mentioned above, the most recent changes to the FLSA, however, was in 2009 to the minimum hourly wage. The change effective in December raises the minimum annual salary for an exemption to $47,436, or $913 per week.

What are the Final Rule changes?

Bennett exclusively discussed how the changes applied to white-collar exemptions. Although, certain exemption and non-exemption rules differ depending on whether you are a blue collar worker — or in outside sales, or an emergency first responder, or a contract worker — versus being a creative, administrative or executive professional (you can read about these differences here).

The primary change is the minimum threshold of annual pay in which you are, by law, entitled to overtime. For the last ten years, that threshold has been $23,660 annually. In 2014, President Obama recognized that over time and after economic turbulence, this number had fallen below the poverty line for an average-sized American family of four. The President proposed a memorandum titled, “Updating and Modernizing Overtime Regulations” requesting the review of the fair wage laws better appropriated according to our current state.

The “Final Rule” passed in March 2016, giving businesses across the country time to evaluate and get into compliance by its enactment in December. In summary, these are the changes employers and employees will see with this plan:

1.“Highly Compensated Employees” are those who make at least $100,000 per year including non-discretionary bonuses. If an HCE is making $100,000 annually, but less than the annualized earnings of the 90th percentile of full-time salaried workers nationally (the threshold being $134,004 according to the 2016 Final Rule), then those are non-exempt HCEs, and they will be eligible for overtime protection.

2.The FLSA will be re-evaluated and updated every three years, with the next update to occur in January 2020.

3.Companies are covered by FLSA if they make at least $500,000 in annual sales, or if they participate in interstate commerce.

4.$47,476 is the new minimum salary level for the employee assistance program exemption of white-collar professionals.

What are common misconceptions with this “Final Rule”?

> Being on salary automatically disqualifies an employee’s entitlement to overtime.

> Most are unaware of what the job duties test involves and which employees qualify.

> There is a common belief that newly overtime-eligible employees (i.e., those earning between the current and new salary levels) must be converted to hourly compensation.

> Some employers also believe that they are prohibited from paying non-discretionary bonuses to non-exempt employees.

> Some employers also mistakenly believe that the FLSA regulations limit their ability to permit white-collar employees to work part-time or job share.

What are some options for employers?

Bennett suggests following one of these four options, also adding in a disclaimer that this is not legal advice but more of her advice for employers affected by the change.

Pay the employee a salary, plus overtime

Bennett’s observations: This is an attractive option for long-term employees who would consider reclassification a demotion. It’s also attractive to smaller employers who cannot afford to pay the threshold minimum salary.

Reclassify employee as hourly and pay for each hour worked overtime

Bennett’s observations: Following this method may be perceived as a loophole and could negatively impact employee morale depending on how certain department and employees are given updated wages.

Bennett’s observations: If Employee works overtime, they may be disciplined, but they must be paid for overtime.

> Be sure your company is in compliance with the new FLSA laws.

> Be open and communicative with employees about the changes and how their work will be impacted.

> Be sure to evaluate every employee’s job duties, hours worked weekly and the fiscal capacity of the company to accommodate the new law.

> If you are an employee and your company has not communicated with you about the changes yet, reach out to your Human Resources department to inquire about when the company will make changes to your wages.

Every business will be impacted differently according to their structure, current wage system, and products. While this Final Rule is intended to give employees a boost and ensure they are being paid fairly according to hours worked, there is going to be some indeterminable fallout from such change that could hurt both employees and employers’ businesses. We will follow up on how companies are being affected in New Orleans sometime in January after the Final Rule has been in effect for at least a month. In the meantime, feel free to share your stories and how your business is handling the changes.

Emeril’s to Welcome Back Customers on Sept. 28