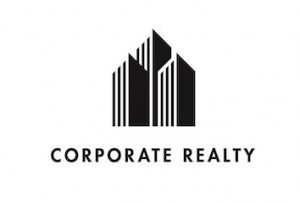 NEW ORLEANS — Benson Capital, owned by Saints and Pelicans owner Gayle Benson, announced on Dec. 16 that it has acquired Corporate Realty Inc., a commercial real estate company based in New Orleans that serves the Gulf South. Benson’s investment firm said it wants to expand its opportunities and contribute to the region’s economy in new ways.

Mike Siegel, Corporate Realty president, said his business relationship with the Benson family dates back more than a decade to when the company helped the late Tom Benson, Gayle’s husband, acquire Benson Tower. The prospect of this deal has existing nearly that long.

“Dennis Lauscha, [president of the New Orleans Saints and Pelicans], and I have been talking about it forever,” he said. “I don’t know if he said the idea to me first or if I said it to him, but the other day he jokingly asked, ‘Have we been talking about this since the day we met?’ The actual negotiations, meanwhile, took place over about the last six months.”

Siegel said the deal makes sense because the Saints organization brings with it a powerful, far-reaching platform with a lot of marketing power. 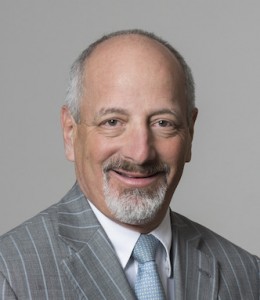 “There’s nothing else like it in this region,” he said. “It’s good to be part of the Benson organization and what comes along with it — the Saints and the Pelicans and all of that investment. They have a lot of stroke, a lot of access. Ultimately, we’re responsible for what we do. We’re going to be a standalone operating company, and we’ve got to go get the business and service the client, but the platform that they offer us is unparalleled. And they’re nice people: We enjoy working with them. They like working with us.”

Nationwide, there has been some hand wringing about the state of the commercial real estate market because of the seismic changes that took place during the pandemic. The remote work trend has certainly changed the equation, but Siegel remains bullish about the future.

“Obviously right now, multifamily is great, industrial is great,” he said. “And brokers have to represent people whether things are good or bad or markets are rising or going the other way, so it’s less about the market and more about being a service provider.”

Corporate Realty presently employs approximately 55 people, 17 of whom are full-time commercial agents. This acquisition provides an increased opportunity for growth at a time when the pandemic has created unexpected challenges and opportunities for the industry. Corporate Realty will remain based in New Orleans and Siegel will continue in his role as president.

“I am excited about the acquisition of Corporate Realty, which has established itself as one of the preeminent commercial real estate companies in the Gulf South,” said Gayle Benson in a press release about the deal. “I have had the privilege of working with Mike Siegel and his team on a number of projects in New Orleans since 2009, including the redevelopment of Benson Tower and Champions Square, and have been impressed by their expertise, their professionalism, and their passion for New Orleans and its people. New Orleans and the Gulf South are poised to grow significantly over the coming years, and I am committed to providing the resources necessary to help Corporate Realty not only grow and expand but to provide leadership in the communities they serve.”

“It has been a great privilege, and a lot of fun, to work with the Benson team since their acquisition of Benson Tower,” he said. “Gayle Benson’s passion for New Orleans, and for contributing to our communities, is an inspiration. We have had a great working relationship over the past twelve years, and I am beyond excited to have Corporate Realty officially join the Benson team.”