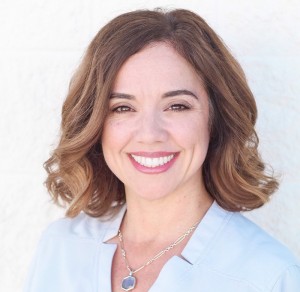 Collins joined Gambel in 2014 as director of strategy and most recently held the position of vice president. As chief executive officer, Collins will assume management and operations of the firm while continuing to lead strategy, business development and client relations.

“Amy is an effective leader with a keen eye for client management and communications strategy,” said Gambel. “Our agency was born through strong relationships, underscored by our passion to put people and ideas together. In her new role as CEO, I am confident Amy will continue to make great connections, delivering the high caliber of service that we pride ourselves on.”

Collins has been honored as a YLC Role Model and CityBusiness Woman of the Year, plus she’s been included on the People to Watch and Top Female Achiever lists by New Orleans Magazine. She was an inaugural fellow of the Norman C. Francis Leadership Institute at Xavier University. She’s also been through the Institute of Politics, New Orleans Regional Leadership Institute and the New Orleans Business Alliance’s Economic Development Ambassadors programs.

Following Hurricane Katrina in 2005, Collins took a break from communications consulting and spent six years leading the Young Leadership Council (YLC), a member-based nonprofit organization with a mission to develop leadership in young professionals through community engagement. A highlight of her time as executive director at the YLC was developing the downtown Wednesday at the Square concert series into an annual rite of spring and tripling the organization’s fundraising to develop programs to serve all aspects of post-Katrina New Orleans.

“Working hand-in-hand with one of the best in the business, Betsie Gambel, we’ve built an extraordinary team at Gambel Communications,” Collins said. “In my new role as CEO, I look forward to leaning in even more to build on the success we’ve enjoyed, delivering best-in-class communications strategy and services to our clients.”