While New Orleans has built a strong base of entrepreneurial resources, it’s no secret that the startup arena remains disproportionately white and male. Like many other evils, this issue has its roots in money.

“The people getting loans and venture capital are typically not women and people of color,” observed Andrea Chen, co-founder and executive director of Propeller, a self-described new business accelerator. “It’s the same type of challenge that these persons face in society in general.”

Supported by several recent national grants, Chen has Propeller clearly on course to address not just the resource gap but other concerns that raise the barriers higher for people from less advantaged backgrounds.

Propeller itself is an interesting hybrid. The building just off the corner of Broad and Washington is a for-profit venture, leasing space to a variety of tenants. Some are new, up-and-coming businesses, but others are significantly more established enterprises. In turn, the rental income makes it possible to provide free, shared space to a variety of startups.

While known for being linked to the “social entrepreneurism” movement, Chen sees a bigger picture. “What we think is most important is the impact, and we define that differently for each sector we work in,” she explained. For example, Propeller is very involved with water management and coastal issues, including the annual Pitch NOLA Water Challenge, but puts equal emphasis on developing innovative solutions and successful business strategies.

Two particular grants from late 2016 have helped expand Propeller’s programming. The first, a $250,000 grant from the U.S. Economic Development Administration’s Office of Innovation and Entrepreneurship, was awarded to Propeller’s Social Impact Equity Fund in recognition of its work to level the entrepreneurial playing field.

“Currently the majority of our entrepreneurs are women,” Chen said, “and about half are people of color, which is not typical in other accelerators.”

The fund commits a certain amount of capital to be distributed to the rising entrepreneurs in the program — but in a unique twist, the participants in the program rank each other, and the funding is ultimately distributed based on the rankings. “This teaches them how to think like an investor, not just a business owner, and it provides them with peer feedback,” Chen pointed out. “And it helps overcome the white male investor profile. It’s a more democratic way to allocate funds to more diverse enterprises.”

The second grant, $420,000 over two years from the Kansas City-based Ewing Marion Kauffman Foundation, will support Propeller’s plans to launch a consulting program for businesses in proximity to Propeller’s physical location. The corridors along both Broad Street and Washington Avenue are home to many small brick-and-mortar businesses, quite a few of which are woman- or minority-owned. Chen wants to create a pipeline from the surrounding neighborhoods into the Propeller programs and connections.

“Networks are critical to success,” she noted. “A lot of first customers and contacts come from who you know, and most of the people in our programs are not connected to government and other decision-makers.” To counter this, Propeller has been very intentional about building relationships with entities like the Sewerage and Water Board and the Coastal Protection and Restoration Authority as a way to open doors for its water-based entrepreneurs. Similar connections have been established in Propeller’s other areas of focus, such as education, food access and health.

Since its founding in 2009, Propeller has helped accelerate well over 100 socially minded new businesses. With these grants and other new, additional resources in hand, Propeller is now poised to accelerate its own programs, distributing opportunity on a more equitable basis and helping build wealth within New Orleans’ most disadvantaged communities.

$250,000 grant from the U.S. Economic Development Administration’s Office of Innovation and Entrepreneurship, was awarded to Propeller’s Social Impact Equity Fund

$420,000 over two years from the Kansas City-based Ewing Marion Kauffman Foundation, will support Propeller’s plans to launch a consulting program for businesses in proximity to Propeller’s physical location. 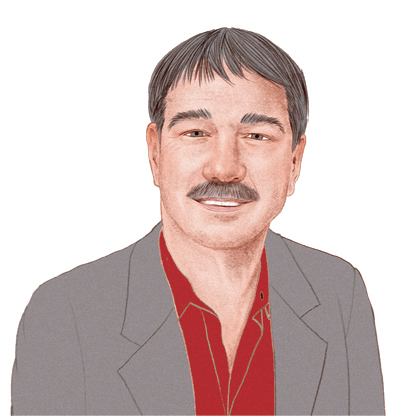