Fried Chicken Festival Set for Oct. 1-2 at the N.O. Lakefront 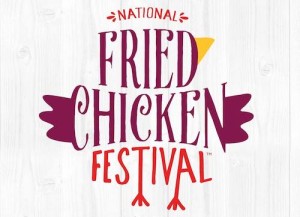 Featuring live music and some of the best chefs and restaurants in New Orleans and nationally showcasing their best versions of the dish, the festival returns after a two-year hiatus due to the effects of the coronavirus pandemic.

“It has been incredible to see the return of so many events that our city has been missing over the course of the last two years,” said Cleveland Spears, the event’s producer and president of the Spears Group. “We are incredibly grateful to our partners in Raising Cane’s and others for sticking with us through all of the ups and downs of the last few years, allowing us to bring back this festival which will be bigger and better than ever.”

After staging the three years of the festival along the Mississippi River in Woldenberg Riverfront Park and one year at Lafayette Square, New Orleans’ other large body of water will be the vista for the fifth edition of the festival starting this year. The new location will provide festival-goers with more than one million square feet of beautiful waterfront views, spanning Lakeshore Drive from Franklin Avenue to the Seabrook Bridge.

“We couldn’t be more excited to support the return of the Fried Chicken Festival,” said Todd Graves, Raising Cane’s founder and CEO. “This festival celebrates our favorite menu item in one of our favorite cities and we are proud to continue to help it to grow. It’s going to be great having FCF back this fall!”

While the 2021 version of the event had to be called off, organizers instead reimagined the festival, turning it into a weeklong celebration as part of National Fried Chicken Festival Week last October. National Fried Chicken Week showcased some of the various restaurants and non-food vendors that were due to participate in that year’s festival, driving patrons to each of their establishments to sample the featured dishes.

Across the city and throughout that week, partnering restaurants featured off-menu items that would have been served at that year’s in-person festival.

The free outdoor festival broke its attendance record at the fourth annual event in 2019, which saw over 183,000 guests across the three days. The National Fried Chicken Festival will be the first large festival event on the Lakefront since Back to the Beach in 2005, not long before Hurricane Katrina made landfall 17 years ago.

Festival attendees can expect the return of the Best Fried Chicken Contest and Best Use of Chicken in a Dish Contest. FCF will once again honor a New Orleans culinary icon. Since its founding in 2016, the festival has been bringing food, music, family, and festivities together in celebration of the classic southern dish.