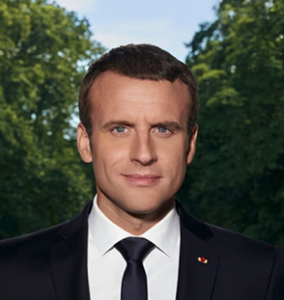 NEW ORLEANS — The Consulate General of France in New Orleans confirmed that the President of the French Republic, Emmanuel Macron, will travel to New Orleans on Dec. 2 at the end of his trip to the United States, the first state visit of President Biden’s administration. Macron will be accompanied by his wife, French First Lady Brigitte Macron.

The trip is being touted as an opportunity to highlight the historic and cultural ties between Louisiana and France and to develop plans for the future on issues such as climate change, French language and culture and cultural affairs.

Macron will begin his visit in Jackson Square, where he will be welcomed by Mayor LaToya Cantrell. He will then take a quick walk through the French Quarter before heading to his next meeting at the Historic New Orleans Collection.

There, he will discuss issues relating to climate change with Gov. John Bel Edwards. This meeting will be followed by the signing of a memorandum of understanding that will create a position on the Governor’s Climate Initiatives Task Force for a French expert in the energy transition. This document will be signed by Edwards and the French Minister for Europe and Foreign Affairs, Catherine Colonna, in the presence of the French President.

At the New Orleans Museum of Art, Macron plans to announce the creation of the Fund for the French Language, which will support the teaching of French in American schools. At the 2018 Summit of the Organisation Internationale de la Francophonie in Yerevan, the state of Louisiana joined the OIF as an observer member, thereby emphasizing the central role that French language and culture play in Louisiana’s identity.

Finally, the French president will attend a dinner featuring key representatives from the music and film industries, and then he will listen to live music on Frenchmen Street.