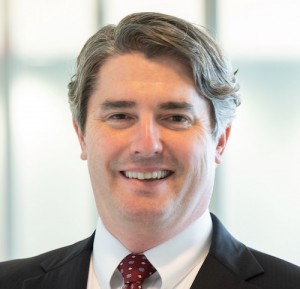 “I am honored to be joining such a distinguished firm as Adams and Reese,” said Henry. “Amid the pandemic, like many Americans, my priorities shifted and after many months of consideration I made the decision to resign from public office. Now, I look forward to utilizing my vast government experience to effectively represent clients’ interests in the ever-changing political landscape here in Louisiana and in Washington, D.C.”

Henry’s previous political service representing District 82 in the Louisiana House of Representatives and as Republican Whip Steve Scalise’s Chief of Staff affords him an understanding of the complex relationships across local, state and federal governments and how to navigate issues for clients as a highly effective and thoughtful government relations consultant.

With almost 20 years of experience in politics in Baton Rouge, New Orleans and Washington, D.C., Henry has knowledge of legislative and regulatory processes. He leverages a wealth of strategic insight and close personal relationships both in and outside the government that will benefit Adams and Reese clients across its eight-state platform and in the nation’s capital.

“Adams and Reese is widely-recognized as a leading government relations firm on a local, regional and national level, and the addition of Charles Henry to our team will only further strengthen our practice,” said B. Jeffrey Brooks, a former chairman of the firm and partner in its Washington, D.C. office who represents clients in federal government relations matters. “His deep first-hand insight into the inner workings of government and political strategy makes Henry distinctly suited to advise and advocate for our clients’ interests in New Orleans, regionally and in Washington, D.C.”

Henry is a 2007 graduate of the Loyola University School of Law, where he served on the Honor Board. He received his B.A. in political science from Loyola in 2001. Additionally, Henry completed the Senior Executives in State and Local Government program at Harvard University’s John F. Kennedy School of Government in 2006.