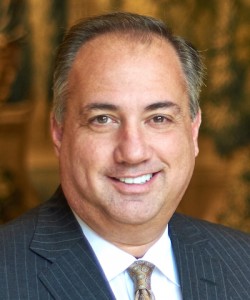 NEW ORLEANS — Adams and Reese has announced that B. Jeffrey “Jeff” Brooks, a partner in the firm’s Washington D.C. office, has been elected to serve as chair of Adams and Reese’s executive committee, effective January 1, 2022.

The executive committee is the firm’s management body that oversees strategic operations and its attorneys, advisors, and professional staff. Members, consisting of six partners located across the firm’s regional footprint, are elected by their fellow partners to serve a three-year term.

“I am thrilled to once again lead the executive committee of Adams and Reese,” said Brooks. “I look forward to working for the firm’s continued success in 2022, supporting our attorneys and staff, and guiding the committee as we continue to focus on our clients and build upon their successes.”

Brooks’ selection as chair marks his fifth term, having served as chair of the firm’s executive committee in 2014, 2015, 2018, and 2019. In addition to his recent election, Brooks will maintain his leadership on the board of the directors at Browne Academy, a diverse and independent coeducational day school in Alexandria, Va. He will also continue to serve on the board for the LSU Flagship Coalition and as board chair of Tsunami FastPitch Softball.

After serving as chief counsel and director of special projects for Louisiana State Rep. Richard H. Baker, Brooks joined Adams and Reese in 1997. After establishing the firm’s office in Washington, D.C., he added several lawyers and lobbyists to build a legislative practice. He oversees a team of government relations attorneys representing their clients’ interests on Capitol Hill in areas including energy, transportation, public works, budget appropriations, education and financial services.

Brooks holds a bachelor’s degree in political science from the University of New Orleans. He attended the Loyola University New Orleans College of Law, where he received his J.D. in 1993.