A look at three local businesses who owe it all to Jazz Fest.

The New Orleans Jazz & Heritage Festival has long been an outlet for exposing the international community to the art, food and music that characterizes and evolves with the city since the festival first appeared in Congo Square in 1970.

Now the second-most popular event in Louisiana after Carnival, the festival is also an economic boon for the city – estimated to draw almost $300 million annually, according to the nonprofit side of the festival, the New Orleans Jazz & Heritage Foundation.

In addition to elevating the careers of the thousands of musicians who take the stage each year, the festival has played an equally instrumental role in shaping the futures of several of its local vendors.

Take, for example, Vaucresson’s Sausage Co. Founded in 1899, the business has played a crucial role in Jazz Fest since its first year.

“My grandfather [Robert L. Vaucresson] was a butcher,” explains Vance Vaucresson, current president of the company. “He opened up a stall at the St. Bernard Market, which is now Circle Food Store.” A few years before the first fest, Robert L. Vaucresson’s son, Robert “Sonny” Vaucresson, opened Vaucresson’s Cafe Creole with Larry Borenstein. The Bourbon Street cafe was popular for about a decade before the bar scene took over the area in the ’70s. “We were one of the first restaurants in the French Quarter to really showcase Creole cooking from the Creoles of color perspective.”

During an early conversation about Jazz Fest, Allan Jaffe of Preservation Hall, Borenstein and Jazz Fest founder George Wein asked Sonny Vaucresson if he’d be interested in selling food there. He obliged, and Vaucresson’s Sausage has been a mainstay ever since.

Vaucresson says the food at Jazz Fest is every bit of a draw as the music.

“Food took a backseat in the beginning, but now it’s right up there,” he says, noting the festival’s “Food Olympics” in 1976, which attracted journalists from The New York Times and other large media outlets. “The fest exposed our products to locals outside of the 7th Ward neighborhood, and also to international fans and to people who come here every year.”

But it’s not just the cuisine that has gained widespread acclaim at Jazz Fest. The arts and crafts areas are an equally important cultural draw.

Frank Relle, a photographer who has sold his work at Jazz Fest since 2005, says that as a fledgling photographer before he was selected as a vendor he made ends meet by working as a waiter.

“Jazz Fest created my career,” he says. “The first place I ever showed my work was at Jazz Fest, five months before Hurricane Katrina. I applied to be a vendor with only five photographs in my portfolio.”

Though it was seemingly a long shot, Relle’s theatrical, dramatic portraits of New Orleans at night struck a chord with festival staff, who voted to give him a chance.

“I realized I needed more than five photographs to go out there,” he says, noting that he spent the next few months creating the first 15 photographs in his “Nightscapes’ collection.

Relle sold enough photographs that first year to quit waiting tables and pursue his passion full-time. He now remains based in the area but travels internationally for work.

According to Relle, Jazz Fest offers something very valuable to local vendors – a concentrated market of people with an interest in local culture in one place for one period of time.

“There are New Orleans lovers all over the United States who appreciate photographs depicting New Orleans culture, but it’s only during Jazz Fest that they are all in New Orleans,” he says. 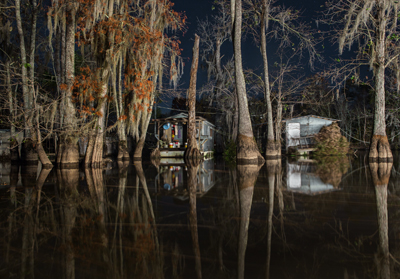 Local photographer Frank Relle was accepted as a Jazz Fest vendor in 2005. His “Nightscapes” series won over judges, giving birth to his career.
Photo by Frank Relle

Another vendor, now going into her third year at Jazz Fest, with an unexpected – and healing – success story is Stephany Lyman, who sells her wares in the Contemporary Crafts area.

When her sister passed away three years ago, Lyman pursued a therapeutic hobby to help her grieving process. That hobby eventually became “Side Kicks,” a business where she sells purses made from recycled cowboy boots, wingtip shoes, belts and other accoutrements with local flair.

“It was my way of literally putting one foot in front of the other,” she says. At the time, Lyman had recently retired from a longtime teaching career as an English professor at the University of New Orleans, and though it wasn’t intended to become her second career, the craft booth at Jazz Fest changed her trajectory.

“The Contemporary Crafts [area] at Jazz Fest made this venture into more than an outlet for healing,” she says. “Besides being incredibly validating, Jazz Fest exposes artists to people from all over, from tourists and music enthusiasts to collectors and shop owners, and thus affords plenty of opportunity to exhibit elsewhere or sell one’s work in shops beyond New Orleans.”

Vaucresson echoes the sentiment: “It’s a pleasure to be associated with a ground-breaking entity,” he says. “We owe our business to Jazz Fest.” 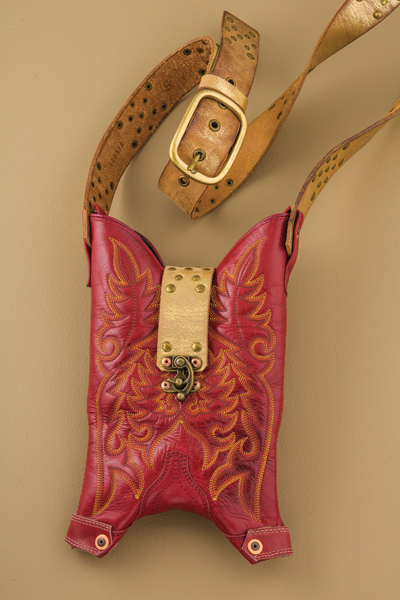 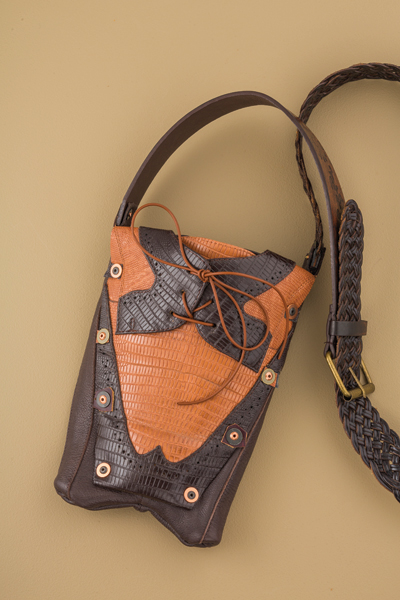 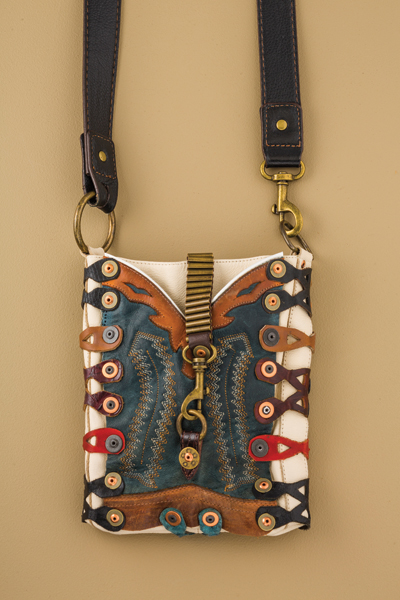 Side Kicks offers purses made from recycled cowboy boots, wingtip shoes and belts. Stephany Lyman’s work went from a hobby to a second career thanks to Jazz Fest.
Photos courtesy of Stephany Lyman

Responsible for much more than just its namesake, the New Orleans Jazz & Heritage Foundation is also the force behind free community events, including:

The foundation also bolsters after-school music and arts education, in-school education and cultural documentation. One of its latest milestones was the 2014 opening of The George and Joyce Wein Jazz & Heritage Center, at 1225 N. Rampart St. A tribute to the pioneering festival producers, the former funeral home building was updated to feature seven classrooms, music labs and high-tech audio and video recording capabilities. The center is open year-round for a variety of educational and cultural programs open to the community.