NEW ORLEANS – Fisher & Phillips’s labor and employment law specialists Jaklyn Wrigley and Steven Cupp report that human trafficking is a $150 billion-a-year business and New Orleans is one of the top 20 cities for human trafficking in the United States, with Baton Rouge being the hub.

They report in a recent article:

Human trafficking is a growing problem in the United States and abroad. Although the common assumption is that human trafficking involves sex, it can also involve labor. According to the Office on Trafficking in Persons, a Department within the United States Department of Health and Human Services, labor trafficking takes place in various contexts. From domestic servitude to small businesses, from factories to agricultural work, trafficked persons are well-woven into the fabric of the American workforce. It should come as no surprise, then, that this “business model” has an estimated annual value of $150 billion. While an overwhelming number of employers would never forcibly obtain labor or services from a person, well-intentioned employers are finding themselves embroiled in civil litigation alleging just that.

Enacted to combat the growing epidemic that is human trafficking, the federal Trafficking Victims Protection Reauthorization Act makes it unlawful for any person to knowingly provide or obtain labor services by means of force or threat. Persons who violate this Act may be subject to criminal and/ or civil penalties. But, it is not just those knowingly providing or obtaining labor services who may be subjected to penalties – a victim may pursue a civil action against not only the perpetrator, but also against whoever knowingly benefits, financially or by receiving anything of value from participation in a venture which that person knew or should have known has engaged in conduct that violates the Act.

Because of this “should have known” aspect, employers should not turn a blind eye to suspicious conduct – especially employers that rely on labor service providers, contractors or other third parties to provide laborers. To minimize risk, there are few things employers can do. First, make sure you have a solid contract with the third party provider. This contract should clearly articulate that any laborers – whether provided to supplement the employer’s workforce or who perform work on behalf of a contractor – should be authorized to perform work in the United States and should be paid in accordance with the provisions of the Fair Labor Standards Act. This contract should also have strong indemnification language. Second, maintain an “open door policy” that invites any person performing work for the company (directly employed or not) to complain about possible violations of the law without fear of reprisal. Expressly mention human trafficking, and either disseminate this policy to each laborer or post it in an area or areas where it will be seen. Finally, be on the lookout for unusual behavior (by the contractor or the laborer) and do not be afraid to speak directly to a contract laborer if something seems out of place. Does the person seem intimidated or afraid? Agitated or nervous – avoiding eye contact? Is this exacerbated when the contractor or a “translator” is nearby? Is the person not free to leave the worksite? A “yes” to any of these questions should raise a red flag.

While no amount of effort can fully prevent a lawsuit, taking these steps will at least reduce the likelihood that you get caught up in a human trafficking dragnet. But, even if you do, you will have at least laid the foundation for a strong defense. 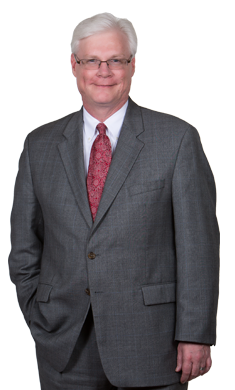