Dealing with passive-aggressive behavior in the workplace

When dealing with passive-aggressive coworkers, it’s hard to even know where to start. On the one hand, the unpredictable nature of this type of behavior can cause us to think we are going crazy. On the other, even after confirming passive aggressiveness, you still have to work with the person. It may not always be pleasant or easy, but keep reading to learn how to identify the behavior and regain or retain your sanity.

According to “The Angry Smile: The Psychology of Passive-Aggressive Behavior in Families, Schools and Workplaces,” by Nicholas James Long, Jody E. Long and Signe Whitson, passive aggression is a deliberate and masked way of expressing hidden anger. In an April 2017 “Psychology Today” article, Whitson writes that it commonly manifests itself in the following behaviors:

• Avoiding responsibility for tasks;
• Doing less when asked for more;
• Missing deadlines;
• Withholding important information;
• Going over a boss’s head to make him or her appear incompetent or unresponsive;
• Leaving notes or using e-mail to avoid face-to-face confrontation;
• Ignoring the notes or e-mails left by others;
• Complaining about office policies and procedures;
• Arriving late;
• Extending their lunch break;
• Using sick days unnecessarily;
• “Forgetting” or “misplacing” important documents;
• Resisting suggestions for change or improvement;
• Procrastinating; and
• Questioning co-workers in public settings, such as during meetings or presentations.

Additionally, passive-aggressive people often shut down conversations with language such as “OK, fine,” and employ the silent treatment or sulking. This behavior is repetitious and difficult to prove, especially to human resources, because, Whitson writes, “the passive-aggressive employee is always armed with a plausible explanation for such behaviors and is expert in casting himself in the role of victim to any angry accuser.”

It’s possible that after reading the above list of attributes, you’ve realized you are being passive-aggressive. Most of us slip into this behavior at one point or another and it’s usually passing and situational. However, if this piece so far has lead you to realize you are chronically passive-aggressive, consider this #realtalk time.

Take a step back for self-reflection and begin to work on better ways to communicate your emotions, especially anger, as passive-aggressive behavior is a symptom of feeling angry and voiceless. Learn to set boundaries, be clear about your opinions and expectations, and learn how to identify and cope with anger and other emotions.

There are countless resources online, but you may also want to consider scheduling a few sessions with a therapist or counselor who can help you work through the underlying causes and facilitate solutions that result in more productive work and — because this behavior likely isn’t confined to the office — personal relationships.

If the list confirms your suspicions about a colleague, fear not, there are a few strategies you can implement.

First and foremost, don’t succumb to passive-aggressive behavior of your own in an effort to combat the other person with his or her own medicine. This will only make the situation worse.

Next, whenever possible keep the other party at arm’s length. Why interact if it’s not necessary? That said, if you have to work with the individual on a project or communicate for any reason, use email, so that you have written documentation. If email isn’t an option and you have to communicate face-to-face, enlist a third party to be present as a “witness” of sorts during meetings and other interactions.

During direct conversation, Melody Wilding, a licensed social worker and teacher of Human Behavior at The City University of New York, recommends in a Forbes piece on the subject to “take the ego out of communication” and avoid using “you” or “your” in favor of “we,” to depersonalize issues.

She also advises that it’s important to “work to establish clear standards and expectations that hold people accountable,” asserting that “consequences — when designed effectively — are the most powerful way to snub out passive-aggressive behavior.”

As with most workplace problems, it boils down to effective communication. Identify the problem, find the best method of communication and be consistent. In no time, you’ll be on your way to a healthier, happier workday. 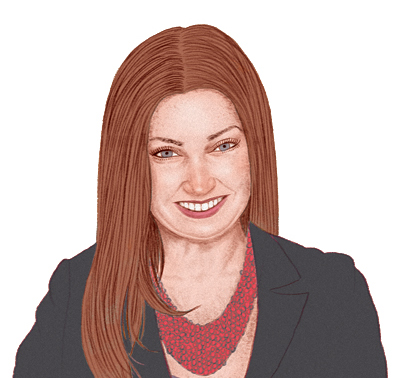