Tourists are flocking to the 7th Ward’s Bullet’s Sports Bar.

Hidden away in the 7th Ward is a neighborhood bar that has become one of New Orleans’ top-rated sports bars, attracting tourists from all over the world.
Bullet’s Sports Bar captures the essence of New Orleans culture – genuine Southern hospitality, delicious food, and regular features of homegrown talent.
“When people come they are very shocked about the hospitality that we have,” says Rollin J. Garcia, a.k.a. “Bullets,” owner of Bullet’s Sports Bar.

“Whether you are somebody that is from out of town, or somebody that lives here and we don’t really know you, I will greet you and shake your hand and tell you that I am thankful that you came because we are kind of off the grid.”

Thanks to rave reviews on sites like TripAdvisor and Yelp, word has spread that this small corner bar, which maxes out at about 60 people, serves as the Tuesday night home of one of New Orleans’ favorite musicians – Kermit Ruffins.

“Kermit was scheduled to play the night of Hurricane Katrina but he didn’t get started until after, so he has been performing every Tuesday night for the past nine years,” Garcia says. “Kermit is a natural draw – he really brings the tourists in. We had a couple of tourists before the storm, but after Katrina it really took off.”

Business at Bullet’s has also received a bump thanks to New Orleans’ “Follow Your Nola” campaign, which encourages visitors to explore the city’s unique and varied neighborhoods. The fact that the bar was featured in the popular HBO series “Treme” hasn’t hurt.

Bullet’s doesn’t charge a cover, except on Tuesday nights, when $10 per person gets you in to see Kermit Ruffins and the Barbeque Swingers. Even with an increase in tourists, prices have remained the same $3 buys a bottle of domestic beer. During the evening, two or three food trucks typically park out front.

“I don’t charge anything for the food trucks,” Garcia says. “I just let them come and sell what they sell – everybody has got to make a living, you know.”
Garcia admits, however, that keeping prices down comes at a cost.

“It is a struggle to keep the doors open – we don’t make a lot when all is said and done,” he says. “I just want to leave my mark. I love this neighborhood. I grew up in the area, and both of my sons live here.”

Garcia, who entered the business 16 years ago, is the heart and soul of the bar. At the age of 18, he earned his nickname “Bullets” when he walked into the middle of an armed robbery at a local grocery store and wound up getting shot in the arm and the stomach.

Asked about safety issues around the neighborhood, Garcia says they have “the normal stuff, like all bars do,” but because their music mainly attracts an older crowd, they don’t see much trouble. 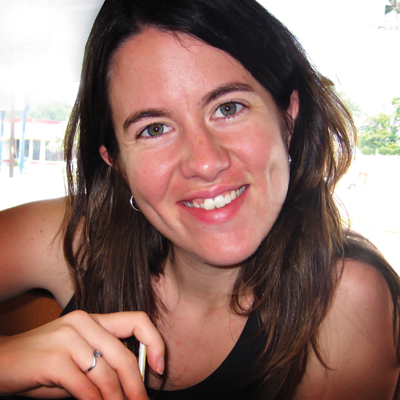 Margaret Quilter is an Australian expat whose tales of adventures abroad have been published in international magazines. Check out her weekly blog, “Tourism Biz” at BizNewOrleans.com.