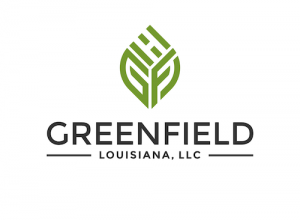 NEW ORLEANS (AP) — Descendants of people enslaved in Louisiana are seeking to keep a $400 million grain terminal out of their community by suing to abolish the land’s 1990 “corrupt rezoning” as industrial.

That ordinance was pushed through as part of a Formosa Plastics Corp. deal that collapsed and later sent a former parish president to prison, according to a lawsuit filed Tuesday in state court.

Greenfield Louisiana LLC, which plans to build a grain elevator, loading terminal and 54 silos, said the project would be clean, safe and provide more than 100 jobs.

Some residents doubt this. They are led by twins whose great-great grandmother was born into slavery and whose parents opposed use of the same land for a Formosa Plastics Corp. rayon plant 30 years ago.

“Although we won the battle we did not win the war,” because Greenfield Louisiana is now using the zoning created for Formosa, Jo Banner said at a livestreamed news conference after the lawsuit was filed.

Jo and Joy Banner say there’s no place for such a terminal in Wallace, a mostly Black community of 775 about 25 miles (40 kilometers) from New Orleans.

“Their suit stems from the 1990 corrupt rezoning,” a news release said.

Six years after the land was rezoned, former St. John the Baptist president Lester Millet Jr. was convicted of extorting $200,000 from the friend he chose to broker the land sale.

After arranging the sale, Millet “promised Formosa that if it purchased the Whitney Plantation for the rayon facility, he would use his authority to push through the needed rezoning,” the 5th U.S. Circuit Court of Appeals wrote in 1997. That opinion upheld Millet’s 1996 conviction for extortion, money laundering and a racketeering-related charge, his sentence of nearly 5 years, and an order to repay the money.

Banner said her parents withstood pressure 30 years ago: “either sell or the parish will take our home.”

Some homes in Wallace would be only 260 feet (79 meters) away, from the project, which also would include “a conveyor structure nearly as tall as the Statue of Liberty,” the lawsuit states.

Whitney Plantation and Museum, which casts a cold eye on slavery, now owns part of the land originally rezoned for the Formosa project. The museum, a historic church founded by freedmen after the Civil War, and a cafe owned by the Banners are among those that would be hurt if Greenfield builds there, according to the suit.

“Recently, he has been the subject of numerous glowing profiles hailing the ‘activist investor’ for allegedly making Exxon more eco-friendly,” Tuesday’s news release said. “He has managed to maintain his reputation as a crusading environmentalist only because his central role in the grain terminal is not yet widely known, the Banners say.”

The project “has won support from residents and public officials because of its direct local benefits, including good jobs,” it continued.

“The project will meet and far exceed all environmental protection standards,” the email said.

“When you allege that a law is a nullity, you get to move to the front of the line,” he said.