NEW ORLEANS – Last night, the Senate passed an extension of the deadline for small businesses to apply for Paycheck Protection Program loans. If the legislation becomes law, businesses will have until Aug. 8 to apply for the $130 billion remaining in the program’s coffers.

Many small business owners, meanwhile, are preparing to file for forgiveness for the loans they already received. The good news is that the Paycheck Protection Program Flexibility Act, signed into law on June 5, should make the process easier, according to Chris Ferris, president and CEO of Fidelity Bank – which handled approximately 2,000 loans worth more than $160 billion. Ferris also said more favorable rule changes could be on the way. 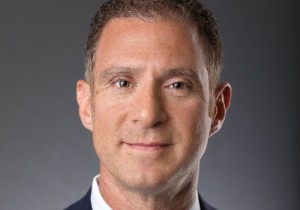 “The first big modification that’s happened is the reduced payroll amount,” said Ferris. “At one point, an owner would have to spend 75 percent of PPP funds on payroll only in order to get forgiveness – but now they dropped that amount down to 60 percent. So, prior to the recent changes, 25 percent was the maximum a business could use for other qualified business expenses like rent, mortgage, utilities, etc. Now the number is 40 percent, so that’s a positive.”

A second big adjustment is that the forgiveness period was extended from eight weeks to 24 weeks.

“Business owners had complained that paying workers while they were shut down didn’t make a whole lot of sense and so this extended period allows them to bring folks back and pay them [at the right time],” said Ferris.

A third beneficial change is the introduction of the 3508ez form, which is a simplified version of the document business owners will fill out to request loan forgiveness. Ferris estimates that 90 percent of his customers will be able to file using this form.

“The original 3508 form was about 12 to 14 pages long and it’s pretty complicated and confusing, so they published this three pager and that should provide a lot of administrative relief for small businesses,” he said. “It certainly is a lot less complicated to submit. If you maybe did not meet the 60/40 payroll-to-business expense ratio, however, you will be required to use the longer form.”

Ferris said that none of his customers have begun the application process for PPP loan forgiveness but the portal for them to do so could be up and running as soon as next week.

“If you were among the first to get your PPP loan, which would have been the first full week of April, you are now coming up on the end of your eight-week forgiveness period,” he said. “So now that we’ve gotten the document and the guidance, you technically can apply for forgiveness at this point. We are prepared to accept the forgiveness information from our clients: their payroll reports, their qualified business expenses – and we can start the process. However, with the extension to 24 weeks, you might not see people rush to do it.”

One piece of advice from Ferris to all small business owners? Prepare to file while also paying attention to any changes to the program that may be on the way.

“Continue to look for updates from the Treasury Department and SBA,” he said. “It seems we have reached an end to the guidance but there could be more favorable adjustments to the program given the more prolonged shutdown and the increase in cases. There’s still the issue around the idea of ‘safe harbor.’ … We were hoping if you had a loan for less than $500,000 that essentially you would fill out an attestation form, send it in and you’re forgiven. Essentially it’s saying if you were honest about this, then … you can’t be held liable or responsible. You won’t be audited.”

Simplifying the bureaucracy will help the business owners, banks and everyone involved, said Ferris.

“Many business owners don’t have CPAs or ADP to do their payroll,” he said. “They’re having to rely on bank statements and trying to keep up with these things on their own, so it’s a burden on them, too.”