The Big River Coalition continues to advocate for additional federal funds to promote channel maintenance on the Mississippi River Ship Channel. As previously noted the Corps Mississippi Valley New Orleans (MVN) has already spent $20 million of Fiscal Year 2016 (FY 16) funds to dredge the Crossings Above New Orleans after the historic high record stages in late July and early August.   The Coalition continues to request additional appropriations on top of the amount ($85.866 million) listed in the President’s Budget Request for Fiscal Year 2016.

The Federal Government is presently operating under a new stop-gap Continuing Resolution that is set to run out on Wednesday, December 16, 2015.

Congress is trying to pass a two-year funding Bill but the complexities of such a large effort are also responsible for the present and anticipated delays.

The indications are now that another temporary spending bill would be required before the Omnibus Appropriations Bill can be finalized.

The unseasonably warm weather is once again related to a prevailing El Nino weather pattern that will also continue to drive precipitation over the Mississippi River Basin over the next few months.

The Carrollton Gauge (New Orleans) is expected to crest at approximately 13 feet later this week and to then begin a slow fall.  The shoaling in SWP left behind as the stage level recedes will warrant the attention of at least one hopper dredge.

Clearly, additional funding over the amount in the President’s Budget Request will be needed to maintain full channel dimensions on the Mississippi River Ship Channel during the remainder of FY 16.

Please review the attached letter and feel free to request assistance from your Congressional representatives as the efforts to fund the Federal Government for FY 16 continue. 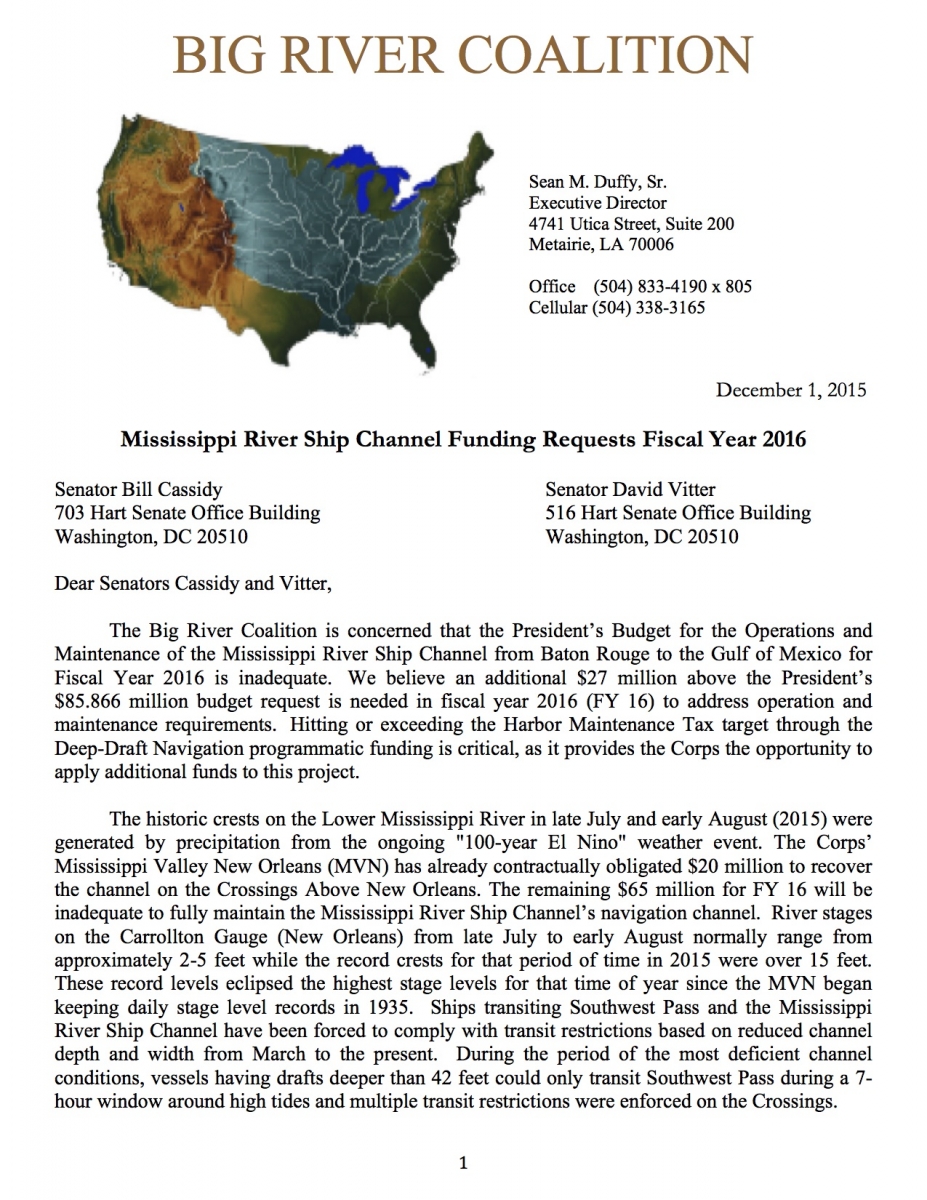 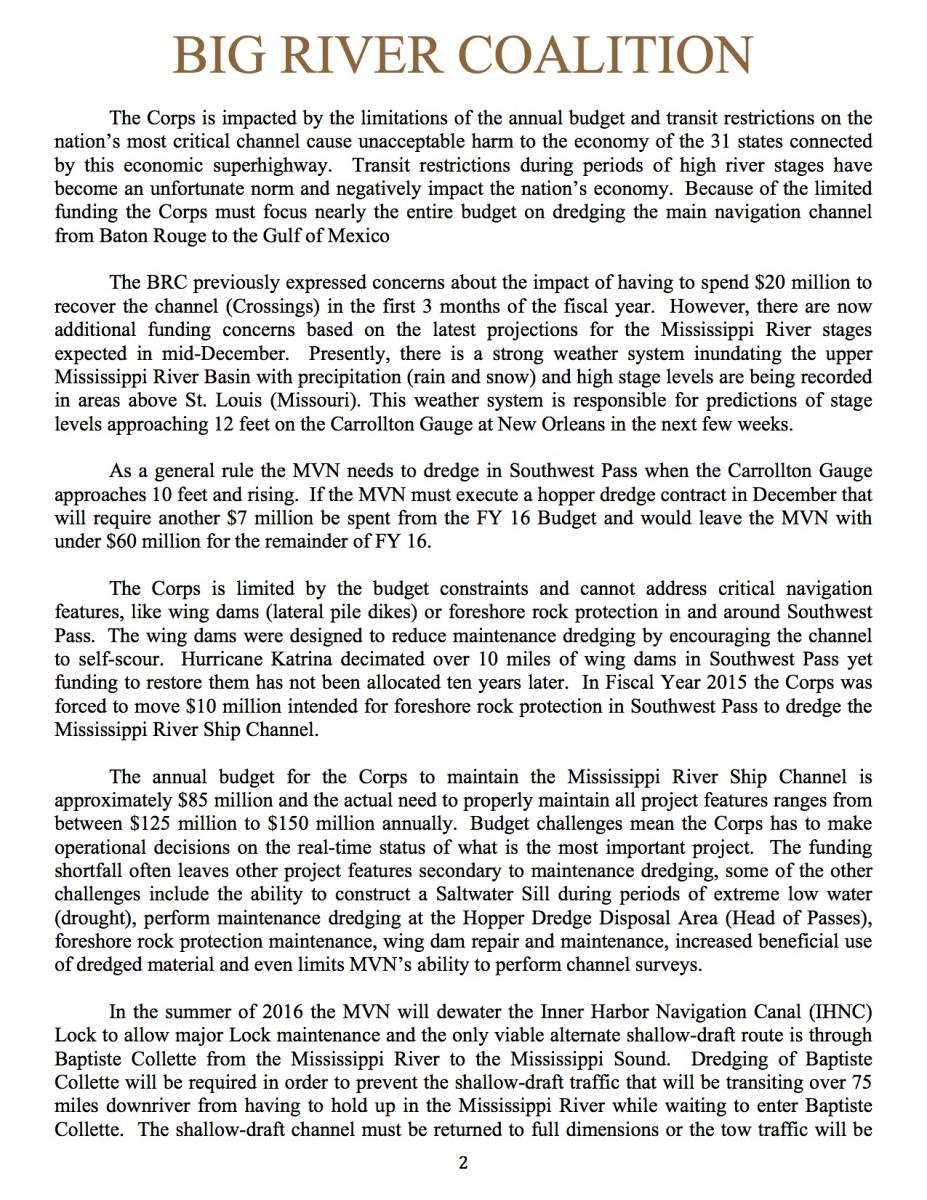 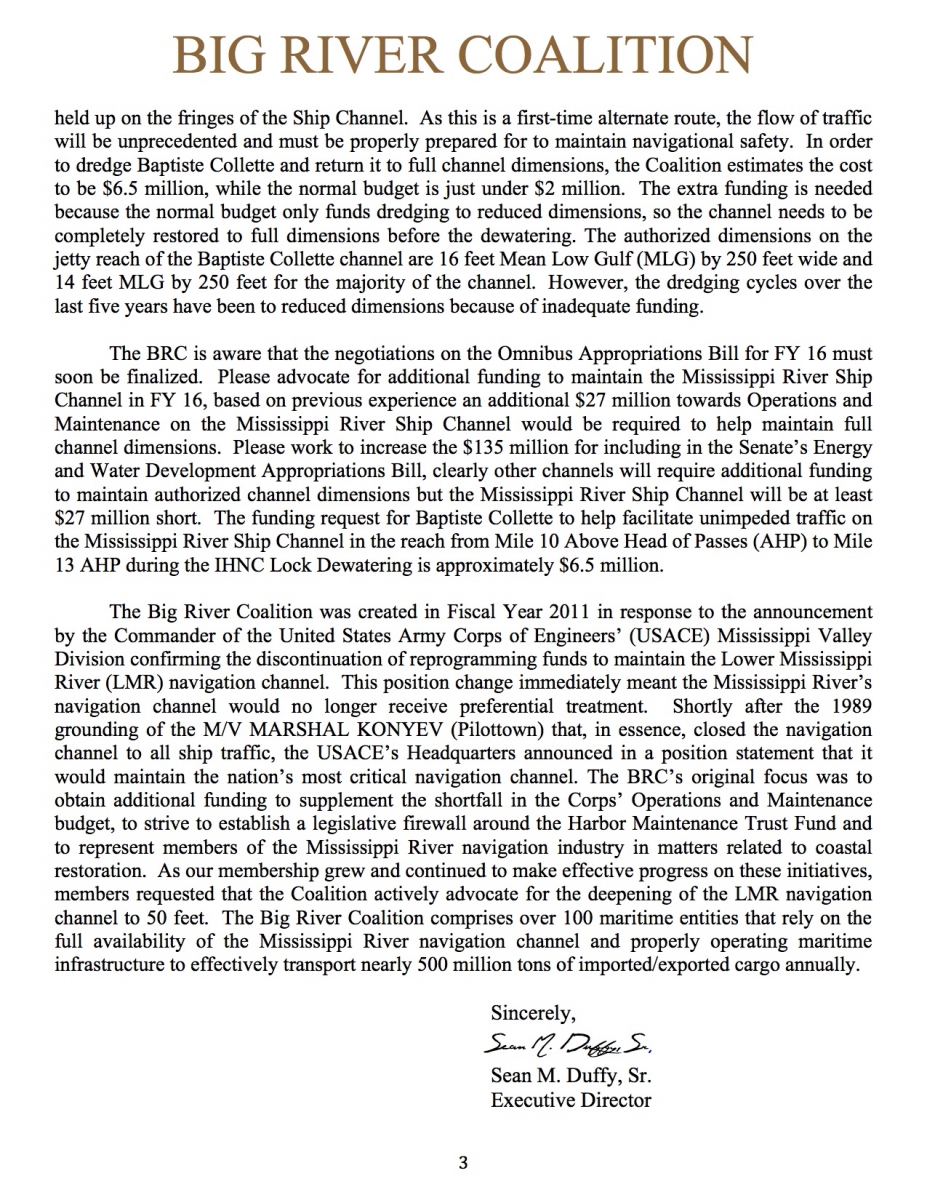