NEW ORLEANS – When the COVID-19 shutdown began, Scott Campbell was at the helm of River Road Press, the boutique publishing company he founded in 2014.

When Campbell heads back into the office in the coming weeks, it will be after selling his business to South Carolina’s Arcadia Publishing and taking the reins at Pelican Publishing, which Arcadia bought last year.

Confused? Well it was even more complicated for Campbell and his new colleagues because they had to pull off the whole deal from their kitchen tables while practicing social distancing. 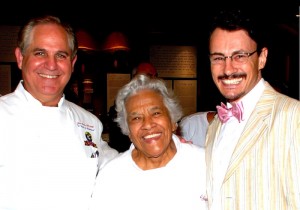 “COVID-19 slowed down the process,” said Campbell. “We were talking before and then we put things on hold. Once everyone had a better understanding of what the impact would be, once things normalized a bit, then we got back in contact and went forward with the deal. It lets you know that business must continue and the show must go on. And it’s a testament to Arcadia’s faith in River Road Press, the economy and my ability to help them move forward.”

Based in Charleston, S.C., Arcadia has 12,000 titles in its catalog. Its subsidiary, The History Press, produces hundreds of local history books each year.

Campbell said that Arcadia’s purchases of Pelican and River Road Press are part of a larger trend in the industry.

“Consolidation in the marketplace is the natural progression of things,” said Campbell. “For companies that want to grow larger, acquiring smaller companies with strong authors and title lists makes sense. They also get the staff that already exists so you don’t have to train anyone and familiarize them with titles or customers.”

Campbell, a New Orleans native, worked for more than a decade at Pelican as the head of sales for the mid-south region. He left the company to found River Road in 2014. So he’s about to experience a homecoming of sorts.

“One of attractions for Arcadia is that I was a competitor in the marketplace and I’d worked at Pelican so I knew their books as well as mine,” he said. “They could hire me to run both and they acquired my titles. It was really a good fit for them.”

Arcadia bought all of River Road’s inventory and the rights to all its titles. The stock will likely join that of Pelican up at Arcadia’s South Carolina warehouse. A lot of other logistics, meanwhile, are still being examined.

“The River Road Press press titles are all going to be folded into Pelican and whether River Road remains its own imprint under Pelican or those titles become Pelican titles has not been determined,” said Campbell. “We’re very early in the process and trying to make good decisions.”

With a team of mostly contract editors, artists and typesetters, River Road has published 35 titles since its 2014 debut. Like Pelican, the boutique company has found success with local children’s books, history books and cookbooks. Notable titles include The Incomparable Magazine Street, Ten Gators in the Bed and the Eat Fit Cookbook. Campbell also co-wrote and published a book with his daughter, Tallulah, called Things That Geaux. In addition, River Road is the distributor of Arthur Hardy’s Mardi Gras Guide and Huli’s Louisiana Festival Calendar.

Clearly, Campbell still believes in the potential of paper publishing in the digital age.

“I threw my money up there and started a company,” he said. “People talk about digital and things like that and it’s a big part of publishing. But as far as children’s books and picture books are concerned, they don’t translate as well into digital because you need that tactile item. You’re laying in bed, turning the pages, talking about it. In my kids’ case, they’re making fun of the illustrations or making up a secondary story.

“Cookbooks, coffee table books and children’s books aren’t going away any time soon. When you go to a child’s birthday party, you don’t say, ‘Here’s a download of Things That Geaux.’ You give a copy that’s autographed by the author. Maybe you inscribe it.”

Campbell thinks New Orleans, in particular, is a great place to be in the book business because New Orleanians are really into themselves … in a good way.

“Louisiana is unique in that people have such pride in place,” he said. “It’s not even just the state; it’s local pride. Look at Fleurty Girl and Dirty Coast. They’re empires built on 504. When you travel around and look at the local section of other bookstores, it’s sometimes just a spinner rack. In New Orleans, you’ve got whole aisles. The number of manuscripts that come across my desk on a weekly basis is a testament to how excited people get about every single aspect of life here. How many books are there about streetcars and snowballs? People are so into it.”

“We are seeing an overarching trend of people wanting to connect more deeply with their communities and that is what is driving our strategy,” he said. “Nowhere is this more true than in New Orleans and Louisiana, and we see Scott Campbell as the ideal leader to take the newly combined Pelican and River Road business forward.”

Campbell has always been very involved in every detail of his projects. For the Magazine Street book, for instance, he spent a lot of time helping the writer John Magill and photographer Margot Landen gather material.

“We walked from the top of the levee and past the zoo all the way to Canal Street and back over the course of several trips,” said Campbell. “It was a great experience because John gave us a running commentary of the history of Magazine Street the whole time. We photographed Lee Harvey Oswald’s house where he actually lived before the Kennedy assassination. We talked to the World War II veteran who lived there then and now.”

The effort paid off when the book became one of River Road’s most profitable releases.

“That book was a huge undertaking for us but was so rewarding to do because I got to meet so many people. There were so many great interviews along the way.”

But even though Campbell weighs in on everything from cover art to font choice, he’s also not afraid to delegate.

“I believe in getting a bunch of good people I love working with and just doing stuff with them,” he said. “I don’t want to go on 100 first dates – want to go steady with people.”

The new job, meanwhile, isn’t the only big recent change in Campbell’s life.

Since 2003, he and his wife Marci Schramm have lived on the “batture” – a strip of houses on the unprotected side of the Mississippi River levee off of River Road near the parish line. (Hence the name River Road Press.)

Living in an interesting place had its benefits.

“A lot of people wanted to see those houses because they were so unique,” said Campbell. “I would make a habit of mentioning it to prospective authors. It was a selling point. There’s romance about it so I would give people a tour of the house. We had a 30-foot deck overlooking the river and that would certainly get people excited.”

Days before the lockdown, Campbell and Schramm sold their home (to a notable New Orleans restaurateur) and moved to a new place on the West Bank.

“We found this house on seven acres that has a nine-car garage listed by Sotheby’s as an ‘estate,’” he said. “Both owners were exotic sports car collectors and had fancy expensive cars. We basically bought the place because we were going to move all the books into this warehouse. Then I sell this company and now I’ve got a nine-car garage. It’s done, though. I guess I’m going to have to get some old VW bugs to fix.”

As for the schmoozing possibilities?

“We won’t be able to give the same tours at the new house,” said Campbell. “But maybe I’ll put a ping pong table in there or something you know?”