In 2016, New Orleans had 5,569,705 total enplanements, 15 percent higher than pre-Katrina levels (2004), indicating not just a return of flights lost post-Katrina, but also an influx of new flights to the region, data shows.

New Orleans International Airport now has 56 nonstop flights, including six international flights, for a total of about 150 flights daily.

British Airways has recently added a fifth day to its nonstop 787 Dreamliner service to Heathrow, and the new terminal, scheduled to open in 2019, has added gates to accommodate expected future growth.

The FAA’s Top Mid and Large Airports for 2006-2016 Growth in Enplanements: 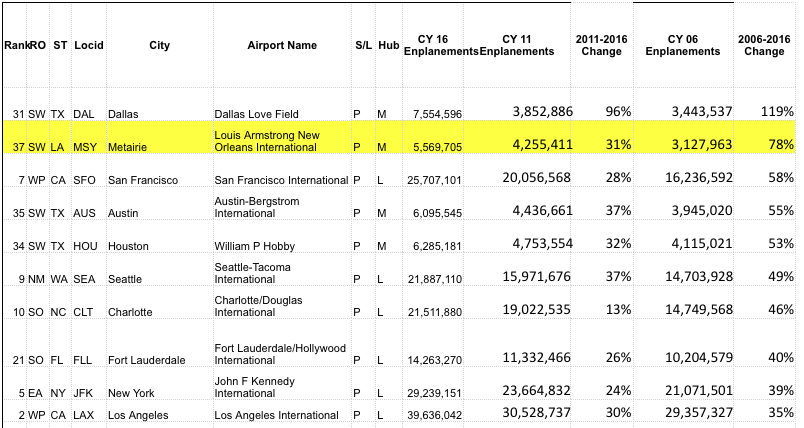 3 Steps to Lower the Cost of Your Debt

Coalition Says Risk Rating 2.0 'Has Got to Change'