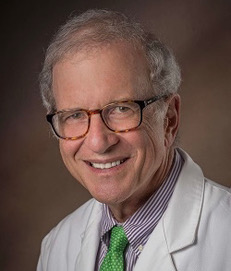 “I think the most satisfying emotions while being a doctor come while spending time and interacting with patients as people. You must listen and communicate and then try to meet their needs,” said Leader in a press release. “I look forward to continuing these relationships and making new ones as I join EyeCare Associates and its great team of doctors.”

Leader has written several journal articles and co-edited a book on glaucoma and diseases of the optic nerve, in addition to speaking at numerous medical meetings in the United States, Spain, Greece, Israel, Norway, Korea and Hong Kong. He graduated with academic distinction and several honors from the University of Virginia, then continued his medical studies at Tulane University where he received his medical degree.

“We are extremely excited about Dr. Leader joining our team of highly specialized ophthalmic physicians at EyeCare Associates,” said Tom Spiers, regional director of operations for EyeSouth Partners’ Louisiana affiliates. “His reputation for being one of the most experienced eyecare providers in the region, along with his commitment and dedication to his patients in delivering the highest quality of vision care, provides the perfect fit for our practice.”