NEW ORLEANS – Since its 2009 debut, Second Line Stages in the Lower Garden District has hosted roughly 100 major film and television productions, starting with the Ryan Reynolds superhero movie Green Lantern. Most recently, the roughly 200,000-square-foot facility was home to a big-budget space film starring Adam Driver. Jamie Foxx, Brad Pitt, Quentin Tarantino are among the Hollywood royalty who have worked there.

On this week’s Biz Talks podcast, Second Line vice president Trey Burvant talks about the history of the studio and the city’s booming film industry. Here are highlights from the conversation: 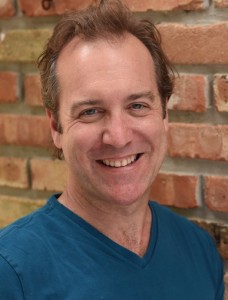 What was the inspiration behind Second Line Stages?

There were a lot of big Taj Mahal pitches about building these big film studios. You know: “Let’s go and build a studio the size of Warner Brothers in New Orleans or Baton Rouge.” And our approach was, this is a burgeoning market, so let’s build to meet the industry as it is now. We’ll build out enough to handle a feature film or a television show and if we are successful, we can grow in the future. … But boutique doesn’t mean that it was small in scale with regards to the technology. A film or production needs to have an isolated, quiet, controlled space where they can build any type of set, whether it’s a spaceship, a jail or a courthouse. We deliver air conditioning, power, sound isolation and that allows them to make their movie or their television project.

I can’t believe it’s been a decade since Ryan Reynolds was spotted all over town while making Green Lantern.

That’s something about the stars that come down to New Orleans. They love coming here because they’re left alone, right? We’ve got so much going on in our streets to begin with that we don’t have the time to pay attention to the A-list movie star walking their dog in Audubon Park. The paparazzi are less present here and they can disappear for a while.

Besides sound stages, what does Second Line provide?

If I were to give a tour, I would show the offices and warehouse space where they make their sets, and a wardrobe room and breakout space where they can do catering or store props. We provide all of the infrastructure for them to come in and make their movie. If you think about it, every film or season of a television show is its own business. If you have an idea for a film, you write the script, which is the product, you sell it, you get it financed, then you have to build the infrastructure to manufacture that product. And then at the end of it, you have to shut down the factory.

It’s almost like a circus, which comes into town, sets up the big tent for a while and then moves on.

Yes, with one critical distinction. The circus brings in all its employees but when a film comes to town, the majority of the workers that are hired on the film set are about 80 percent Louisiana and New Orleans residents. And so it is a huge employer of some very high-paying jobs. The average salary of a worker on the set – not a famous movie star or a high-paid director – is about $66,000 a year plus pension and health care. And when people are making money, they go out and they spend money in the economy. Heck, even the lieutenant governor has done his own study and said there’s close to a billion annual tourism dollars that can be attributed to the industry as well.

So that’s obviously hugely important to the city and the state. And that was all impacted by the events of the last year and a half.

COVID wiped everything out, including our industry, but what we did then was figure out how we could get back to work. We’re different from most industries because we can create our own environment. So we worked tirelessly … to figure out what was the safest way we could come back, and we created some of the most robust health and safety protocols outside of healthcare. … Because if you’re in the middle of filming a movie, and your lead actor gets sick and can’t show up to set, you have to go down. That’s a lot of money that’s being burned, because you have so many people that are dependent on that.

How is the local industry looking now?

COVID created a lot of demand for content … and now there’s a huge tidal wave of work coming to be made because they’ve got to fill those gaps. … It’s going to be one of the best times for this industry in the state and in New Orleans. … My phone is ringing off the hook. There are so many shows being greenlit right now. And there’s actually not enough soundstage space in the world to accommodate all of the production that is trying to go to camera.