Escape from the Ordinary

You and six of your friends or family enter a small room. There are no windows, and all around you are old, strange items sprawling from floor to ceiling. The door shuts. The timer starts. You now have exactly one hour to work together to solve a series of puzzles in order to unlock the door.

If this sounds like fun to you, you are certainly not alone. The escape room concept, first made popular in Japan in 2007, spread to the U.S. in 2012 and has been gaining popularity ever since.

“In Budapest there’s around 160 of them, I think,” says 30-year-old Abita Springs native Andrew Preble. “In Toronto I think there’s maybe close to 80.”

About a year and a half ago, Preble read about escape rooms in a New York Times article that talked about how the rooms were inspired by Japanese video games with a similar concept.

“I had played some of these games, like ‘The Room,’ and I was intrigued by the idea of creating a physical version that you could play with different people at the same time,” he says.

After visiting a collection of rooms, Preble says he was convinced it was something he could do. One year later, in June of this year, he opened “Escape My Room,” an experience that he says takes a New Orleans spin on the concept. Since his room opened on an vacant floor of the U.S. Postal Service building on Loyola Avenue, Preble’s business has drawn a steady stream of about 1,000 customers a month — each paying $28 to be locked away.

Now, less than six months in business, Preble is already planning an expansion to a larger location near the intersection of Tchoupitoulas and Girod streets. Expansion is critical since once patrons experience his room, they aren’t allowed to return.

“Obviously we want to have return customers, so the goal is to eventually have five or six rooms operating at the same time,” Preble says. “And to constantly be switching them out for new ones, maybe every two or four months.”

Preble is a unique man from a unique family. His father, artist John Preble, is the owner of the Abita Mystery House, a collection of oddities billed as “Louisiana’s most eccentric attraction.”

This same fascination with the oddly fantastic is on display at Escape My Room, with everything from Franken-animals to real antiques blending together to create a creepy, possessed, old French Quarter mansion feel.

“I’m lucky because with my family and the people I know knew I’d be able to build the props I wanted cheaply,” Preble says. “It’s always been about telling a story, though. I had been to other escape rooms, and it seemed that either the puzzles were good but there was no real story to tie them together, or there was a good story, but the puzzles were bad and the room just looked bad.” 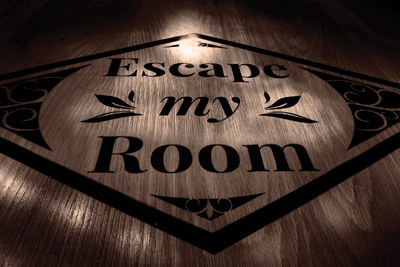 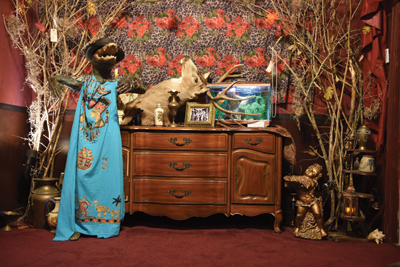 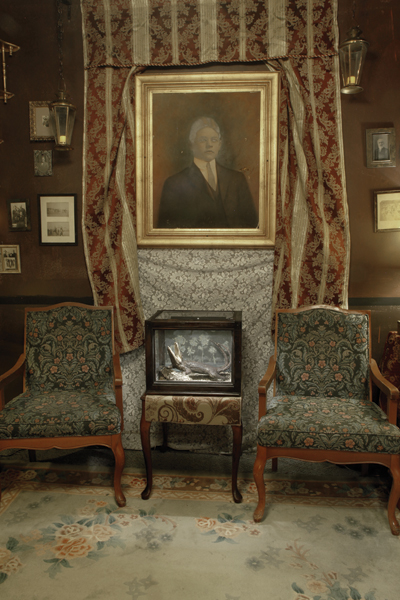 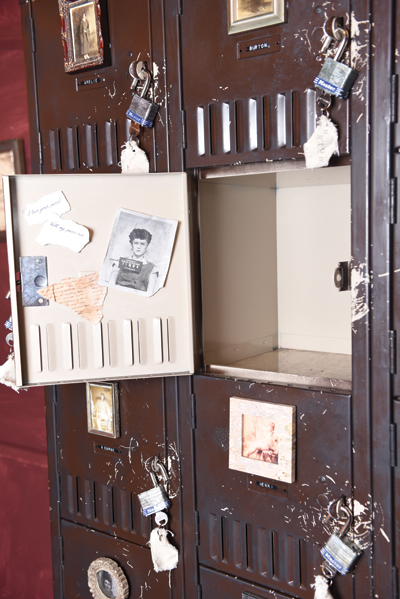 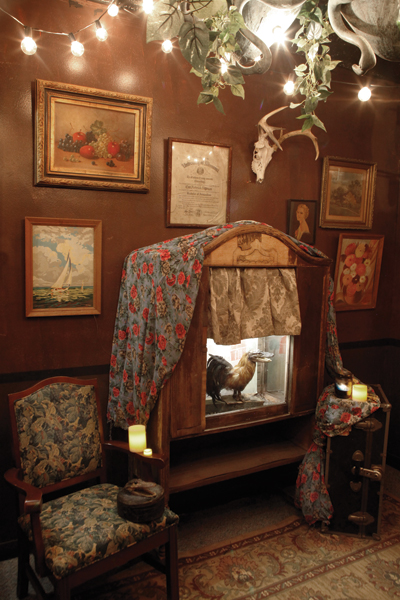 "While the room itself is kept secret, the entry parlor provides a hint at the strange and amazing artifacts and creations visitors will encounter inside.

Determined to give his escape room a true New Orleans feel, Preble began by creating the story.

“It’s all about a family called the DeLaportes, whom I created with inspiration from real New Orleans families and events,” Preble explains. The current escape room starts the story with the idea that the reclusive Odette DeLaporte, the last remaining heir to the DeLaporte fortune, has requested the visitors’ help to find a missing treasure. To do so, participants must find and then solve a series of clues hidden around the room within various artifacts, both real and created.

“It took me about six months to figure out the whole thing,” Preble says. “How one clue would lead to the next by way of telling real New Orleans stories. It’s all about families, because that’s so much a part of our culture here.”

Bringing it to Life

“Not long after I had the idea, I started looking for space,” Preble says. “It was challenging because this is not your typical retail venture. I wanted something old, that was centrally located and definitely had room for expansion.”

The post office building on Loyola, between Girod and Julia streets, fit the bill, and the mostly empty building came with the perk of cheap rent.

Preble says he underestimated how long it would take to ink the deal. “We started with sending the proposal in July of last year and didn’t sign the lease until November.” Build out took about three months.

“We brought in everyone — friends, family, random strangers — and had them play the game and then made adjustments as needed,” he says. “We did that for about a month. Initially I made it too hard, so that had to be fixed. There are literally a million moving parts that come together, and so I’m still in there making tweaks sometimes.”

With a new group of up to seven players entering the room every hour and a half, Preble had the added challenge of creating a totally immersive experience that could easily be reset for the next group in about 5 minutes. “It has to be durable. If you call for someone to rip up a paper, you know you’re going to have to go in and clean all of that up afterwards and then keep providing more papers.” 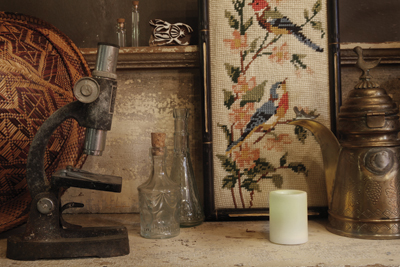 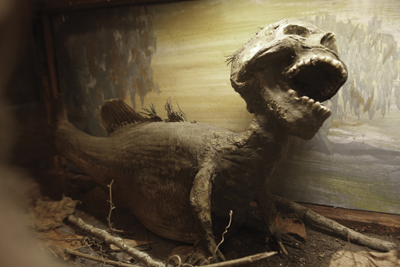 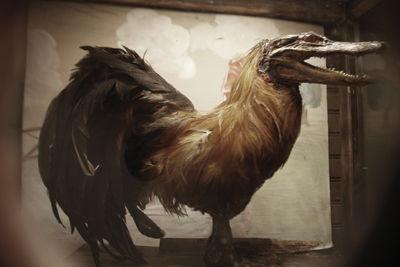 The result of Preble’s efforts and tweaks is a puzzle that’s difficult, but not impossible.

“I’d say about 30 percent of the groups solve it,” he says. “And I think that’s pretty good. The important thing is always that everyone had fun.” To ensure they do, the room features hidden cameras and microphones so that the attendant on duty can monitor the experience. If a group seems to be getting too frustrated or stuck on something, the attendant will relay a helpful bit of advice from Mrs. DeLaporte to get them back on track.

“In the daytime we get a lot of corporate team-building groups,” Preble says. “In the evenings and on weekends, it’s a mix of locals and tourists. We get a lot of families and some birthday parties.”

Preble’s staff consists of about five part-time attendants who are paid hourly and an assistant curator who he says is “pretty much full-time.”

By its nature, Escape My Room appeals to younger consumers looking for a new form of diversion. So it makes sense that Preble relies heavily on social media.

Whenever a group is finished, the attendant on duty takes a picture of them holding either a giant “We Escaped!” or “So Close!” sign. “That pic goes on our Facebook page, and we invite everyone to like us and share the pic on their pages as well,” Preble says. “We also ask people to write about us on TripAdvisor to help draw the tourists.”

There are some inherent challenges with the escape room concept. In addition to the return business aspect, there is the fact that while limiting the size of the participating group is necessary to ensure there aren’t “too many cooks in the kitchen” and everyone feels like they are participating, it also limits the amount of hourly income the business takes in. 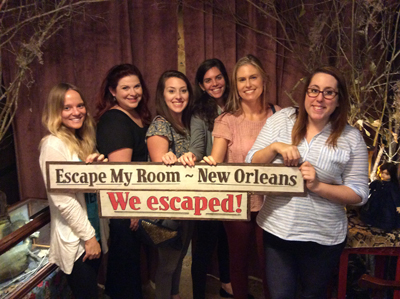 Capitalizing on the power of social media, a photo is taken of every group that attempts the room, holding a sign that says either “We escaped!” or “So close!” depending on whether the group made it out before the hour was up. Attendees are encouraged to like the company’s page and share their photo with others.

“The answer to that is obviously to have multiple rooms going at one time,” Preble says. “Maybe even have two of the same room operating at once.” Expansion and constant reinvention is key, he says, to the business’s future success.

“That’s why I’m so excited about this move. We’re hoping to be in and opening up our second escape room, the Jazz Parlor, sometime in December and just grow from there.”

Escape My Room is not the only escape room game in town. Clue Carré (a play on Vieux Carré), located in the Central Business District, has five operating escape rooms, and the Mystere Epic New Orleans Escape Room experience opened in November at the Mortuary Haunted Mansion.

Mystere invites up to 12 participants at a time to partake in one of five escape rooms.

“I’m a big believer that the more quality escape rooms in this city, the better it is for everyone,” Preble says. “There’s a huge market for this, and once someone has tried one, they’re bound to go looking for others. That’s good for us all.”