After 100 years, the international firm is still committed to the region 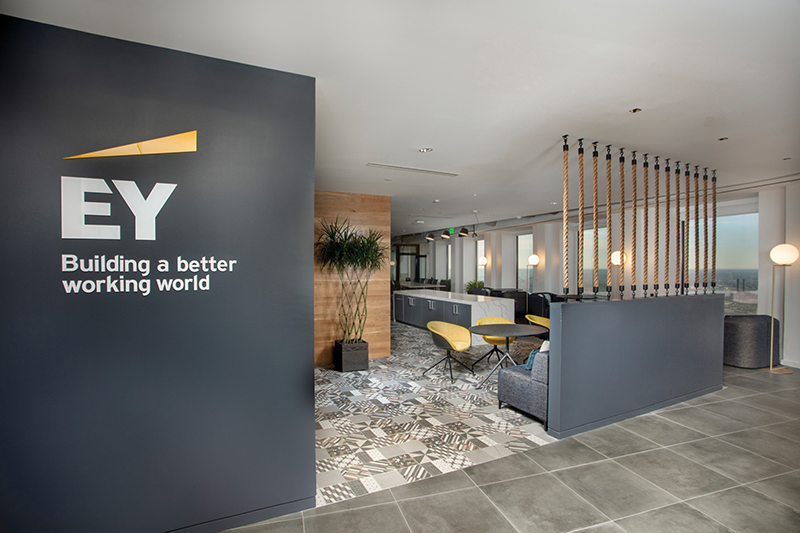 Back in May 2019, when Ernst & Young LLP (EY) announced the opening of an executive support center within its revamped New Orleans office, excitement rippled through the local business scene — and City Hall.

“I’m proud to see a global powerhouse like EY investing in New Orleans,” New Orleans mayor LaToya Cantrell said in a statement at the time. “They are standing with the people of New Orleans by creating jobs and deepening their commitment to the city.”

Quentin Messer, the president and CEO of the New Orleans Business Alliance, described EY’s investment as a “vote of confidence in the city — specifically, our highly educated workforce and our 10 local universities and colleges.”

EY is an international leader in assurance, tax, transaction and advisory services. Its New Orleans-based support center, which is part of the EY’s growing National Executive Assistance Team (NEAT), assists EY executives across the country.

Nearly 150 jobs focused on executive administrative support have been created in the city as a result, but EY plans to hire an additional 25 employees to assist the firm’s risk services function — all while helping the local community through acts of philanthropy.

EY has more than 700 office locations in over 150 countries. They employ more than 260,000 people and boast 1 million alumni.

Although EY’s NEAT center is a novel addition to the Crescent City, the firm actually established its practice in New Orleans nearly 100 years ago.

“New Orleans was selected back in 1920 because it was a large and vibrant city in the south, and it continues to be today,” says Brian Rotolo, Louisiana managing partner for Ernst & Young LLP.

EY currently employs more than 300 people in New Orleans and holds a “great market position” in the city, says Rotolo. But a number of factors contributed to EY’s decision to intensify its investment in the city — by first remodeling their office on 701 Poydras Street, and then opening the NEAT center.

“As our executives that oversee the NEAT center have visited New Orleans, they quickly recognized that there was an exceptionally deep pool of qualified and diverse talent,” Rotolo says. “They also got a sense for our strong culture, sense of community, and local economic conditions. All of those things combined made New Orleans a great choice to open the NEAT center.”

Aside from impacting the New Orleans economy, EY is bolstering the wellbeing of local residents.

“EY is very focused on giving back to the communities in which we live and work,” says Rotolo, noting how employees volunteer for such nonprofits as Boys Hope Girls Hope of New Orleans, Junior Achievement of Greater New Orleans, the Fore!Kids Foundation and the Catholic Charities Archdiocese of New Orleans.

Through EY’s College MAP (Mentoring for Access and Persistence) program, employees guide high school juniors and seniors as they contemplate the next step of their education. They help students finish the complex college application process, find financing alternatives, and offer scholarships funded by the firm.

The New Orleans EY office also participates in the United Way of Southeast Louisiana’s annual fundraiser. They contributed nearly $80,000 to the organization’s most recent campaign.

On EY Connect Day, a nationwide initiative, the firm’s offices are closed so that employees can participate in various community service projects — whether it be refurbishing a school or building playground equipment.

Rotolo believes the firm’s presence within southeast Louisiana will create a positive, lasting impact on both the local community and EY employees.

“We want to grow by providing our professional services to regional businesses and industries of a wide variety of sizes, ranging from startup companies to well-established multinational corporations,” says Rotolo. “In addition, we want to provide our team with an outstanding work experience — one that provides them with a strong foundation for future career success, wherever that success may lead them.”

Watching EY flourish in the city is especially meaningful for Rotolo, since he’s a native New Orleanian.

“It feels great,” he says. “I’ve been with the firm for almost 30 years, and to see the way EY cares for its people, provides great service to its clients, and has a strong belief in giving back to the local community, makes me very proud to be affiliated with this organization.” 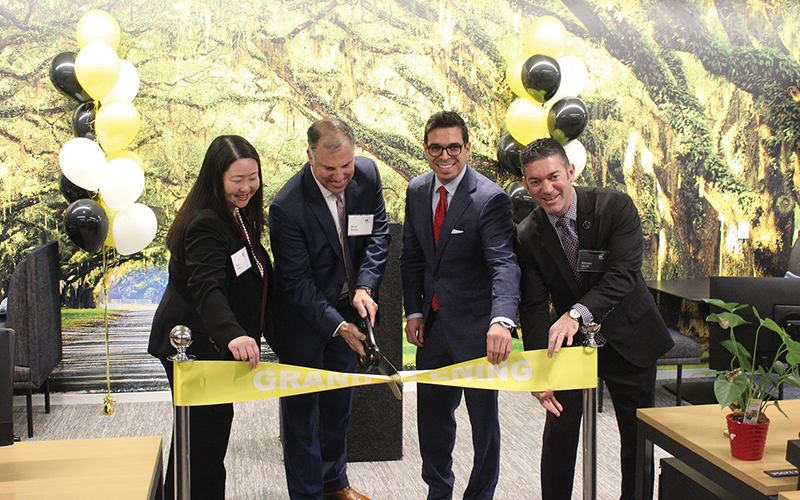 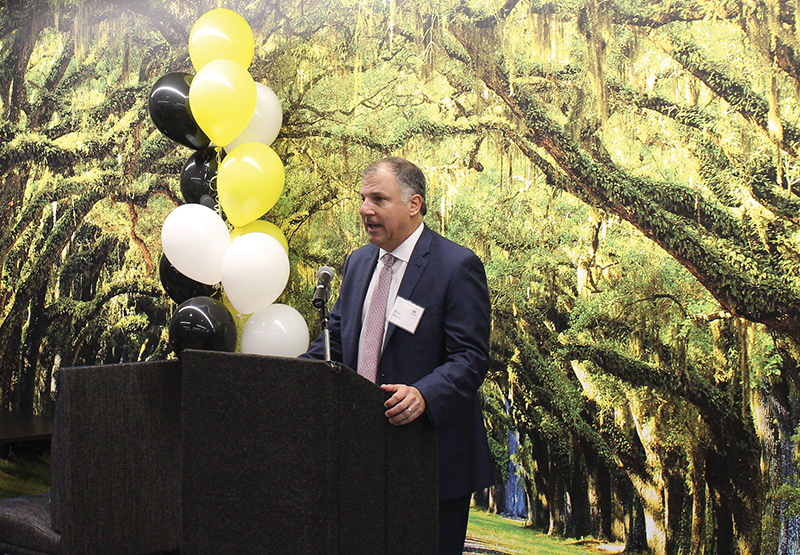 Brian Rotolo speaks to guests about the EY office expansion. 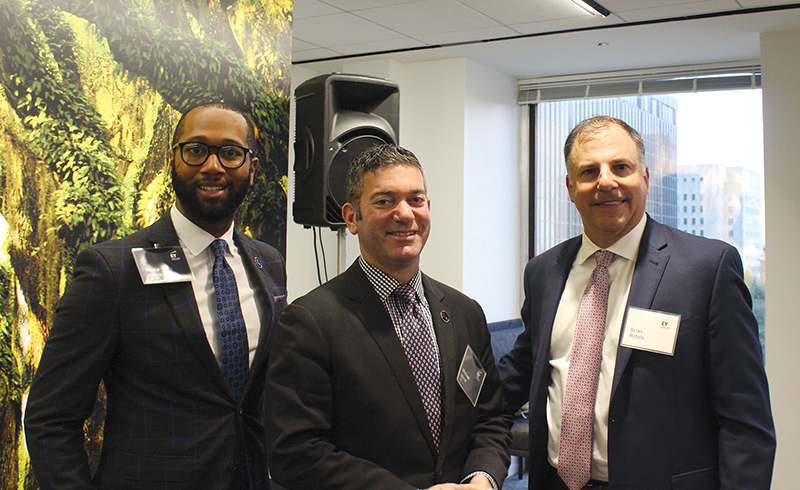