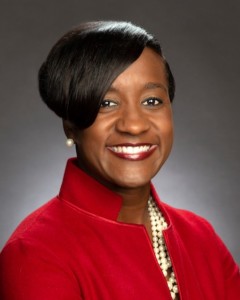 BATON ROUGE – Erin Monroe Wesley has joined Cox as the Southeast Vice President of Government and Public Affairs, overseeing governmental and public affairs efforts in Louisiana, Florida and Georgia. She will be based in Baton Rouge, LA. Prior to joining Cox, Monroe Wesley served as Special Counsel for Louisiana Governor John Bel Edwards.

Monroe Wesley has been recognized as a Top Forty Under 40 leader (2015), Baton Rouge Area Volunteer Activist (2015), Woman of Distinction (2014), Influential Woman in Business (2012) and Most Powerful and Influential Woman by the National Diversity Council (2011).

“Cox is proud to welcome Erin Monroe Wesley to its Government and Public Affairs team,” says Anthony Pope, senior vice president and region manager for Cox Southeast. “Cox is committed to the communities it serves, from charitable contributions and sponsorships to improving infrastructure. Erin is the perfect person to lead our team into the future.”

A Shreveport, LA native, Erin received her undergraduate degree from LSU. She also holds a Juris Doctorate from the Southern University Law Center from which she was recognized as a Distinguished Alumni in 2013.