On today’s episode, we talk to University of Holy Cross President Dr. Stanton McNeely. Under his leadership, the Algiers-based school’s rankings are on the rise and several new programs are attracting attention. Next semester, for instance, UHC will match TOPS scholarship awards for qualified students and is providing a one-time $1,500 housing scholarship for students who sign a contract to live on campus in UHC’s new residence hall. Later this week, the school will host a winter festival complete with ice skating rink. 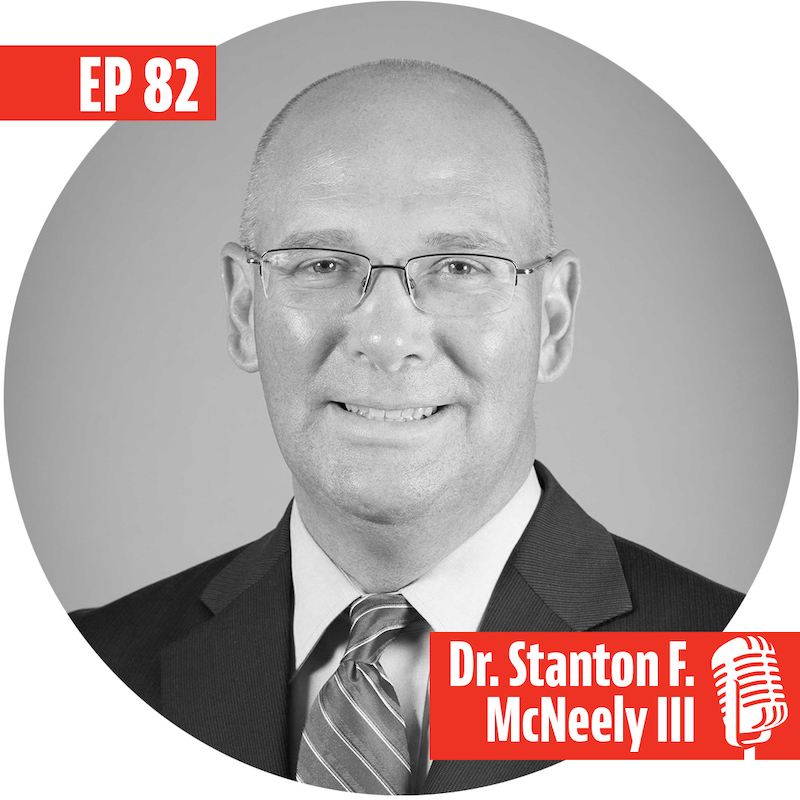 Dr. Stanton F. McNeely III, an undergraduate of the University of Holy Cross, is the 19th president in UHC’s 105-year history, inaugurated in December 2019.

Prior to his appointment as UHC president, McNeely led the Louisiana Association of Independent Colleges and Universities, and served numerous positions at UHC, including vice president of institutional advancement, director of admissions, director of student affairs, and assistant to the Dean of Sciences.

McNeely was also a business professor at the University of Holy Cross in the 2000s.

After graduating from UHC, the 47-year-old New Orleans native and 1991 graduate of Jesuit High School earned an MBA from Loyola University and a doctorate in education from Northcentral University.

Episode 85: Kim Singletary on the Top 10 Stories of the Year

Episode 83: Back on Track? Railroad Merger May Hasten Return of Passenger Service Between New Orleans and Baton Rouge