Entergy Faces $150K Fine for Violations at Its Nuclear Plant 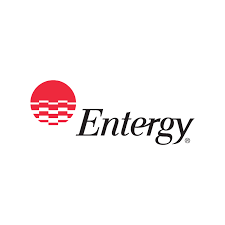 NEW ORLEANS (AP) — A federal agency is proposing a $150,000 fine against Entergy Operations Inc. for three violations at its nuclear power plant in Louisiana.

The Nuclear Regulatory Commission announced the fine Friday regarding Entergy’s River Bend Nuclear facility near St. Francisville. The agency found there was an exam proctor falsifying a test and submitting it, an operator failed to properly complete safety checks at the plant’s control building and a senior reactor operator gave an unauthorized employee an access key to a room with cybersecurity-related equipment inside.

The alleged violations occurred between 2018 and 2020, the commission’s report said.

Entergy has 60 days to dispute the fine or request a mediator to resolve the violations. It didn’t say whether it will do so.

“Entergy has high standards and has established multiple layers of oversight to prevent and detect lapses of integrity,” Mike Bowling, spokesperson for Entergy’s nuclear operations, told The Advocate.

Entergy had reported the issues to the NRC which then investigated. Entergy said in its response that it took “extensive corrective actions” to prevent recurrence.