Don’t let it be an afterthought.

Several factors are widely accepted as critical to the success of IT projects and to the overall effectiveness of an IT organization. They include ensuring that IT is aligned with well-defined and understood business objectives, that executive management supports the IT department’s efforts, and that the IT organization possesses the requisite expertise and experience to do the job.

Like most reasonable people, I acknowledge that these qualities are necessary, but I would argue that they’re usually not sufficient for success.
A frequently underappreciated contributor to a well-run IT operation is the ability to communicate with and train end users effectively. Its absence too often leads to a disconnect between the way the computer guys intended a system to be used and the way that people actually use it.

Given that one of the common reasons that computer guys became computer guys in the first place is that they are more comfortable working with machines, configuring software or writing code than interacting with people, this problem is not all that surprising.

Exacerbating the inherent disinclination of the technical experts to engage with end users is the underestimation by everyone, including business managers, of the effort it takes to train users on a new system or application effectively. Simply distributing a user guide or holding a single group training session, no matter how well conceived, usually doesn’t get the job done. If this sounds like your business’s approach, it’s time to make training a priority.

Start by budgeting accordingly. Allocating 10 percent of a given project’s budget to training is a good guideline. Frequently, you’ll find that incorporating training as a substantial and integral phase in a project rather than an afterthought leads to a better overall solution, as the act of developing a real training plan and materials forces the designers to focus more clearly on the end users’ perspectives and needs.

Next, know the audience and commit to offering as many different types of training as they require. As my fourth-grader recently learned in school, different people have different preferred learning styles, even more so when some of those people are executives or lawyers or doctors (or tech columnists) who are too busy to attend formal training sessions.

If history has shown that half of the company won’t show up for a group training class, then make sure to plan for one-on-one sessions. Some people like to understand all the details and will consume an in-depth manual. Others will never attempt to read more than a page. Many people will find time to learn during business hours. Others are better served by recorded videos that they can watch at night.

You don’t need to create every possible type of training imaginable, but you do need to offer something that people will attend, or read, or watch and actually learn from.

As a final thought, another way to address the disconnect between intended and actual uses of IT systems and applications is to choose simple, straightforward solutions. This may mean that you sacrifice some features or functionality, but an 80 percent solution used correctly is far better than a 100 percent solution used incorrectly.

The Benefits of Video Training

No matter what you decide to develop for initial training, you’ll need something as a reference for those who couldn’t attend, for those who need a refresher and for future employees. Recorded training videos are a great approach.

Break the content into manageable chunks — no one wants to watch an hour, or even 30-minute video these days — and use a tool like Jing from Techsmith (techsmith.com/jing). It’s easy and efficient. 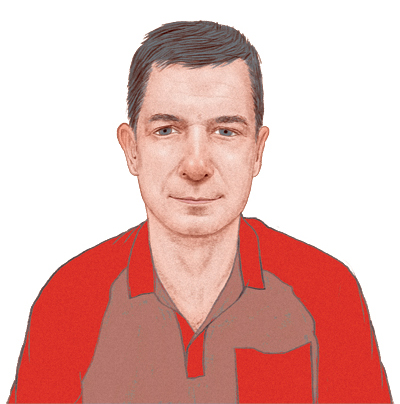