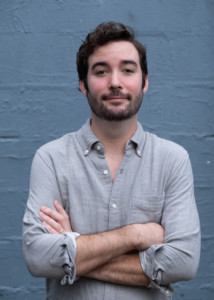 NEW ORLEANS – Starting this month, chef Shannon Bingham brings his Central Texas-style barbecue and locally sourced, seasonal sides to Emmylou’s at the St. Rock Market. Bingham served as the pitmaster and chef de cuisine at Blue Oak BBQ for four years. He helped the restaurant earn numerous awards and accolades (three top five finishes at Hogs for the Cause and top honors in 2017). Before his tenure at Blue Oak, Shannon apprenticed at some of the best barbecue restaurants in Austin, Houston and Dallas and worked under acclaimed chefs Sue Zemanick and Donald Link.

Named after Bingham’s grandmother, Emmylou’s will serve beef cheeks, ribs, and pulled pork all smoked on the premises as well as classic barbecue sides including potato salad and coleslaw. There will also be locally sourced, seasonal offerings and a rotating selection of pickles, sauces, smoked charcuterie and desserts all made on-site at the market.