Emily Degan explains her style in simple terms: “I like to look put together but not like I’m trying too hard.” Now she is trying hard to make Saint Hugh, her new line of outdoor wear for women, a success with its big initial launch in a few weeks.

The daughter of Nancy and Sidney Degan, both successful local attorneys, Emily and Alison, her sister, grew up duck hunting with their dad.

“I learned to love the sport,” Emily says. “I noticed from a young age that there was a fashion gender disparity among hunters for suitable clothing for women.” It was a natural progression for her to begin thinking about creating suitable hunting clothes for women. “I always enjoyed following fashion, so creating women’s hunting and outdoor leisure apparel was an idea I had for a long time." She named the line for Saint Hubert, an advocate of humane hunting who developed a set of principles for humane hunters such as only shoot when a clean and quick kill is assumed.”

A New Orleans native who attended the Academy of Sacred Heart, St. Paul’s Episcopal School, and graduated from Benjamin Franklin High School, Emily attended the University of Notre Dame where she received a bachelor’s degree with a double major in accounting and German. After completing her studies at Notre Dame and acquiring her certified public accountant (CPA) designation, Emily worked in Chicago as a consultant for the national firm of Deloitte Touche Tohmatsu Limited, a multinational professional service network commonly referred to as Deloitte.

“In my career path, I realized that if I wanted to make my dream of starting Saint Hugh a reality, I needed to come home and take a leap into entrepreneurship and make it happen.”

Emily is chief executive officer (CEO) of Saint Hugh and her first line of garments for female waterfowl hunters will include a shooter’s jacket, shooter’s vest, pro pullover, pointer’s pants and trapper’s tights. In addition, the line will have branded long and short sleeve t-shirts and a tank top. It will be marketed on her website: www.TheWomenWhoHunt.com. In addition to the website, she plans to have a series of pop-up shops. “Right now I am the only employee, so I do everything – design, source, market and everything in-between,” she says with a smile.

One of the interesting aspects of Emily’s new clothing is that she created her own marsh print. “I designed my own marsh print fabric after extensively researching the marsh terrain,” she says. “I studied the changing colors to create the herringbone style print, which effectively camouflages its wearer in an attractive manner. I am proud that Saint Hugh supports American manufacturing with all of our products designed and assembled in the United States.” 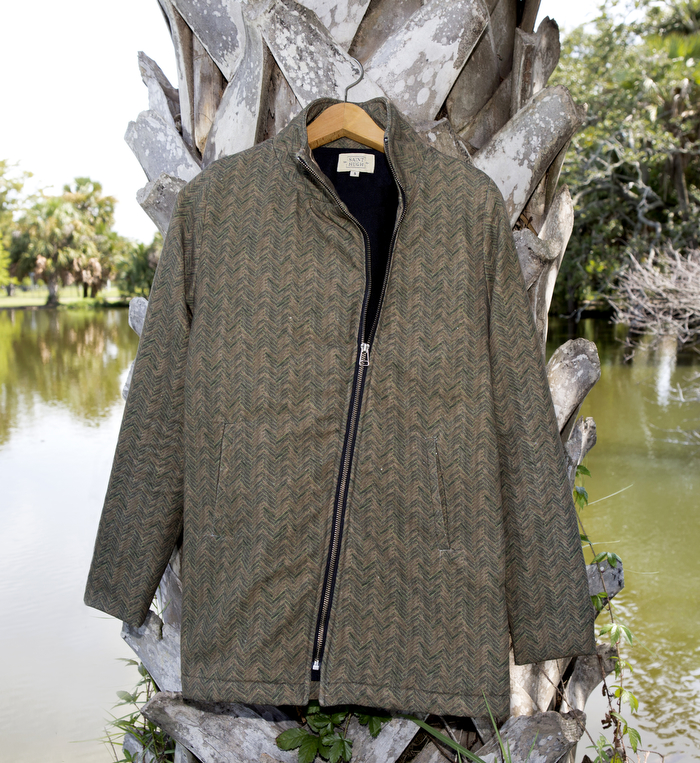 When Emily isn’t wearing boots into the marsh, you will probably see her in a pair of bright purple flats. “I try to be playful with just one aspect of my appearance – so why not a pair of purple shoes? My work fashion usually includes an easy tee with a structured skirt, or jeans and a blazer.” Then she brushes her red hair away from her face and adds, “Of course, I’ll be wearing my Saint Hugh fashions whenever possible.” And keep an eye out for her purple shoes. “I like to focus on one article of intrigue so I can assert my style while keeping everything else uncomplicated.”

Louisiana Giving Away $2.3M in Prizes to Encourage Vaccines