Jeff Duncan turns in 3,669th, last byline for The Times-Picayune/NOLA.com 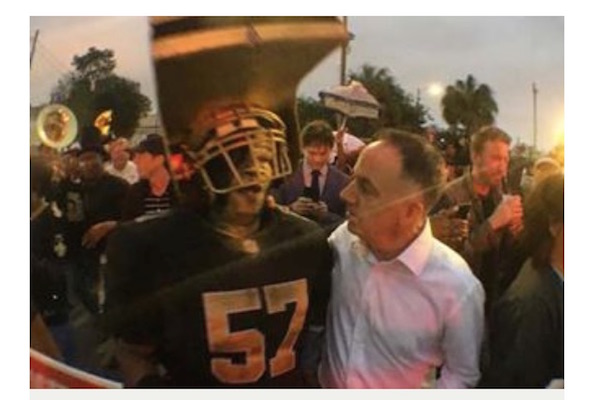 Some blog posts are easier to write than others. This is one that is a bit more difficult.

Since the May 2 announcement that The Advocate won the city’s six-year newspaper war when it bought its 182-year-old rival, The Times-Picayune/Nola.com, New Orleanians knew the acquisition and needless duplication of job titles would cost several, familiar and respected journalists to lose their positions. That was cemented when details of the buyout included the sale of the T-P’s brand, web site, archives, and subscriber list, but not the employees. Nearly daily, writers have announced new gigs. A few managed to catch on with The Advocate, some have managed to find jobs in New Orleans, but many have followed opportunity out of state.

It seemed like many of the more recognizable sections, columnists and reporters on the T-P’s roster would have been seen as strong assets for their new bosses. Surprisingly, the food writers were let go. So to was columnist Jarvis DeBerry, who many found polarizing but wouldn’t miss his opinions or the chance to comment on them. Shockingly, the purge even made it to the Sports pages.

This morning, Jeff Duncan wrote his last column for The Times Picayune.

I can’t believe I just wrote that.

For the past 20 years, Duncan has been a ubiquitous presence on sidelines and in the locker rooms of the city’s biggest teams and sporting events. By his count, today’s report was his 3,669th byline for The Times-Picayune/Nola.com.

While we are technically competitors, New Orleans sports writers share a friendly, collegial bond. “Dunc,” as he was affectionately known, was admired by all. He was a dogged reporter and offered keen insight as a columnist. He covered the highs of the Saints Super Bowl victory in 2009 and, pulled off the sports desk to cover breaking news, the lows of the city’s recovery from Hurricane Katrina.

Sure, there were times when he missed the mark – but those were few and far in between. And he wasn’t always kind to those he covered – but that wasn’t his job. Much like an umpire, Dunc had to call things like he saw them. The vast majority of the time, he was right.

Over the last decade, the media landscape has moved forward like no time previously. As local newspapers have seen reduced readership, local sports journalism kept an audience and, more importantly, advertising revenue flowing.

I have no doubt that the Advocate will provide great sports coverage. But I can’t help but feel that fans of New Orleans sports will not be as well served without Duncan’s byline at the top of the page.

Unlike other reporters who have been let go, Duncan has not announced plans for his future. A one newspaper town, once again, I don’t know how often we’ll get to see his work if he stays in New Orleans. Maybe The Advocate will second guess their decision not to bring him onboard. Maybe he’ll dip his toe into broadcast journalism and end up in front of a camera. Maybe he’ll end up in another city covering other teams for another newspaper.

I don’t know if he knows.

But I do know that New Orleans sports fans will not be better served without Duncan’s input. Any media organization would be wise to sign him. Hopefully he’s back on the field by the start of football season.