During the 2-day conference DSC Dredge Director of International Sales Charles Sinunu participated in 2 panels, “Getting Started in Africa – What You’ll Need to Know,” and “Mitigating Business Risk in Africa.”

Sinunu talked about the challenges of entering the African market including corruption, regulation, bureaucracy and lack of infrastructure and local resources.

The company was nominated for the award by Brittany Banta, the commercial officer for the New Orleans U.S. Export Assistance Center. 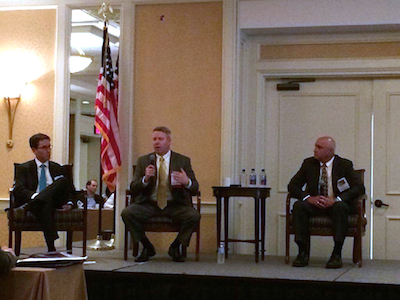