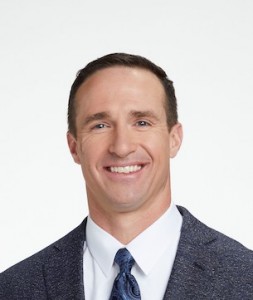 NEW ORLEANS — Former champion NFL quarterback and future first ballot hall of famer Drew Brees, now a studio analyst for NBC Sports and prolific businessman and investor, will share his insights about leadership and success in the next episode of 21st Century Business Forum, a free online broadcast.

During his athletic career, Brees amassed an unprecedented collection of records, milestones and accolades — both on and off the field — during a 20-year NFL career as quarterback with the New Orleans Saints and San Diego Chargers. He led the Saints to victory in Super Bowl XLIV and was named the game’s MVP.

Today, he’s a successful entrepreneur: He’s co-owner of Surge Adventure Parks with 15 locations. He’s also made franchise investments in Dunkin’, Jimmy John’s, Walk Ons Bistreaux & Bar, Happy’s Irish Pub and Stretch Zone, among others. He also serves on the boards of b1BANK and the equity firm Franworth, and is a global brand ambassador for PointsBet.

The Brees Dream Foundation has contributed more than $45 million to help improve the quality of life for cancer patients and provide care, education and opportunities for children and families in need. In 2006, Brees won the Walter Payton NFL Man of the Year Award, one of the league’s highest honors that recognizes a player for his excellence on and off the field.

The 21st Century Business Forum debuted in 2021, featuring a lineup of executives, experts, and global thought leaders sharing ideas and insights. It airs on the second Wednesday of each month.