Drew Brees Explains How to Build Inner Strength and Toughness 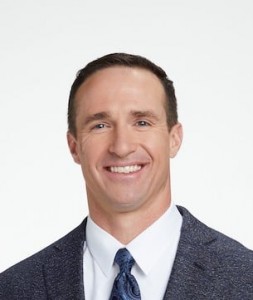 NEW ORLEANS — Retired NFL quarterback Drew Brees says he always has been a positive person, so much so that his New Orleans Saints teammates used to call him “annoyingly optimistic.” Perhaps that’s why the 2010 Super Bowl champion turned broadcaster and businessman sees adversity as a way for leaders to build their inner strength and mental toughness rather than as something to fear.

Brees shared his thoughts on teamwork in football and in business in the January 2022 episode of the 21st Century Business Forum, a webcast that features monthly one-on-one interviews with some of the nation’s most prominent business minds and thought leaders.

Brees said toughness of the mental variety is the second of three skills it takes to be a great quarterback and a great CEO, too. The first skill “very simply put is the ability to motivate and inspire” others, he said.

“By motivating and inspiring, you are bringing out the best in those around you,” Brees said.

Styles can vary, Brees said, but the most important thing a leader can do “is showing people how much you care” about them. In his case, Brees said, it is letting people know each day “the gratitude I have for them in the role that they play within the team framework.”

The third skill of a great team leader, he said, is displaying character and accountability.

When the world is going well, the leader should deflect the credit to the team and its members, the future Hall of Famer said.

When those around you see you take on that accountability, “it takes pressure off them and makes them want to work harder to achieve the ultimate goal, with you and for you,” he said.

Though the 42-year-old Brees retired from football only last year, he already had his hands involved in the business world as co-owner of the 15-location Surge Adventure Parks and through franchise investments in the Dunkin’, Jimmy John’s and Walk-On’s Sports Bistreaux chains.

Brees said he uses three criteria to determine where to invest his time, energy and money.

The first is authenticity.

The second is fellowship and relationships.

The third is curiosity, which Brees defines as learning more about a particular opportunity and “whether I can add value to help the business grow.”