I’ll Take One in Every Color

Dr. Brobson Lutz strides into the venerable Galatoire’s Restaurant on Bourbon Street like it’s his private club. He greets friends, acknowledges waiters and takes a seat at a table like a sultan settling in for a palace feast. And why not? Brobson has had a love affair with Galatoire’s since he first came to New Orleans from Athens, Ala., on the sleek Humming Bird train that boasted lightweight stainless steel cars and operated from Cincinnati to New Orleans.

The year was 1965 and little did he know as he weathered Hurricane Betsy that he would end up practicing medicine here and become known as one of the best-dressed men in town, never failing to wear his signature glasses with colored frames.

He smiles when he is queried about his signature colored frames, and quickly replies, “My glasses are all from Morgenthal Frederics and are all the same identical style called Lifesaver, only the color of each frame is different. I first stumbled by chance into the Morgenthal Frederics flagship store, at 699 Madison Ave. in New York City, in the 1990s after buying some Hermes ties nearby. I immediately liked the distinctive style of the glasses and I quickly became a fan of the available color mixes.”

After Brobson bought his first pair, he was hooked. “I stopped counting how many I have purchased after acquiring some two dozen pairs,” he says. “I buy the frames in New York City and bring them back to Bill Hagstette at Barnett Optical on Metairie Road for the lenses,” he says. “Mr. Bill takes the frames to a tub of hot sand in the back, heats the side arms, and makes a perfect fit every time. Fortunately, I only need a single lens for distance as the price for bifocal lens for each pair I own would be astronomical.” 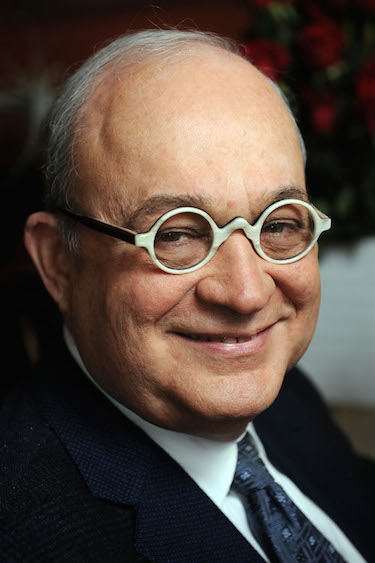 Brobson explains that he has “Mr. Bill” to thank for putting him on to a company that sells commercial storage cases for glasses. “The boxes sit inside a drawer in my bedroom,” he says, adding, “ I also have a small case that holds four pairs for traveling.”

Brobson is a poster boy for Morgenthal Frederics frames. When you open his magic drawer of Lifesaver glasses you will see a kaleidoscope of colors, including the electric blue frames he wore on a national television interview a few weeks after Hurricane Katrina. “After the show, I got a telephone call from my then-95-year-old father saying, ‘Glad to see you are alright. But never wear those ridiculous glasses with blue frames again.’”

Times have changed since Brobson weathered out 1965’s Hurricane Betsy in a cheap suite at the Lafayette Hotel. “I survived Betsy from a perch in the hotel’s bar, went on to graduate from Vanderbilt University with a degree in chemistry, and finished medical school at Tulane University, where I also received a Master’s Degree in Public Health in epidemiology,” he says. Brobson completed an internal medicine residency and infectious disease fellowship at Charity Hospital, and he is board certified in Internal Medicine. Mayor Dutch Morial appointed him Director of the New Orleans Department of Health in 1983, and he was reappointed by two subsequent mayors, giving him the longest tenure of any physician serving as the head of a large city municipal health department in the nation. 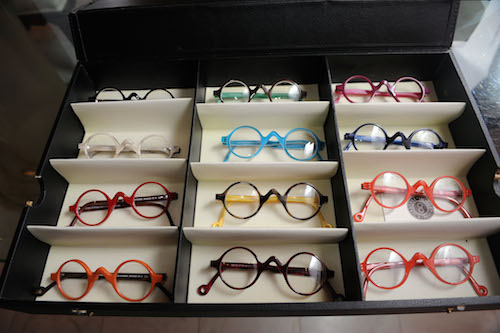 No more cheap digs for the man-about-town who now owns, with his partner Dr. Kenneth Combs, the property where Tennessee Williams, the famed playwright and author of many stage classics, lived. His home is one of the finest restored mansions in the French Quarter. Here, besides his collection of Morgenthal Frederics glasses, you will find his prized collection of Hermes ties.

“In addition to only wearing one brand of frames, my other weak spot is for Hermes ties,” he says. “Andrew Kim at the Hermes Men’s Store on Madison Avenue in New York City has 100 percent recall for every tie I have ever purchased there so no duplicates litter my tie rack.

Further up Madison Avenue, you will find another of Brobson’s favorites: the amazing Jimmy Red Shoes, no known kin to Jimmy Choo, holds court in the men’s department at Etro. “No trip to Manhattan is complete without a visit to these two favorite purveyors,” he says. “Of course, I always go to Morgenthal Frederics to inspect any new Lifesaver hues,” then he pauses and adds, “But I could not survive a summer in New Orleans without Deansgate and Haspel style poplin suits.”

Today Brobson is in full-time private practice specializing in internal medicine and infectious disease (www.combsandlutz.com). He is a past president of the New Orleans Academy of Internal Medicine and the medical staff at what now is called Ochsner Baptist Medical Center. In addition to a weekly live Health Segment every Monday morning on WVUE, he writes a monthly health column for New Orleans Magazine.

And what did he wear on Mardi Gras? “My purple frames,” he quickly replies. “What else would I wear?”